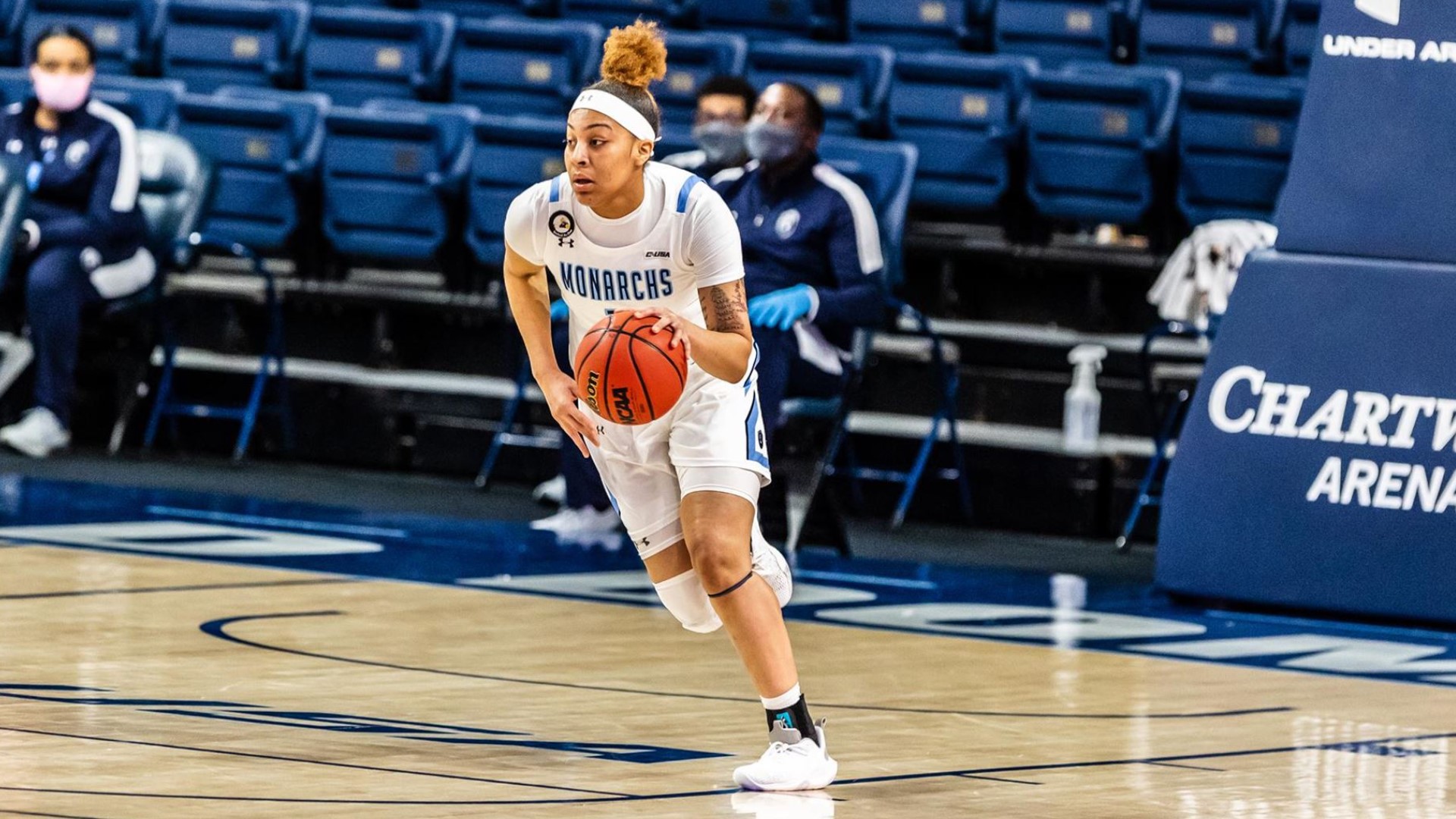 NORFOLK, Va. — The Old Dominion women's basketball team rallied back from a double-digit deficit, to survive WKU, 55-53 Thursday night at the Chartway Arena.

"I am so happy that we won," ODU head coach DeLisha Milton-Jones expressed. "We finally won in a late game situation and we pulled things out. We remained solid even though we shot ourselves in the foot a few times with some of the decision-making that we were trying to make offensively, but we still were able to find a way to grit this thing out."

The Monarchs got started on the right foot in the second quarter with an Aziah Hudson bucket to go ahead, 17-13. However the Lady Toppers (7-14, 6-9 C-USA) responded with a 9-2 run to take their first lead of the contest, 22-19. ODU bounced back with two unanswered buckets, regaining a narrow lead, 23-22 with 5:04 on the clock. The Lady Toppers utilized a 6-2 scoring run the rest of the second quarter to take a 28-25 lead over the Monarchs heading into the locker room.

WKU came out of the gates in the third quarter building an eight-point lead, 38-30, at the 5:18 mark, its largest of the game to that point. ODU continued to fight back with a pair of Amari Young buckets and a Hudson free throw but the Lady Toppers led, 43-35 with 1:37 to go. An intentional WKU foul put Morris at the line, where she downed one and Wayne followed up with a layup, closing in on the Lady Topper lead, 43-38 after the third quarter.

For the game, ODU outrebounded the Lady Toppers, 46-42.