The Monarchs lost to the 49ers 38-22 on Saturday and finish the season with an 11 game losing streak. 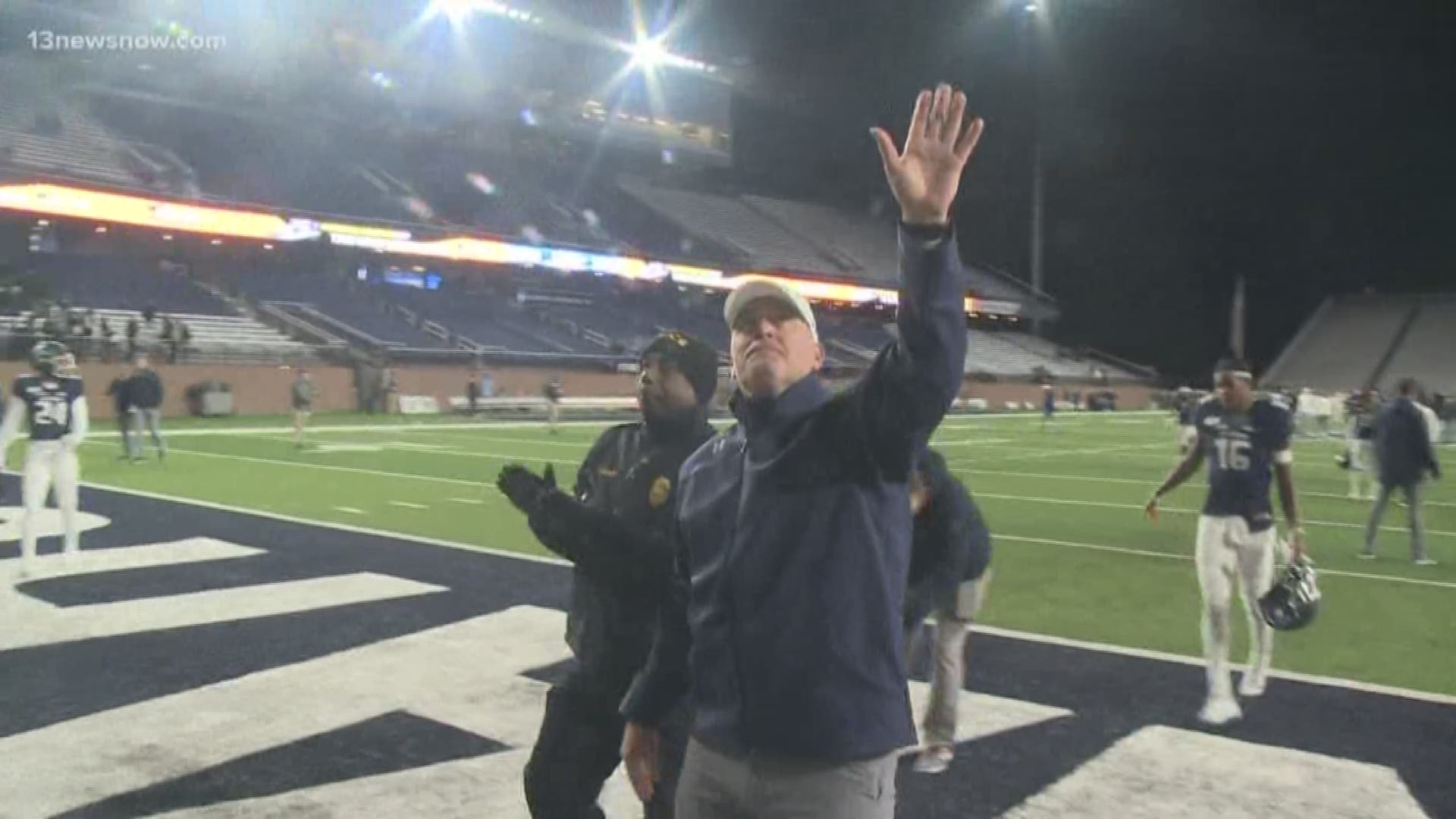 NORFOLK, Va. — It wasn't the ending Old Dominion wanted for its football season. The Monarchs losing their season finale on Senior Day 38-22 to Charlotte on Saturday. It marks their 11th straight loss; third straight losing season and four of the last five.

ODU was without starting freshman quarterback Hayden Wolff who was a late scratch due to a slightly injured shoulder at Middle Tennessee. They fell behind early to the 49ers in the first quarter, but tied the game on a Blake Watson 9 yard touchdown run. They'd never get closer as Charlotte forced Old Dominion into 2 fumbles, 1 interception and sacked quarterback, Stone Smartt seven times.

Afterwards the bigger question was the future of Monarchs head coach, Bobby Wilder, who was upfront, confident and candid about his status. "I'm a coach who's poured the last 13 years of my life into this. I'm saying this humbly, this is my baby. This is something I'm extremely proud of."

Wilder also added, "If I didn't think next year was going to be different because how much I Iove this program, I would step aside."  He's scheduled to meet with Athletic Director, Wood Selig on Monday.