The Monarchs ended the game on a 38-24 run, while the ODU defense held FAU scoreless for 4:30 during that span. 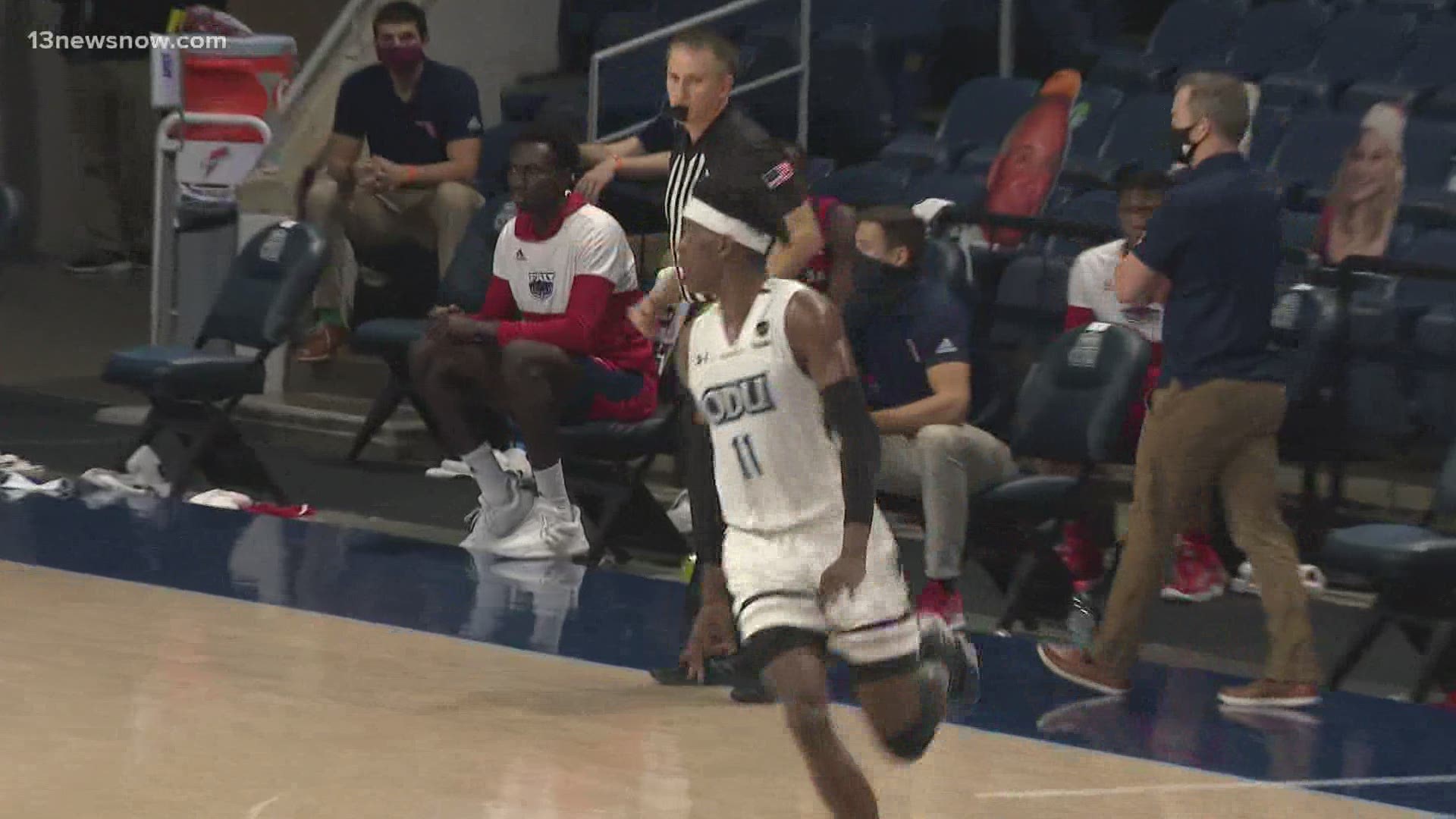 A.J. Oliver II is now 3-4 from deep and has 11 points to lead all scorers!#Monarchs 🦁 | #ODUSports 🏀 pic.twitter.com/hNnSA0jTaO

"This was a good win after a slow start for us," said ODU head coach Jeff Jones. "FAU punched us in the face out of the gates. We just hung in there for a while. A.J. hit those three-pointers and then we became much more aggressive as opposed to just reacting to FAU."

The Monarchs trailed by three, 29-26, at halftime. ODU was led by Oliver II's 13 points and Curry's eight in opening 20 minutes.