Mark Poag is the Monarchs career leader in three pointers with 328. 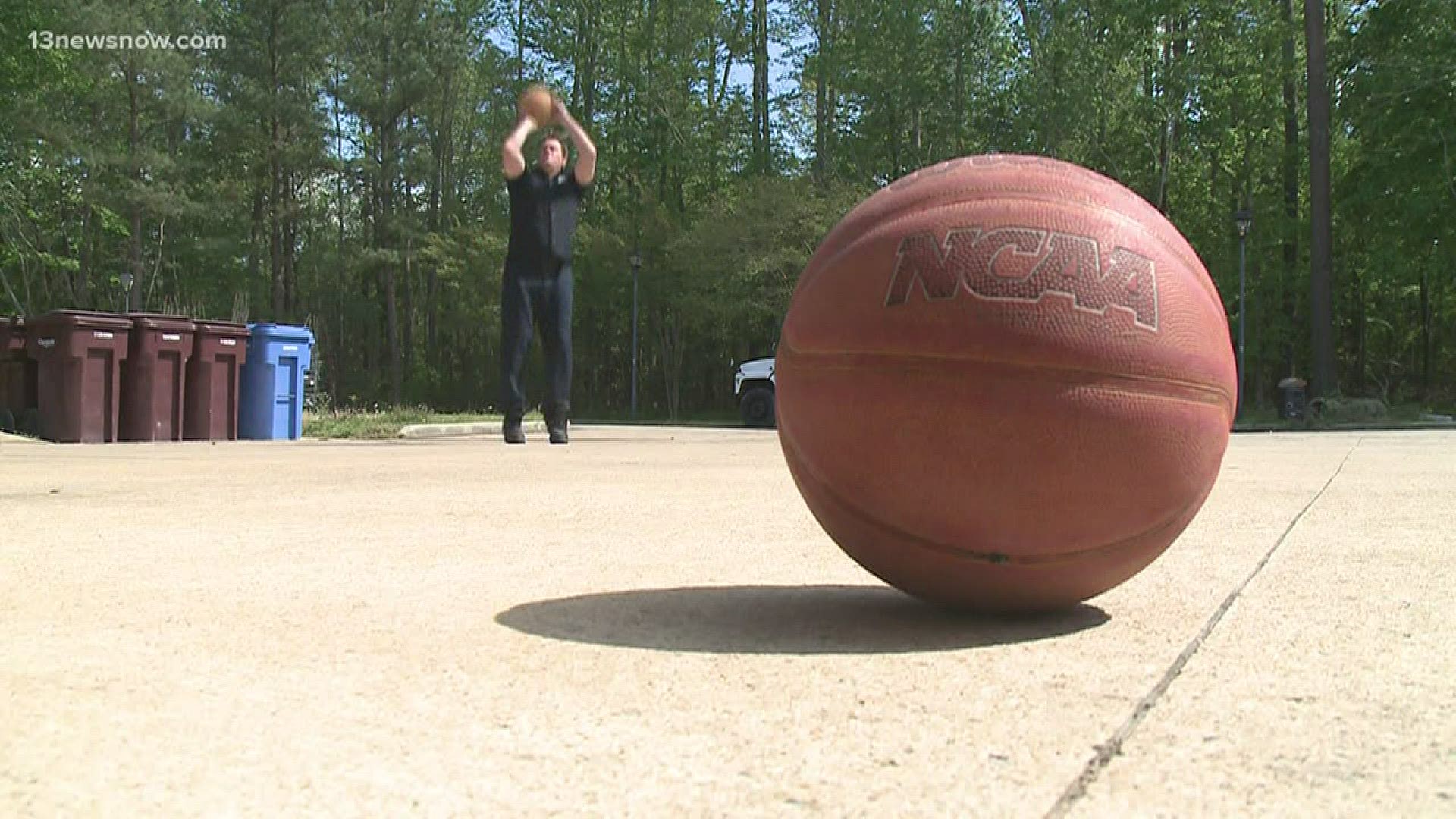 CHESAPEAKE, Va. — On a semi quiet street on Bells Mill Road in Chesapeake, a Station 15 fire fighter is getting in some jump shots at a basket in the back. His form is still there from his days as a college player. He is former Old Dominion guard, Mark Poag who's the school's all-time leader in made three pointers with 328 from 1995-1999. The 42 year old has been with the fire and rescue the past 14 years and sees similarities between the two. "You're relying on your team members here at the station just like in basketball you rely on your team members when you play. Very similar to that you're only as good as your weakest player" he says.

After college, Poag went overseas to play in Germany for a year and then another six in Spain before coming back to Hampton Roads where he and his wife, Shanda would go on to raise four children. He now turns his attention to saving lives. Last week, his station along with other units from Virginia Beach and Norfolk helped save a truck driver who's vehicle jackknifed and was dangling off the high rise bridge in Chesapeake last week. "You've got to be able to depend on everybody", he says.

Poag has nothing but fond memories from his time as a Monarch. "Had a great time playing at Old Dominion. It was probably the best four years of my life. I met my wife at Old Dominion. We've been married almost 20 years now and I'm doing a job now with the fire department that I love to do."