Hunter Gregory ranked 6th in C-USA with 88 strikeouts and walked just 19, while opponents hit just .223 off of him. 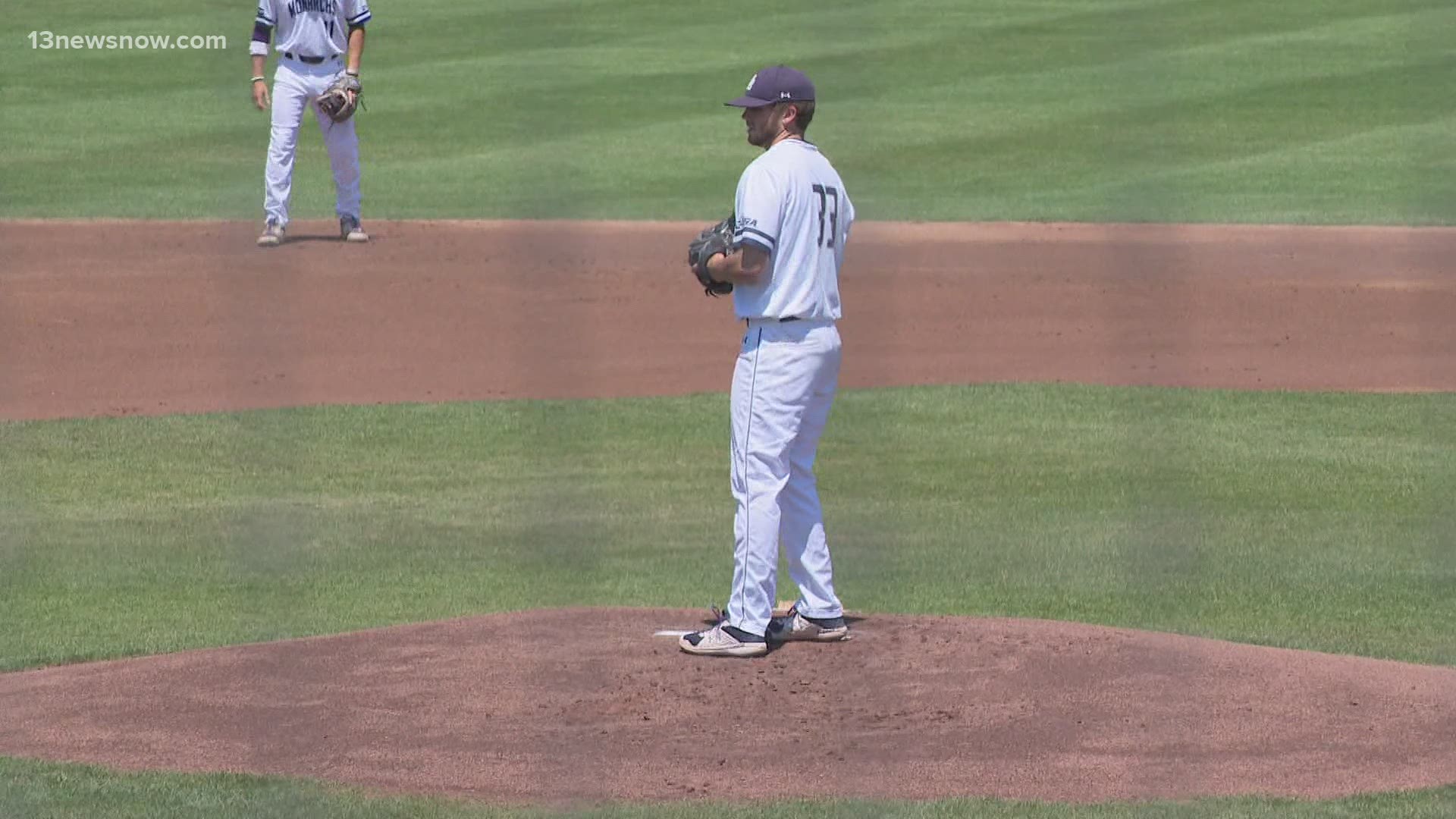 NORFOLK, Va. — Old Dominion University junior right-handed pitcher Hunter Gregory was selected in the eighth round of the 2021 MLB Draft by the Toronto Blue Jays on Monday. Gregory was the 242nd overall pick in the draft. The MLB Draft concludes tomorrow with coverage beginning at noon on MLB.com.

With the 242nd pick in the 2021 @MLBDraft, the @BlueJays select HUNTER GREGORY!#ODUSports | #ReignOn | #Monarchs pic.twitter.com/6BMQpfbuHV

A native of Chesapeake, Gregory tossed three complete-games this season, one of them was a two-hit shutout in an 8-0 ODU victory. He struck out a career-high tying 11 in a six-inning performance against Rhode Island and gave up just one hit in his final performance of the season against Virginia, striking out two and retiring 16-straight before giving up his lone hit on the day.