Former ODU basketball great, Nancy Lieberman along with fellow alum Jay Harris of ESPN were on hand for a basketball celebration party. 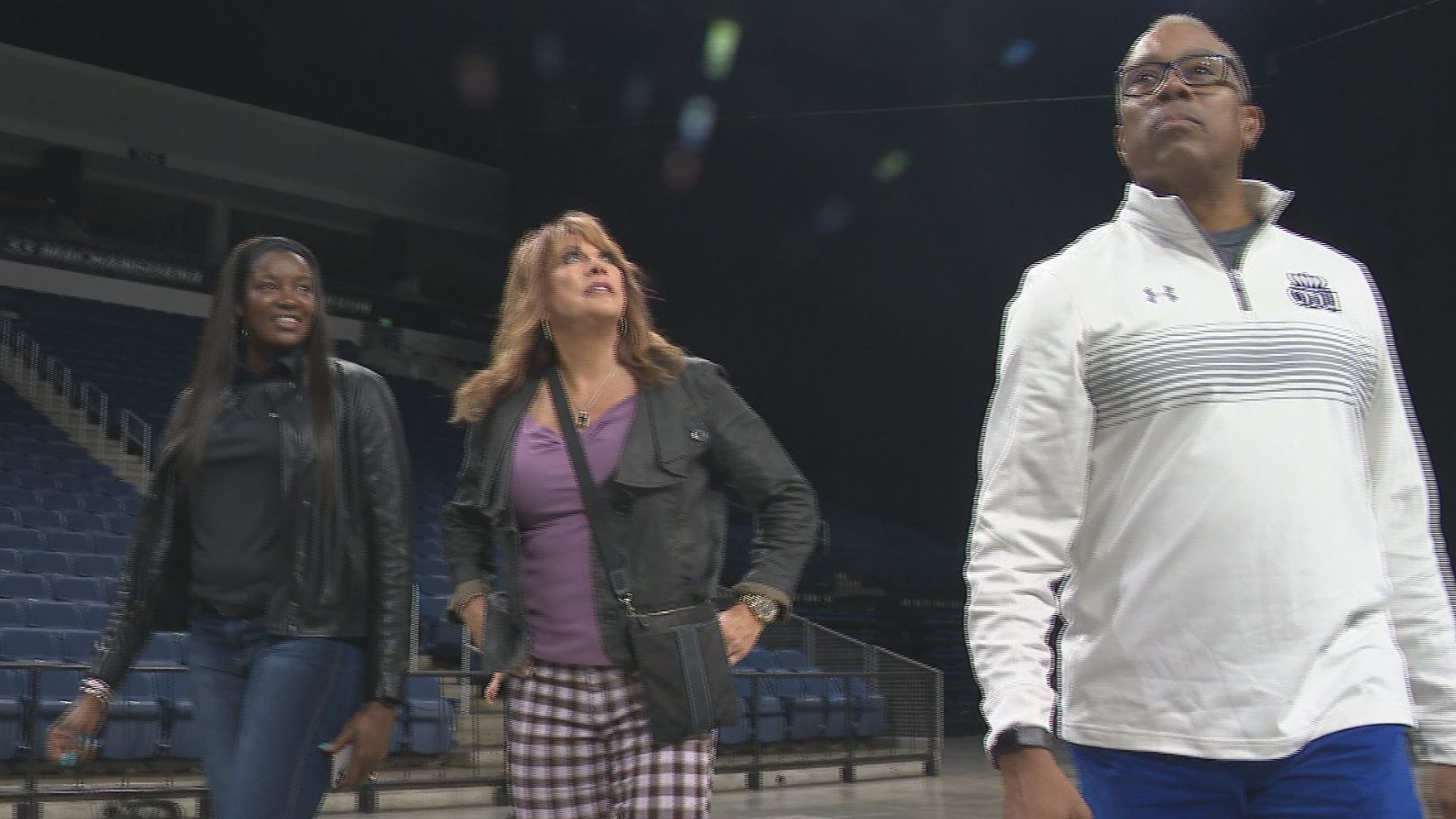 NORFOLK, Va. — Former Old Dominion women's basketball players have always cherished its connection over the years to those before them. Tuesday night was no different at Chartway Arena as head coach DeLisha Milton-Jones called in two of the school's more famous alumni in Basketball Hall Of Famer and former ODU great, Nancy Lieberman and fellow alumnus Jay Harris of ESPN.

Milton-Jones never got to have the proper welcome to town when she was named the head coach due to the pandemic, so she decided to call Lieberman and Harris to be apart of the team's celebration party. The two couldn't be happier to help. "My four years at Old Dominion are still the defining moment of my life and of my basketball career", said Lieberman who's had some significant moments. She helped lead the then Lady Monarchs to national prominence in the 1970's that included two national titles. "The things they do behind the scenes, I could never repay them", says Milton-Jones. "When you have people like that that you can call friend".

Harris, who was born in Norfolk, makes it a point to mention a player from ODU when the opportunity presents itself during highlights on SportsCenter. He says it's all about paying it forward for what was done for him and Lieberman. "We are not where we are without someone else and that giving back has always been apart of us. This is just the next thing that we're doing to give back." The Monarch women open the season with an exhibition game against Christopher Newport on November 1st, then start things officially with a non-conference game against South Carolina State on November 9th. Both are at home.