ODU's Stith and his family exposed to coronavirus

The Monarchs assistant men's basketball coach and his family went to a family function. 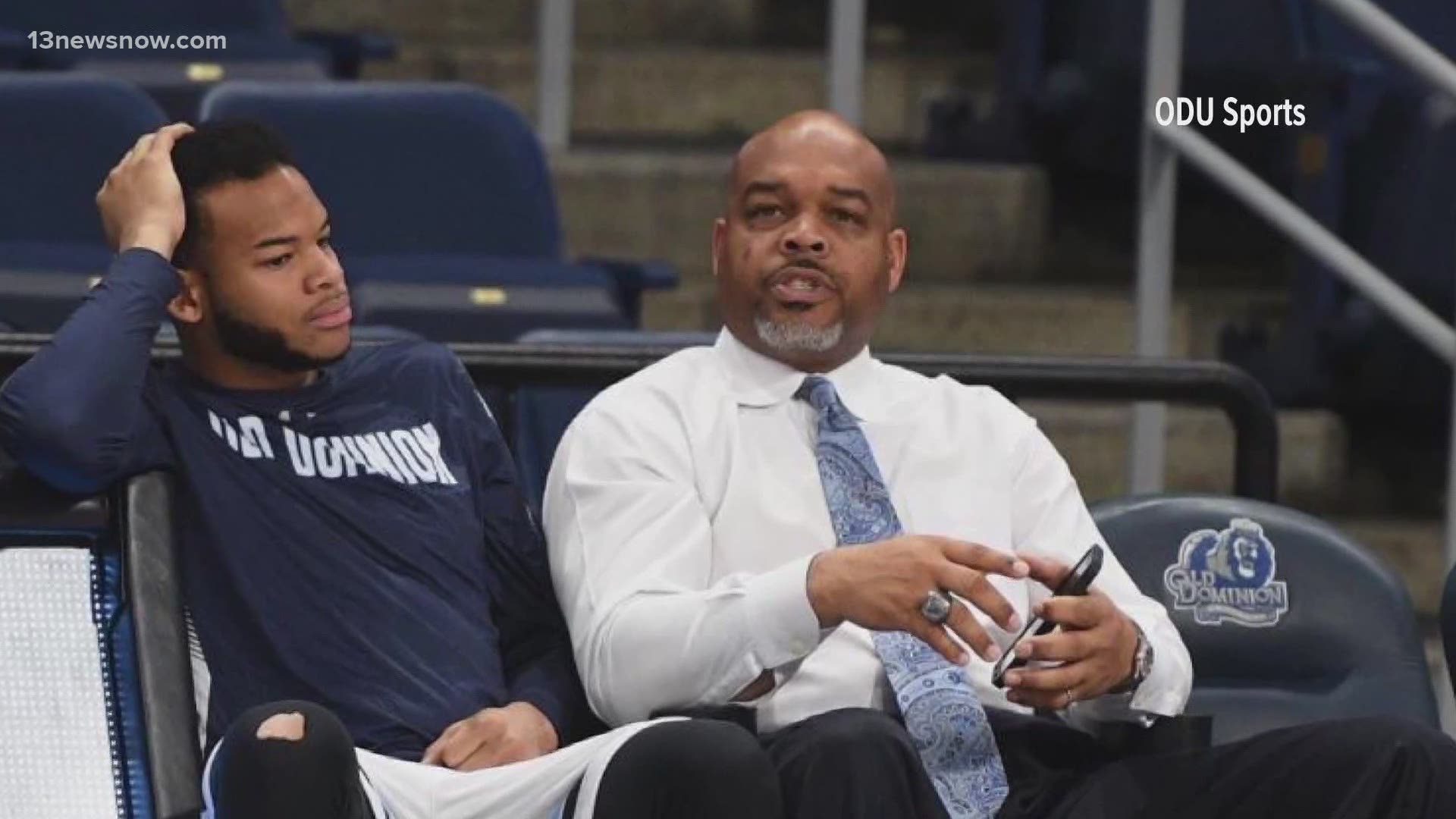 NORFOLK, Va. — Old Dominion men's basketball assistant coach, Bryant Stith is the latest local big name to test positive recently for Covid-19. It was just the beginning for him as the virus started to not only affect him, but his family. It started back in May when he and his family decided to attend a Mother's Day weekend at his mother-in-law's birthday party. They later found out a fellow family member had tested positive for the virus. "We are very vigilant and it was easy for us around strangers when we went out in public and going to the grocery store", he said.  "But it was so easy for us to let our guard down around the people that we've known for our entire lives".

The former University of Virginia & NBA veteran would see his wife Barbara, both his daughters, Brooke and Bria, along with one of his two sons, B-J a former ODU standout himself all test positive. Stith would see the worst of it and after nearly a month, he would see an emergency room and use an inhaler to get him back on his feet while being quarantined alone in his bedroom. "I really got concerned because it started to affect my respiratory system I was having trouble breathing I was coughing continuously and it got to a point where I just said I need to go to the hospital."

About that same time, Stith's father, Norman who had been battling health issues himself the past decade would die from complications from diabeties on May 22nd. He was 77. His son with a heavy heart was working quickly to get better and attend. "My only concern was I have to be able to find the strength to be able to get up on my feet to be able to attend my father's funeral and I played through a lot of injuries throughout my career and I was determined that there was nothing that was going to keep me away from going to honor my father's memory", he said.

Stith feels you have to be vigilant in taking the proper precautions against this current pandemic. "This virus can touch anybody, anywhere at anytime."