ODU's Taiwo using his many talents after football

The senior has prepared for the moment he was done with football, and is ready to move on with several options at his disposal. 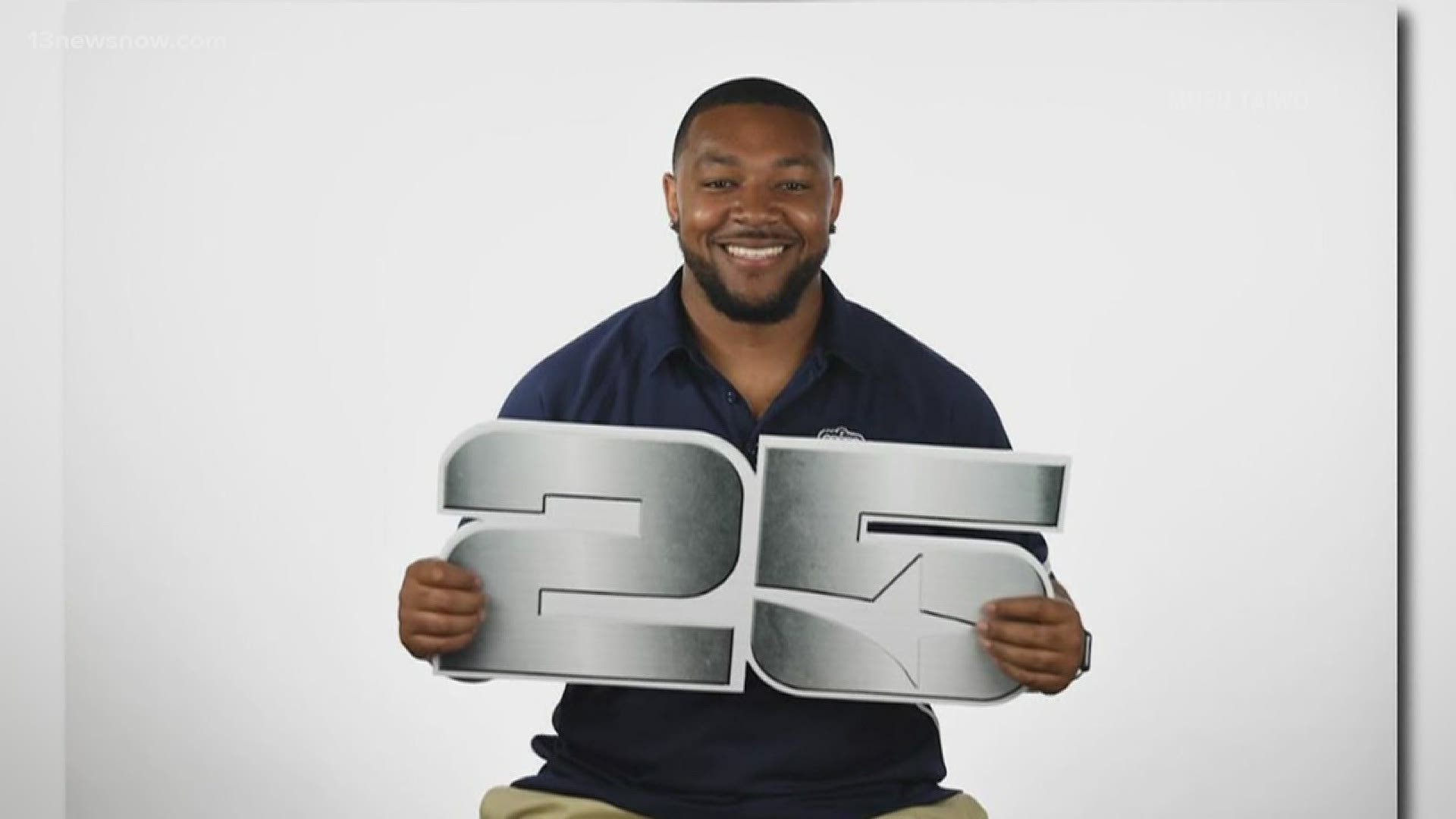 NORFOLK, Va. — Old Dominion defensive lineman Mufu Taiwo took a different approach than some of his former Monarch teammates. With the Covid-19 pandemic wiping out any chance at an NFL Pro Day, the senior had already mapped out his plans by networking at his alma mater. The 23 year old was more than ready to hang up his cleats and move on from football. With his degree in cyber security, Taiwo tried his hand in sports management. It was a talk with ODU Athletic Director, Dr. Wood Selig that peaked his interest. "That conversation that he had with me was like 5 or 10 minutes", said Taiwo. "That 5 to 10 minutes impacted my life."

He had a busy senior year off the field for the Monarchs. Among the positions, the 6-5, 312 pounder was president of the ODU Student Athlete Advisory Committee and also had the same position with Conference USA. Taiwo is weighing his options as to where he'll go with his professional career. He comes from a family that's served in the military that includes his father, who's a former retired lieutenant colonel in the U.S. Army Rangers. Then again, there's the chance at maybe becoming a school's athletic director, like Selig, or president of a school, like John R. Broderick who've both guided him. He's a person that likes to connect with college students. "Just the growth that you see when you come in as a freshman and then once you leave. It's just amazing to me", he says. "I'd rather help somebody else out then look for something that may or may not happen (football)."