Wilder still upbeat about his Monarchs

Regardless of ODU's loss to Virginia Tech, head coach, Bobby Wilder likes what he sees in his team. 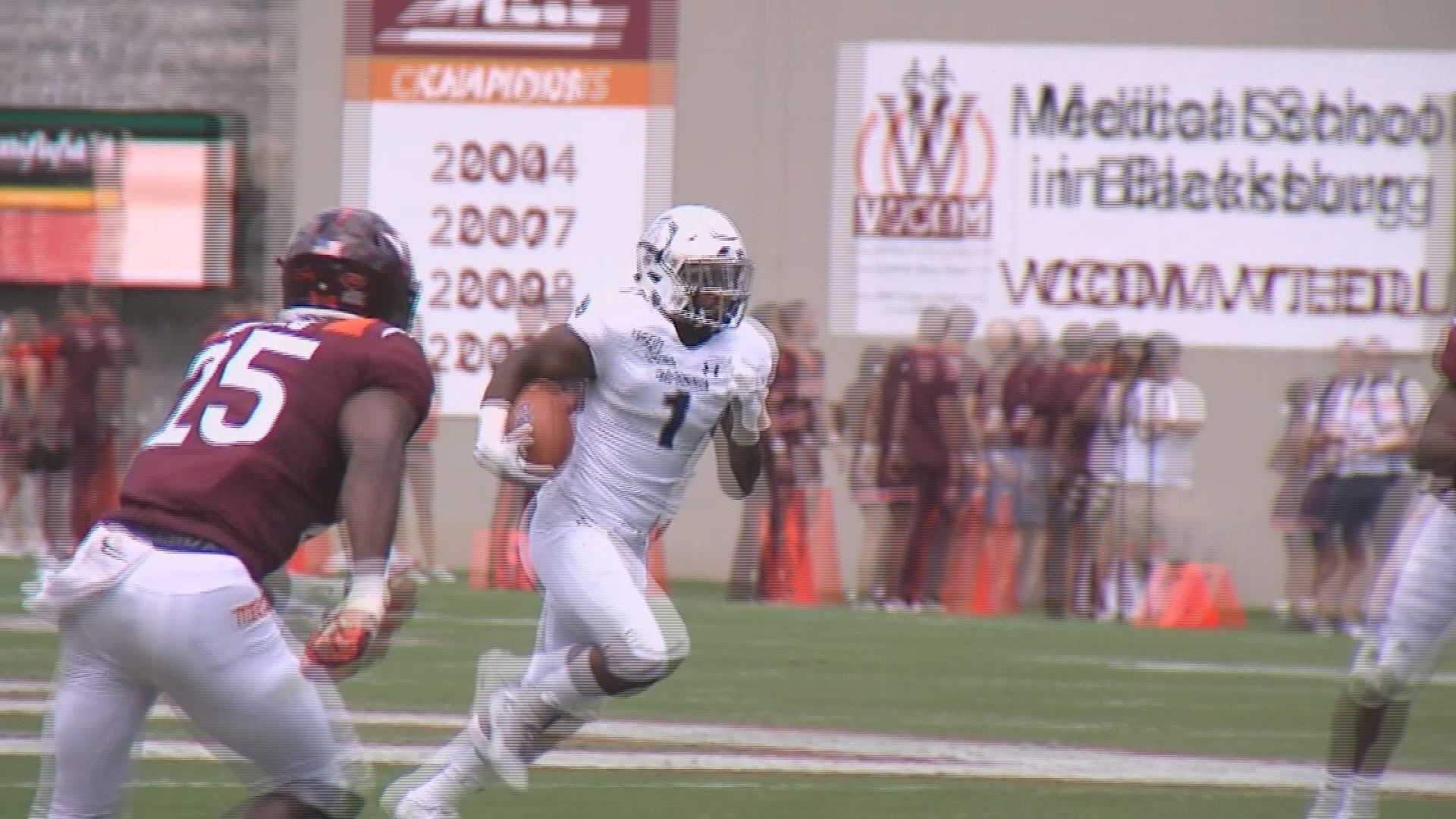 NORFOLK, Va. — Despite losing to Virginia Tech over the weekend 31-17, ODU head coach, Bobby Wilder felt good about his team after two games at his weekly press conference on Monday. "There was a lot that we did well", he said. "There's still a lot we need to work on."

The Monarchs showed incredible resilency as they rallied from 24-3 down to get within a score of the Hokies at 24-17 in the 4th quarter. Tech would add a score for the win. Wilder spoke about how his team is going through a metamorphosis in who they are on the offensive side of the ball going more run oriented than passing. Its been due to all the new faces on the team. "When you switch in 9 months from one of the best passing teams in America to now hopefully one of the top rushing teams, there's some growing pains. We're still trying to figure out who we are."