The Monarchs (1-1) scored more points in an single game than they did all last season. Senior guard Malik Curry had 24 points and A.J. Oliver II 19. 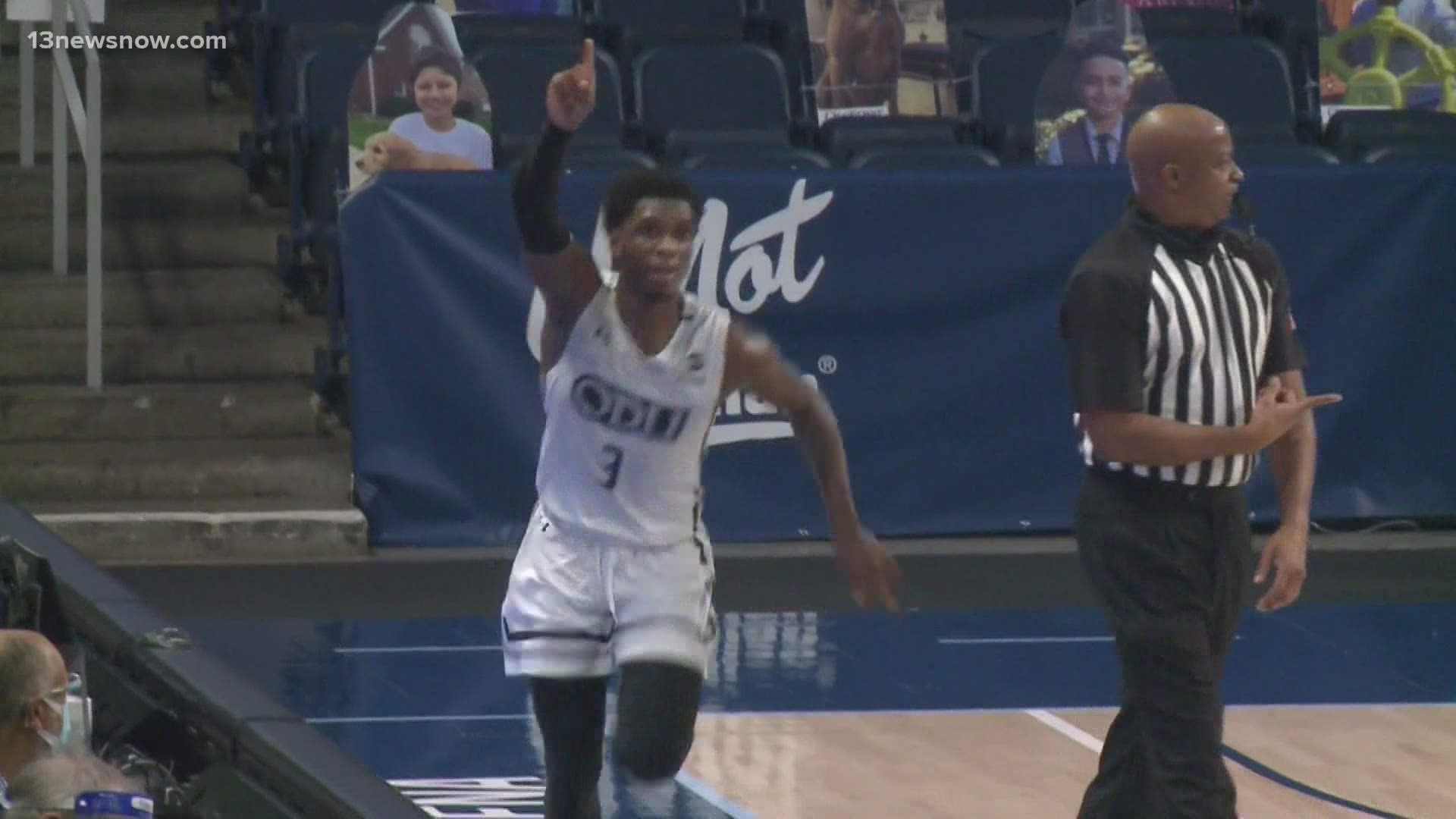 NORFOLK, Va. — Playing with an offensive surge unlike anything seen last season, the Old Dominion University basketball team rolled past William and Mary, 86-78, Saturday night in its home opener at Chartway Arena.

The Monarchs (1-1) scored more points in an single game than they did all last season. Senior guard Malik Curry had 24 points and A.J. Oliver II 19.

The last ODU home game was played on March 11, when the women's lacrosse team fell to Quinnipiac, 16-11. Since then, every field, stadium and arena on campus has been empty.

Saturday's game was played under strict guidelines set by the state -- only 250 spectators were allowed, everyone wore masks and social distancing was practiced on the benches and even press row. All post-game interviews were conducted online.

"It's much different" than playing with fans, ODU coach Jeff Jones said. "Everything is different. We just have to adjust as we go along.

"Whatever changes we've experienced so far, there will be more in the future. Things are very unpredictable. You can't take anything for granted."

ODU led most of the way but had trouble putting away the Tribe. ODU took a 15-point lead, 69-54, with 8:39 left only to see the Tribe trim the lead to 76-70 with four minutes left. Curry and Oliver then made back-to-back baskets to build it back to ten.

Then, with 2:01 left, Jaylin Hunter made a fallaway 3-pointer as the shot clock expired to give ODU an 83-70 lead.

ODU has dominated the 48-year-old series with the Tribe (0-1), but had lost seven of the last nine against William & Mary entering Saturday.

Jones said ODU has added some wrinkles to its offense to cater to his talent. The Monarchs aren't as tall as last season but are quicker and faster.

"We revamped our offense, trying to make it less stationary and more fluid," Jones said. "We're a smaller team, but we feel like we've got some good movers."

ODU had 23 points off of turnovers or on the fast break.

ODU plays next on Tuesday night at Norfolk State at 8.The game will be televised locally by WGNT-TV.

"We were happy to get the win but Norfolk State is another big one," Jones said. "I'm sure it will be a high-intensity, emotional game."