ODU Baseball has a connection to the World Series; again

Rays pitcher, Ryan Yarbrough and bench coach, Matt Quatraro are the newest Monarchs to make an appearance in the fall classic. 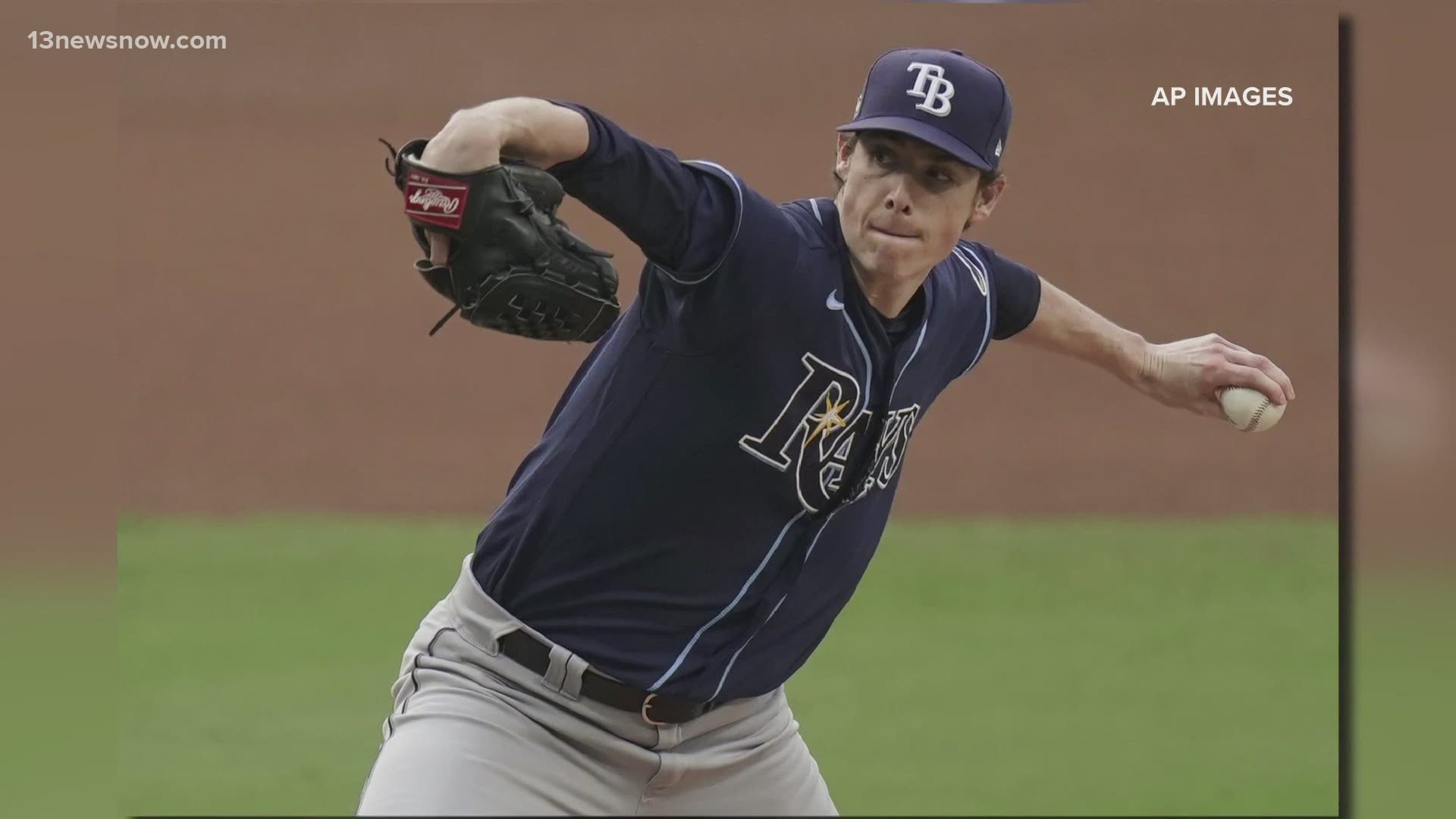 NORFOLK, Va. — You can now add Tampa Bay pitcher, Ryan Yarbrough and bench coach, Matt Quatraro to the list of former Old Dominion baseball players to be in a World Series. The two now are the latest to join Houston's Justin Verlander and Washington's, Daniel Hudson to be in the fall classic.

They are among several from Hampton Roads that will be playing in the series. Rays infielder, Brandon Lowe of Suffolk and Chris Taylor of the Dodgers is from Virginia Beach. Monarch baseball coach, Chris Finwood is quite familiar with Yarbrough and Quatraro and is proud his fellow ODU alums will be seen on the world stage. "They're both Monarchs", he says. "We're all rootin' hard for them. We talk about it in practice everyday."

Finwood is the first to admit, he didn't see Yarbrough as one of those "it" guys set for the majors like Verlander or Hudson who've since won World Series titles. Yarbrough had to evolve into the pitcher he's become since leaving Old Dominon and coming through the Rays farm system. "When you're pitching 88 to 91 mph, that's the bottom end of the food chain for velocity", says Finwood. "He has to be very precise with his location and he's done that." Now he gets to showcase it for a chance at a title.