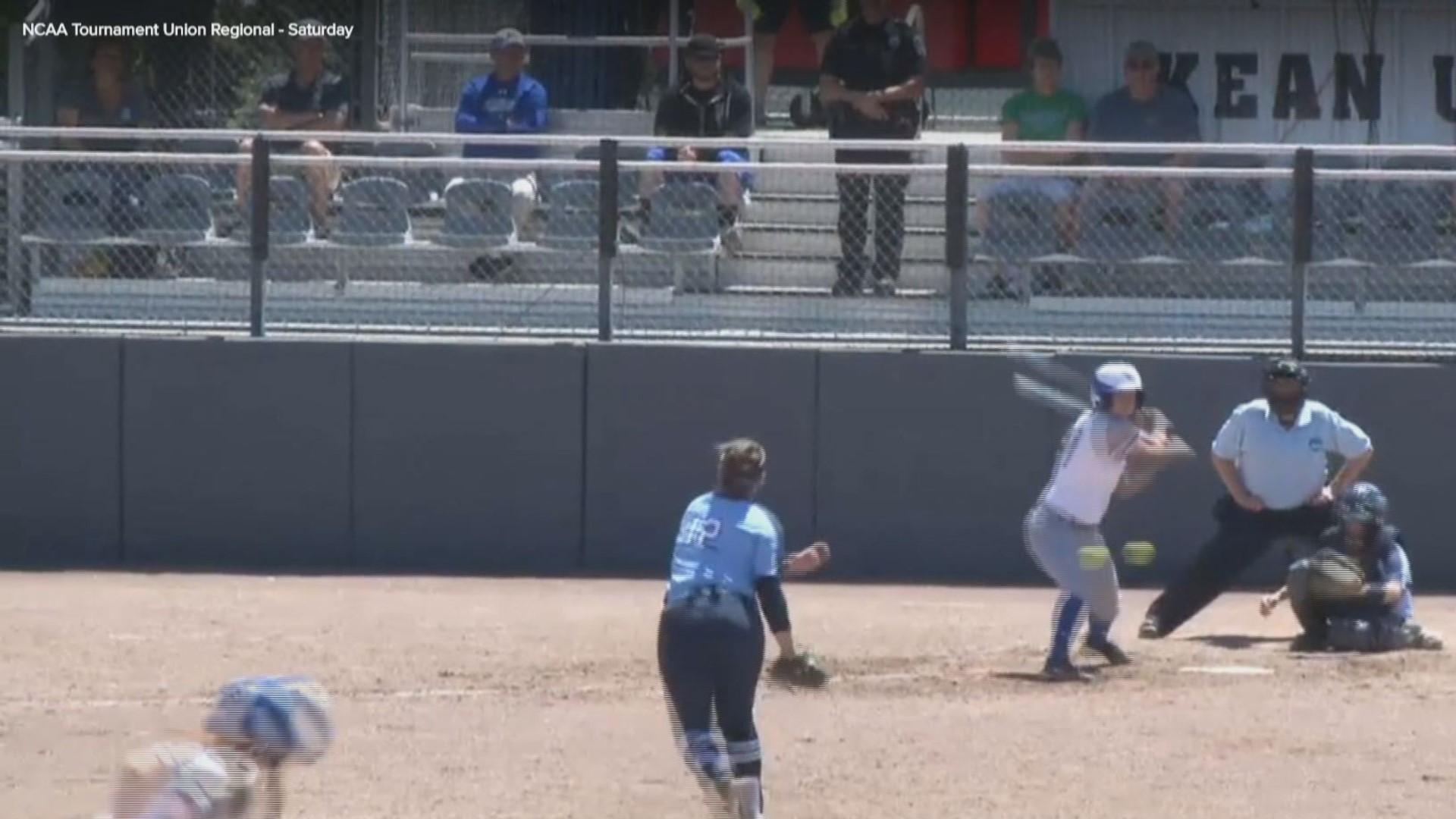 UNION, N.J. — The big bats came through again Saturday for Christopher Newport, as the ninth-ranked Captains clubbed three more home runs in an 8-3 victory over host Kean University. The win improved CNU's record to 35-7 and Keith Parr's squad will now advance to the NCAA Regional final on Sunday, with start time set for 12:00 p.m.

Sophomore designated player Patty Maye Ohanian again led the way, smacking two more home runs after opening the regional on Friday with two blasts. She now has 14 for the season. Freshman third baseman Bailey Roberts also hit her second in as many days, her tenth of the year.

Junior pitcher Aubrey Bates went the distance for CNU, allowing three runs on six hits as she improved her record to 12-2 on the season. "Kean is a really good team, and we knew we were going to have to play well to win," Parr said following the victory. "There was no one key to this win, we just worked hard and got the hitting and pitching we needed at the right times."

The Captains jumped to a fast start, scoring two runs in the top of the first inning. With two outs, Ohanian singled to center and Roberts followed with a two-run shot to give the Captains a lead they would not relinquish. After the Cougars plated single runs in the first and third innings to tie the game at 2-2, CNU erupted for four in the top of the fifth to grab a 6-2 edge. Sophomore right fielder Maddie Hool singled to drive in center fielder Keely Crittenden, who had led off the frame with a double, to break the tie. Ohanian then came to the plate and cracked a three-run shot to center to make it 6-2.

The Cougars then got a bit closer with a single run in the fifth to make it 6-3, CNU added two insurance runs on Ohanian's second blast of the afternoon, a two-run shot in the seventh to secure the 8-3 triumph.

Ohanian, who has upped her batting average 26 points to a team-high .463 over the last two days, is now seven-for-eight over the first two games of the regional with four home runs, a double and two singles. She has scored six runs and driven in eight. Ohanian is one of 25 softball standouts nationally still under consideration for the Schutt Sports National Player of the Year honor.

Bates, who struck out three and walked four, wiggled out of several jams and had just one clean inning, a 1-2-3 seventh frame to close out the win. She benefited from a double play to end the second inning, and later stranded three by getting a popup to end the fifth. Kean, now 38-7, left eight runners on base in the loss. "We're in the driver's seat now and need to take care of business," Parr continued. "Rest is key, we need to take it easy tonight and be ready to go again tomorrow afternoon."

The three home runs on a sunny and pleasant day in northern New Jersey give the Captains 67 for the season in 42 games. Christopher Newport's previous record for round-trippers in a season was 50 in 2011.

CNU's opponent in the final will be determined following the completion of Saturday's games at Cougar Softball Field. The Captains, who are now 36-32 in NCAA play all-time, opened the 2019 tournament Friday with a 10-2 triumph over the College of Staten Island. CNU would have to lose twice on Sunday in the double-elimination regional to be knocked out of the tournament.