Norfolk family cheers on one of their own, as boxer Keyshawn Davis eyes Olympic gold

A 22-year-old athlete from Norfolk is preparing for the chance of a lifetime. His family spoke with 13News Now to reflect on the journey to Tokyo. 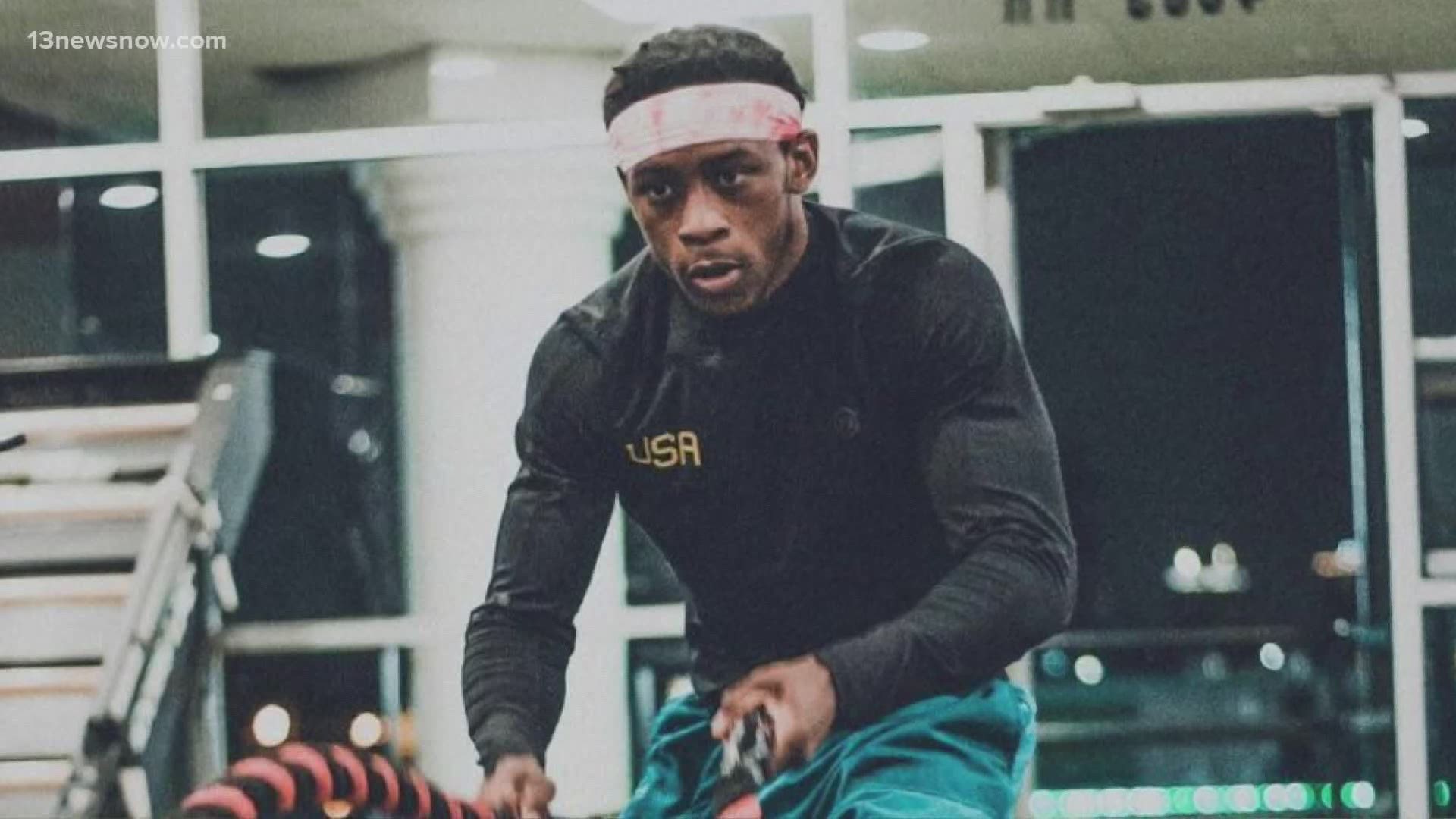 The Norfolk native went pro earlier this year. Now, he's a lightweight boxer on this year's U.S. Olympic team. The 22-year-old is in Tokyo and in total prep mode.

"When he was called back, I was even more excited for him. Because like he said, it was obviously meant to be for him to go to the Olympics," said mom Wanda Davis.

Love for the sport runs deep in the Davis family.

The three brothers, also known as DB3, have all boxed since they were young. Eldest brother Kelvin is a professional boxer and youngest brother Keon plans to enter the pro-boxing world.

The family tells me that they're feeling excited, anxious, confident, and happy for Keyshawn all at the same time.

"Ready to see him stand on the podium with a gold medal. So that's really how we feel at this moment," said sister Shantel Davis. "Of course wishing that we were there with him, like we had all planned to be there with him, but pandemic said otherwise."

While they can't be there, they Facetime with him every day, cheering him on from home. Keyshawn's first fight is scheduled for July 25.

The family also tells me there are things in the works to support Keyshawn throughout the Olympic games. One thing for sure is a big homecoming.

GOING FOR THE GOLD: Norfolk native and boxer @KeyshawnDavis8 is in Tokyo training for the #Olympics. His family back home tells me how they’re feeling leading up to the first fight.

Our story tonight on @13NewsNow at 11:30 (after the #NBAFinals). pic.twitter.com/MIORawDzKV