Virginia beat ODU 4-3 in 10 innings to secure the final spot in the Super Regionals. 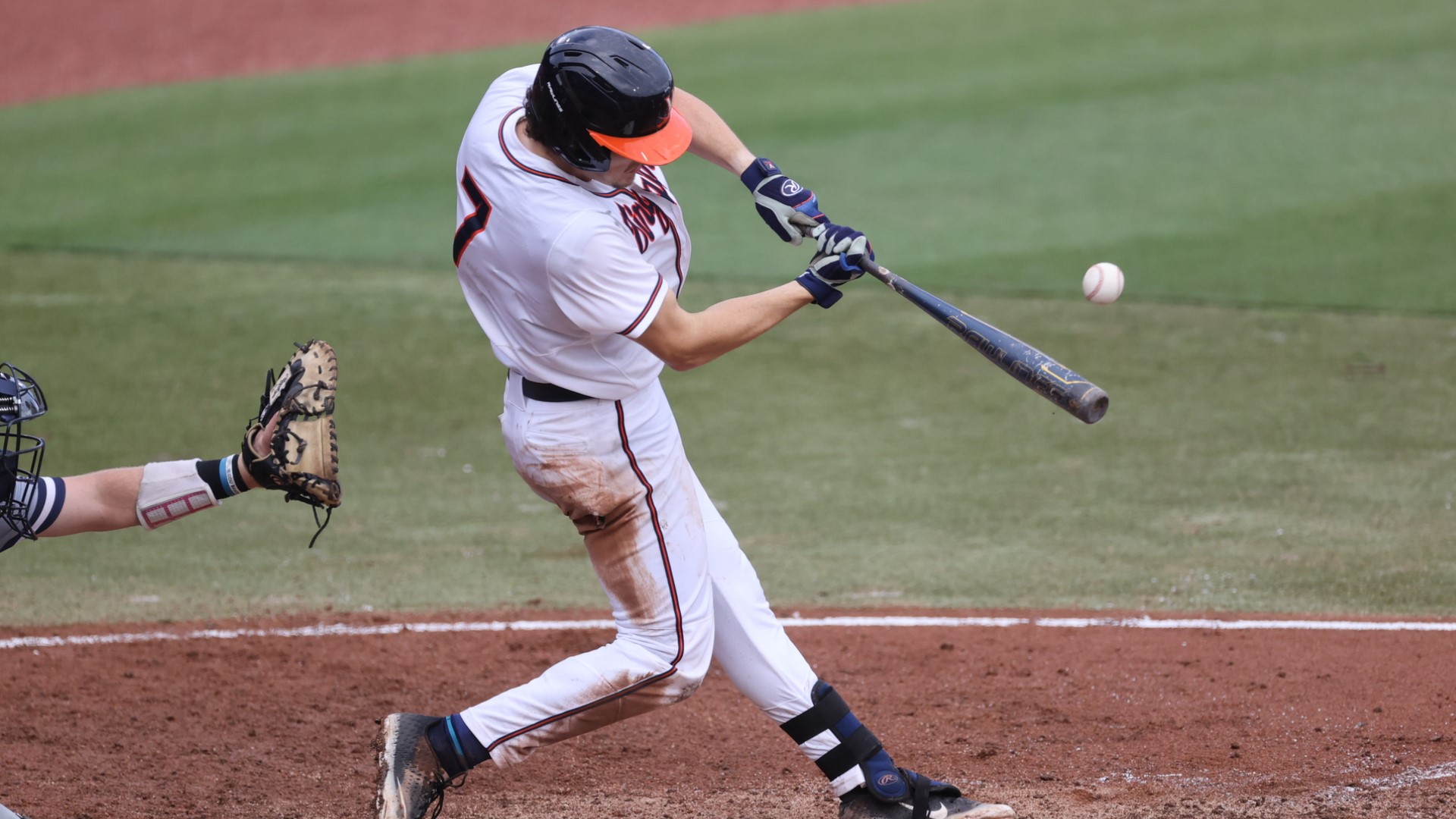 COLUMBIA, S.C. — Devin Ortiz pitched four scoreless innings and hit a walk-off homer in the 10th as Virginia earned the final spot in the super regionals with a 4-3 victory over Old Dominion.

Ortiz had only pitched two innings all season due to a shoulder injury, but he got the start in the deciding game of the Columbia Regional.

Ortiz struck out six while allowing just one hit and two walks, and his eighth home run of the season ended in a Gatorade shower at home plate.

Virginia won four straight elimination games to get to its seventh super regional in program history — the first since 2015.

JUST IN: The guy who started the game ends up WINNING the game! @ortiz_devin with the walk-off homer in the 10th. @UVABaseball takes down @ODUBaseball 4-3. Monarchs season abruptly ends as they finish 44-16. @13NewsNow #ReignOn⚾️⚾️⚾️ pic.twitter.com/ZHFAPpV7Uh

The Cavaliers will face Dallas Baptist this weekend.

The Cavaliers tied it at 3 in the eighth when Zack Gelof scored on a wild pitch. Closer Stephen Schoch (4-1) threw 75 pitches in 3 1/3 innings, allowing two runs, one earned, while striking out five.

Old Dominion (44-16) was seeking its first appearance in a super regional.

Old Dominion starter Hunter Gregory was perfect going into the sixth before Logan Michaels doubled with one out. Jason Hartline came in and got the final two outs of the inning.

It was the sixth regional Game 7 to go to extra innings since the format was implemented in 1999.