The Tigers put up big numbers in a 64-0 shutout of the Hickory Hawks on Tuesday night. 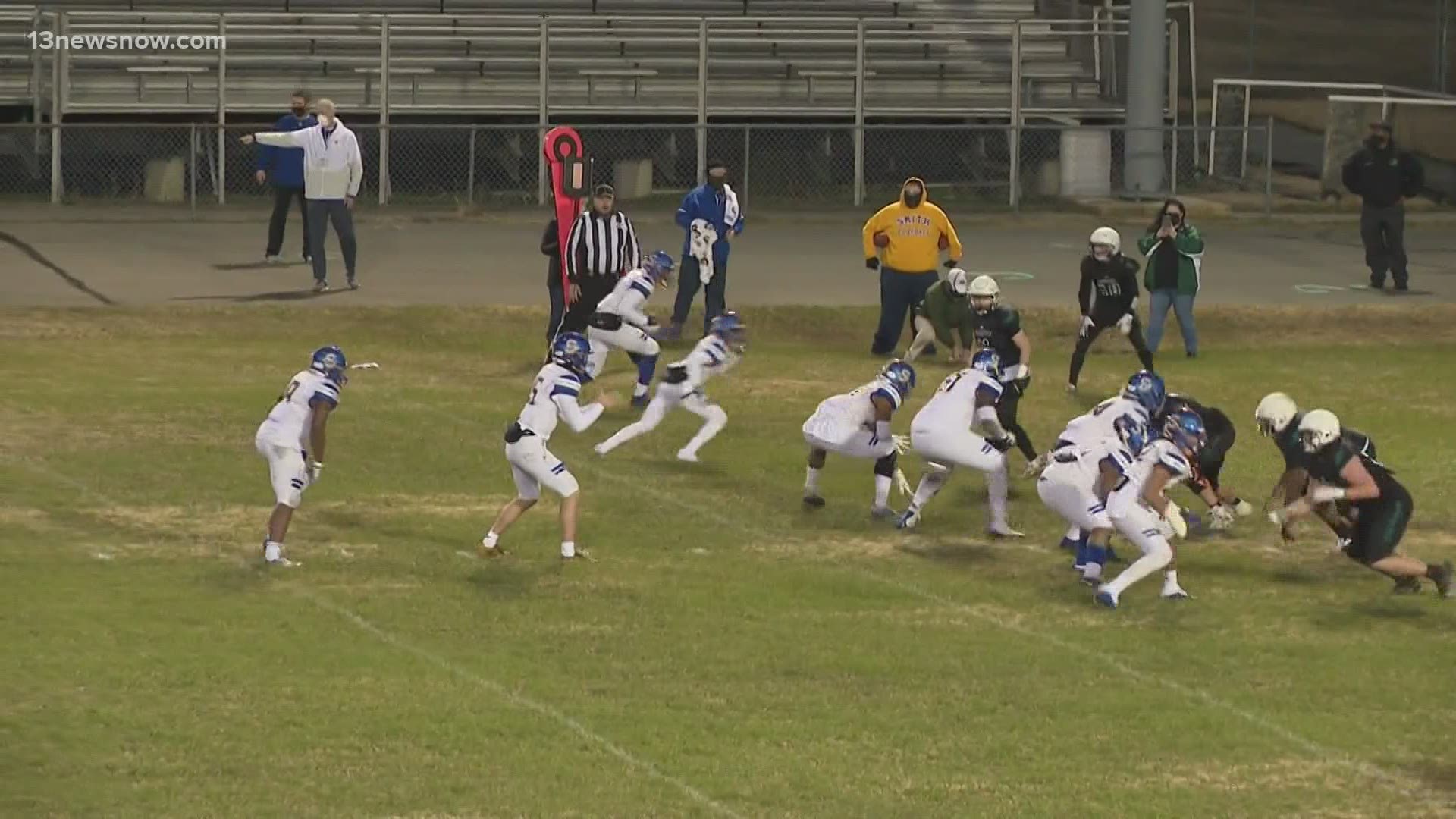 CHESAPEAKE, Va. — It's as if they never left. On opening night, Oscar Smith looks just as dominant as their last team that played in the state championship game in 2019. The Tigers dominated from the start in a 64-0 win over Hickory.

Oscar Smith led 46-0 at halftime. Tigers quarterback Ethan Vasko ran for two scores and threw for one more on the night.

Running back Kevon King was nearly impossible to take down. He barreled his way to four rushing touchdowns in the opening game rout.