Oscar Smith tunes up with a playoff shutout

The Tigers had little difficulty with Grassfield and won their opening round playoff game 48-0. 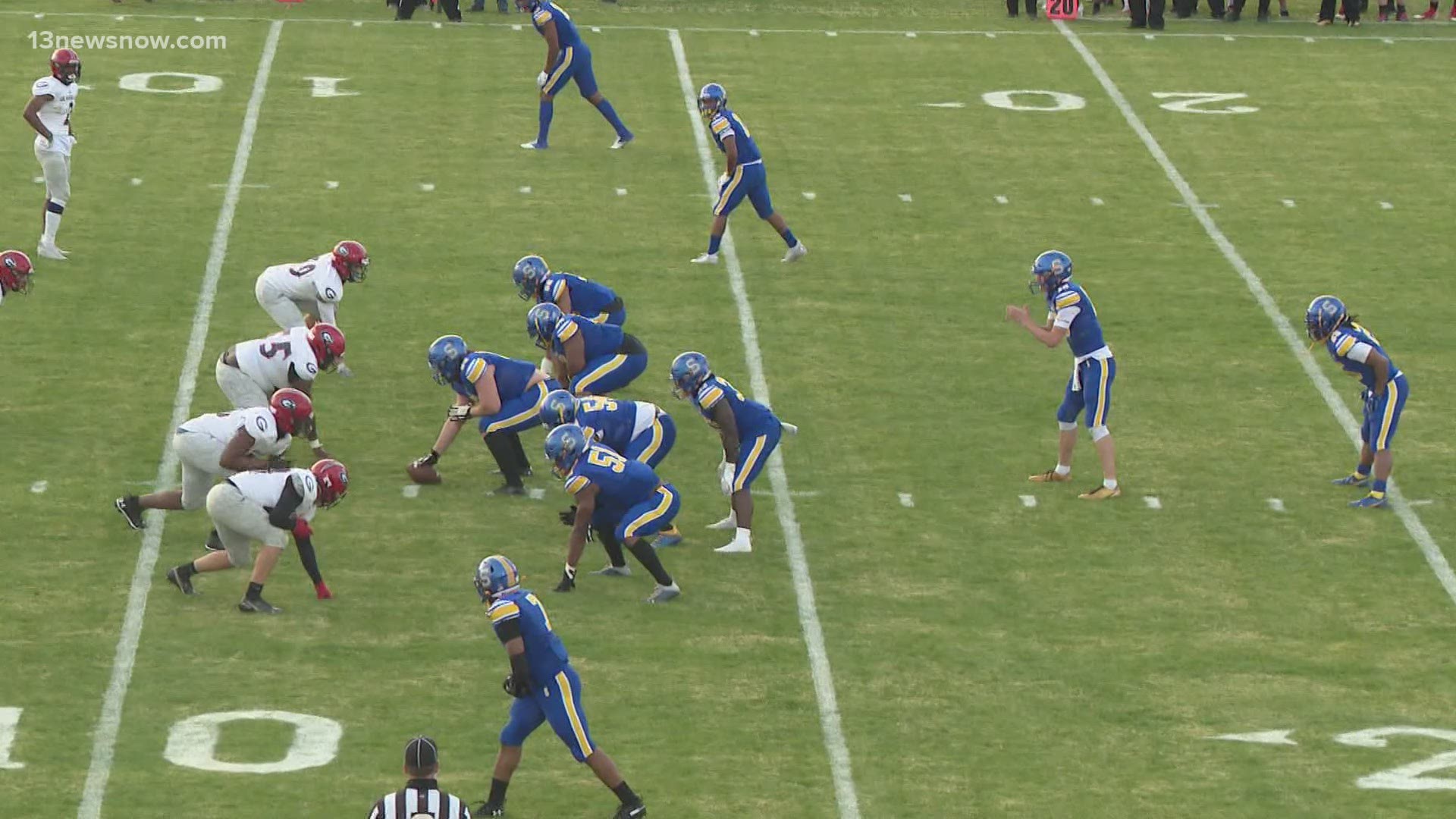 CHESAPEAKE, Va. — Oscar Smith certainly has an abundance of talented football players. In their playoff opener with Grassfield, one Tiger stood out above the rest. Kole Jones had a special night in his team's 48-0 whitewash of the Grizzlies.

Jones is a three-way player for the Tigers. Not only was he on the field for most every play on Thursday night, he seemed to be involved in most every snap.

Jones caught three touchdown passes. They went for 12, 78 and 70 yards. On defense he shutdown a Grizzlies drive with an interception in the endzone. He has been known to run kicks back for scores, but somehow that didn't happen against Grassfield.

The Tigers will be hosting Thomas Dale next week in round two of the Class 6 playoffs.