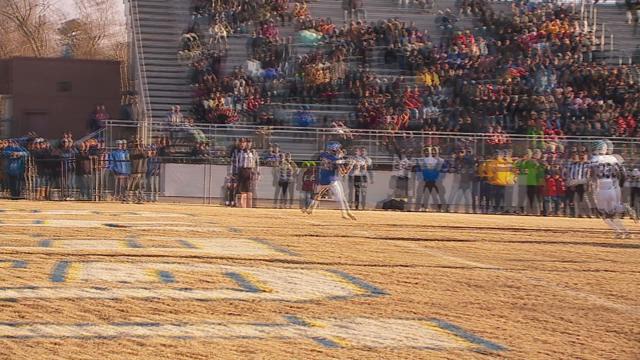 CHESAPEAKE, Va. — Fourth and 8 from just about midfield, and the clock careening towards zero. If the Tigers failed to convert, their season may be over. Even if they converted, there was a lot of work still to do. A struggling offense and a rabid Colonial Forge team that could sense their victory didn't inspire much confidence.

Before that play became a game winner, they needed their defense to do what Colonial Forge's could not.

From nearly the same spot the Eagles stared down their season in the form of 4th and 7. A pass over the middle inspired a lot of contact, but ultimately no flag. Forge players looked to the officials in desperation, while the Tiger's celebration had already begun.

18-16 was the final as Oscar Smith moves on to the State Championship.