Oscar Smith is one step away... again 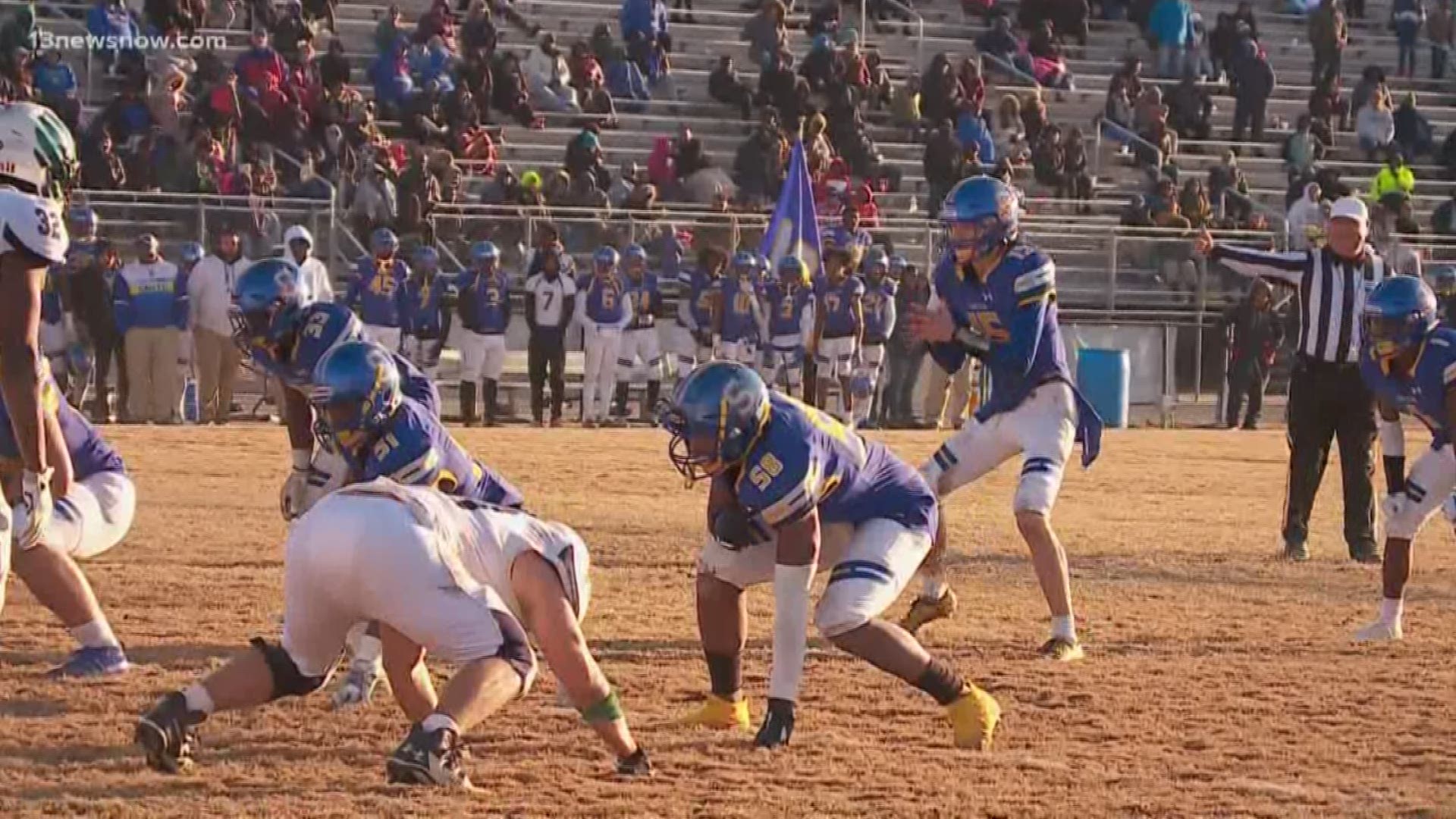 CHESAPEAKE, Va. — This is nothing new for Oscar Smith High School. They're playing South County out of Northern Virginia for the Class 6 state football title on Saturday.

The Tigers won it all in 2008 and 2011. Even when they are not winning it all, they seem to be playing for it. This is the Tigers seventh trip to the championship game in the last 11 years.

It's the first year for Chris Scott as head coach at Oscar Smith. Scott led Ocean Lakes to a title in 2014, so he knows what it takes to win a championship. He told us it's a process, "You have to be a champion way before you're crowned and way before you're awarded the trophy and all your rings. And that's how we act every single day. That's how we treat each other on the team and how we interact with the community."

Kickoff the championship game is 4:30 at Hampton University's Armstrong Stadium.