The sophomore came through with a game winning td on 4th down to advance to the Class 6 state finals. 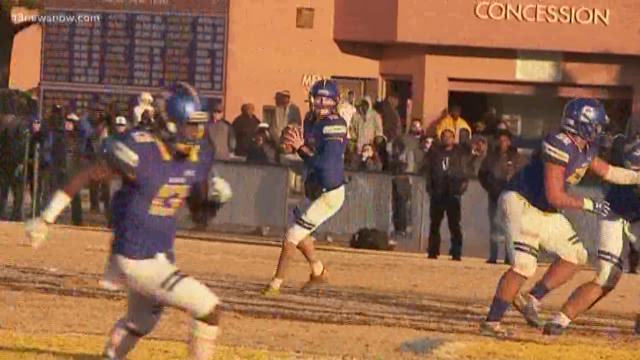 CHESAPEAKE, Va. — As the Oscar Smith Tigers head to their 7th state final, they have quarterback, Ethan Vasko to thank. The sophomore came through on a 4th down play against Colonial Forge. He connected with fellow sophomore, Amonte Jones for a 55 yard touchdown to win over the Eagles 18-16. A well deserving effort for our Athlete Of The Week.

Vasko has had that kind of season for the Tigers. He's passed for over 2,800 yards to go with 42 touchdowns. The later put him second on the South Hampton Roads single season list. Oscar Smith will take on South County in the finals and going for third championship and first since 2011.