Hampton residents are once again enjoying the sands at Buckroe, Fort Monroe, Salt Ponds and Grandview. 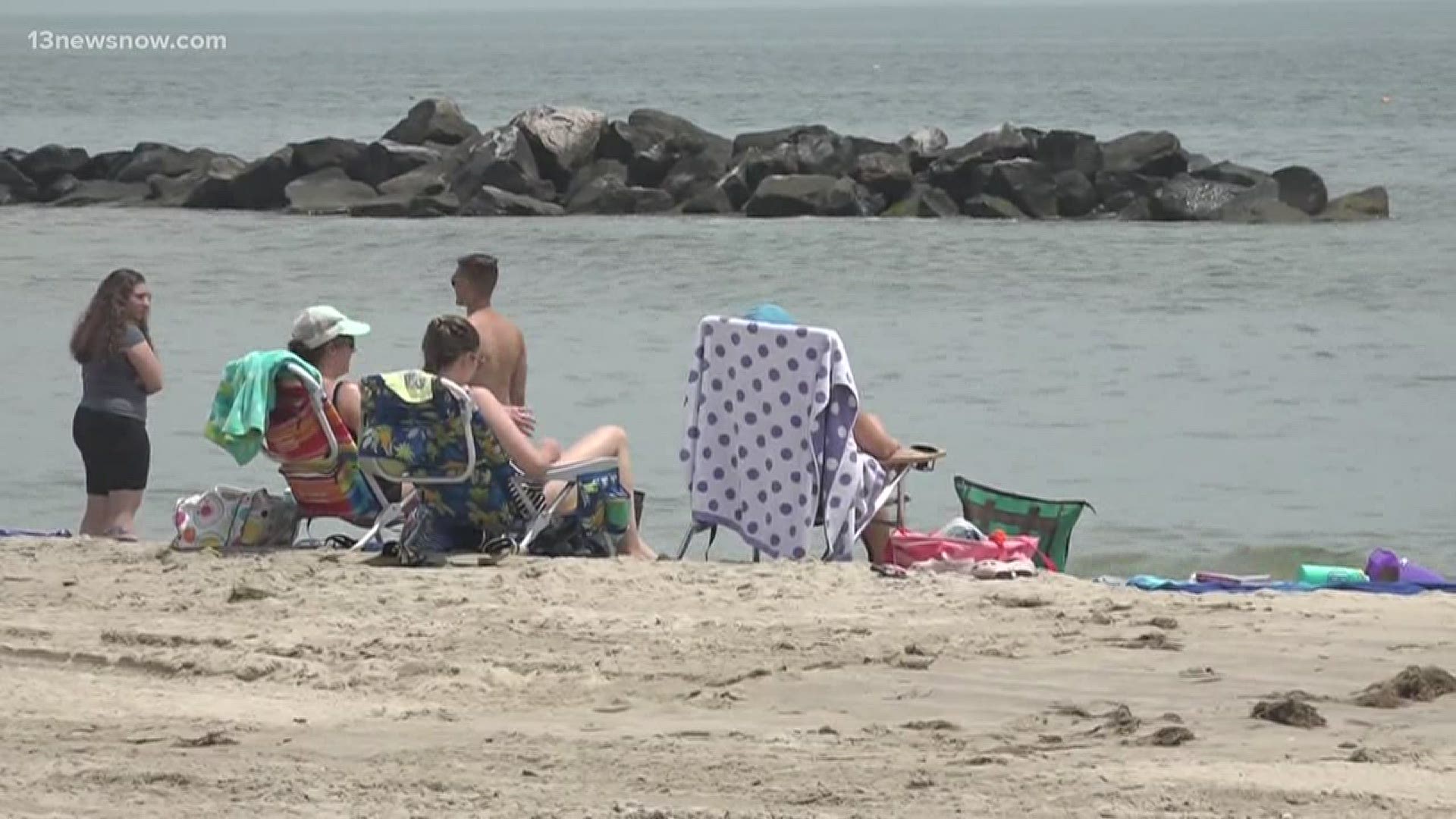 Even though the skies were gray, some people still took advantage of newly allowed recreational beach activities Friday. The city had been asking for permission from the governor to reopen its beaches since late May.

There are new rules in place, just like we saw at the Virginia Beach oceanfront over Memorial Day weekend.

There's limited parking and physical distance requirements, and beach ambassadors are on hand to remind people of the new guidelines.

Leaders were also implementing new rules that restricted the number of people allowed in any one beach group to fewer than ten, and made sure those groups were spaced at least six feet away from others.

City leaders are taking other safety measures, including extra sanitizing efforts in the public restrooms, and eliminating beach concerts and food trucks.

The city of Hampton said it was also reserving the right to close its beaches when needed, for public health and safety reasons.

With Virginia beaches allowed to reopen, Yorktown said it would be opening its river beach on Saturday, May 30.

You can read more about the changes and measures the city is taking here.

RELATED: Virginia Beach has a new campaign to bring tourists to the resort city this summer