Recreational fishermen will need to skip catching larger striped bass temporarily, because the species is dwindling. 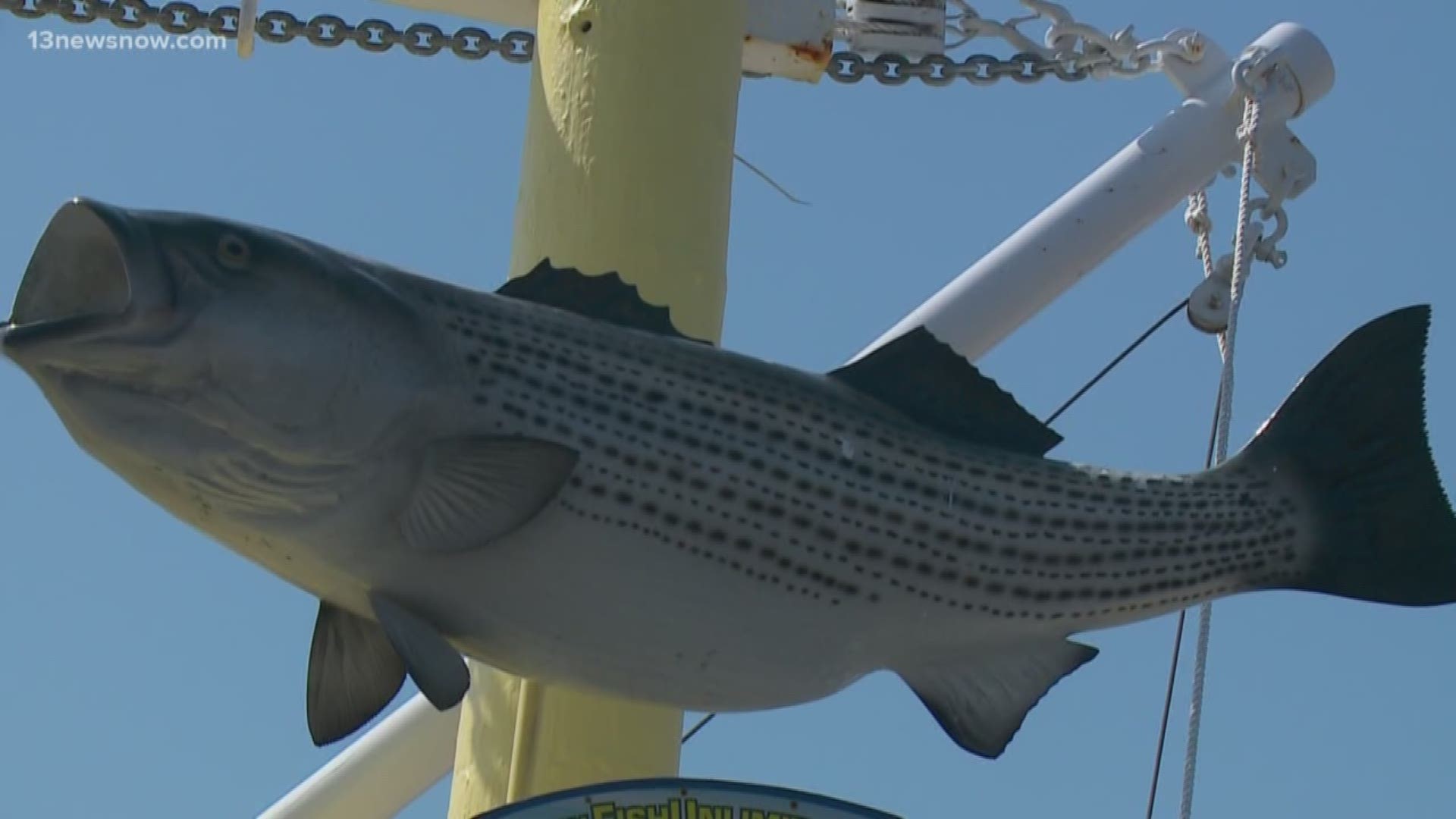 Recreational anglers have to follow the rule if they fish in the Chesapeake Bay between May 1 and June 15. If they fish off Virginia's coast, the restriction only runs until May 15. The emergency measure also covers Virginia tributaries running to the Potomac River through May 15.

Beginning May 16 through June 15, fishermen will be able to catch and keep two striped bass between 20 to 28 inches long.

"For us to be able to have a sport fishing business here in Rudy Inlet, it’s very tough,” said Davis Wright, the captain of the High Hope Charter boat.

He said the regulation will affect fishing tournaments in Virginia Beach, but he appreciates the effort to replenish the species and it’s a policy that’s needed.

"I feel that sometimes they get put into place a little too late,” said Wright.

Chris Moore with the Chesapeake Bay Foundation said the new restriction is crucial for our state's striped bass.

“Those are really important objectives and actions taken by the state to start the process,” said Moore. "The Chesapeake Bay accounts for about 70 percent of the coastwide population.”

Moore told 13News Now if you're caught breaking any of the rules, you could lose your fishing license or face a fine.