Two of the three area high schools were able to take home state championships in basketball on Saturday. 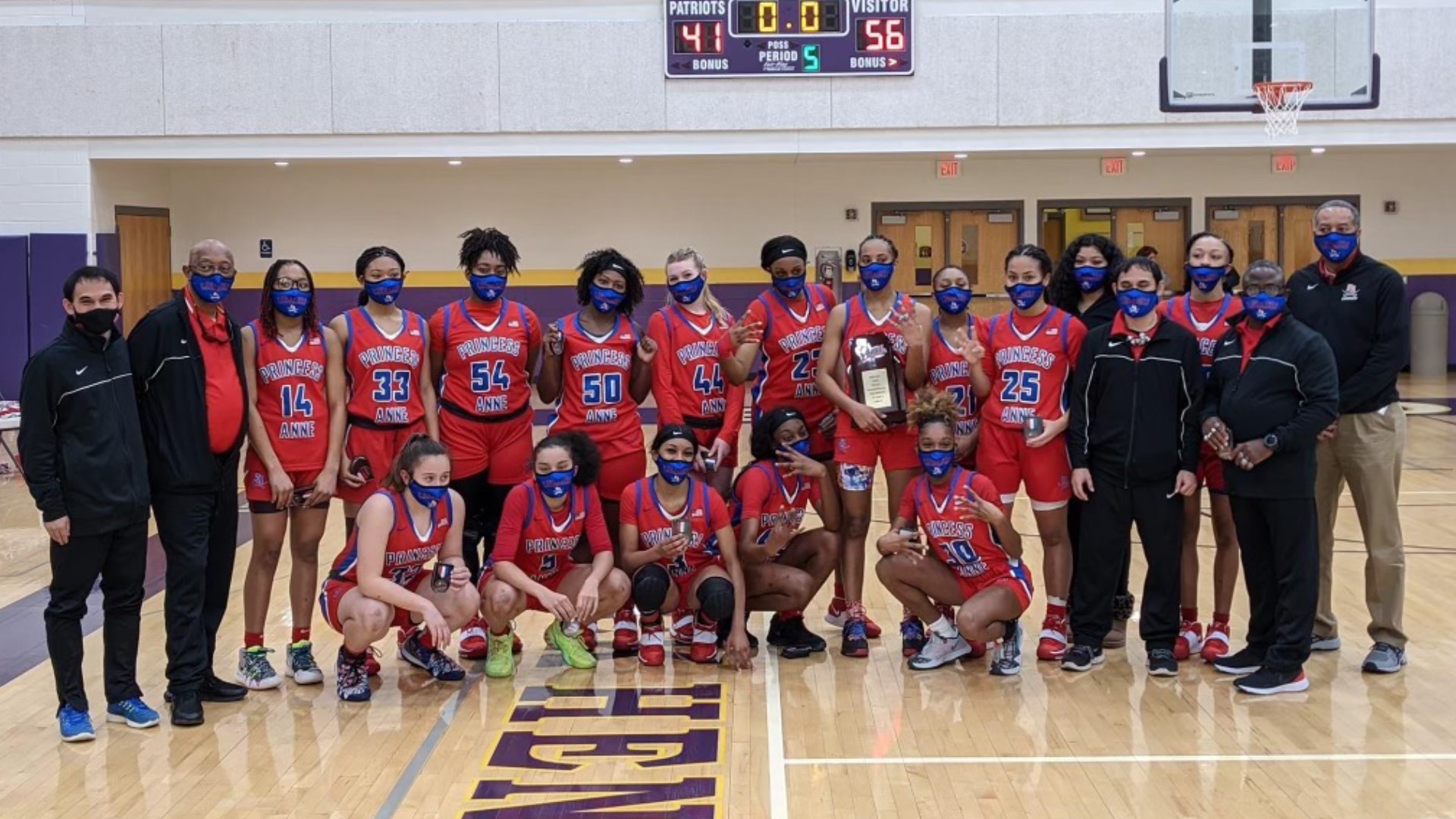 ROANOKE, Va. — Princess Anne girls head coach, Darnell Dozier is a person who's always thinking about what's next. It was no different on Saturday as his Cavaliers took care of business as they won over Patrick Henry of Roanoke Class 5 State Girls Final 56-41 for their 8th straight title and 12th overall. "It's good to have 8 in a row", he said. "It's something we expect. You work so hard to get it." Junior, Aziaha James had 32 points in the win while Zakiya Stephenson added 11 as the Cavaliers finished the season unbeaten (10-0).

In the Class 4 Boys State Finals, Smithfield rallied from 12 points down as they won over Handley 61-54. It gave the Packers their first ever championship for the program. Rashad Tucker scored 14 of his 20 points in the 2nd half. Teammate, Corey Moye, Jr. also had 20 for the Packers (9-0).

Green Run wasn't as fortunate in their game against Stone Bridge in the Class 5 Boys State Final. The Stallions couldn't hold on to an 18 point advantage and lossed to the Bulldogs 86-78. Green Run fell short of being the first Virginia Beach school to win back to back titles since Bayside did it in 1990-91. Senior, Jacob Cooper had 29 points in the loss and Elijah Kennedy chipped in 21.