Pascal settling in with the Colts

The former ODU wide out has adjusted well since being claimed off waivers by Indianapolis in 2018. 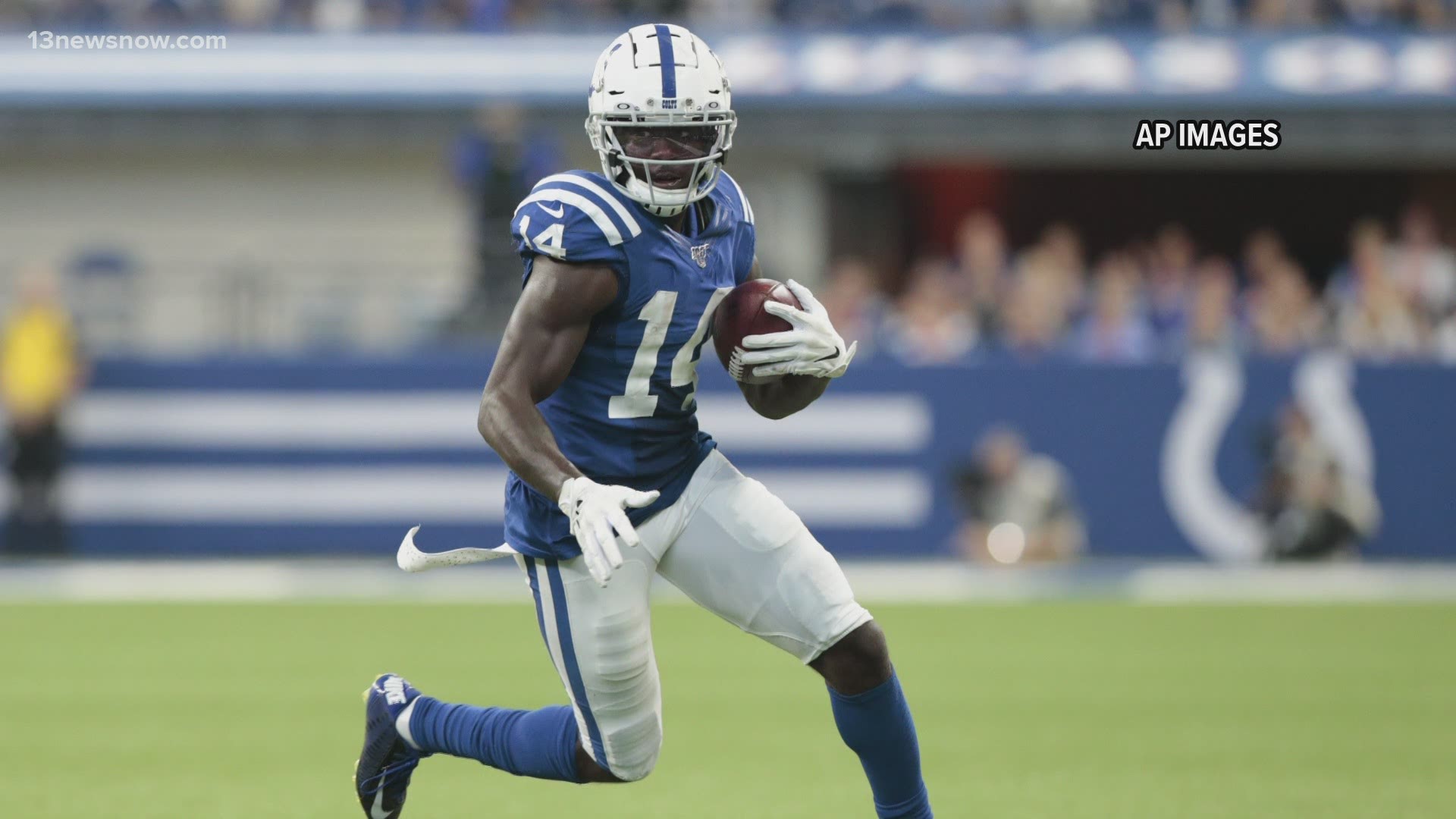 NORFOLK, Va. — The Old Dominion University football team has been putting out players at key positions in the NFL the past few seasons. One was back in town checking out Saturday's scrimmage for the Monarchs. Zach Pascal now enters his 4th season with the Indianapolis Colts since being picked up off waivers in 2018. He says his ability to stay in the league comes down to one thing. "Just me trying to play with a whole lot of confidence", he says.

Big thanks to @ZachPascal6 for some words of wisdom with the guys before we hit the stadium!#ODUtotheNFL#ReignOn
🔵👑🦁 pic.twitter.com/NTZfFlqRIm

It's payed off in the big way as the 26 year old was coming off a season in Indianapolis with 629 receiving yards to go with 44 receptions. Pascal's five touchdowns also tied for a team high. The club last month extended a 2nd round tender to the former Monarch which means he'll back. Reports have the team giving him a $3.384 million dollar deal. " Just continue to grow every year it starts off the field".

Pascal can't help but remind his Colts teammates that his school can make an impact on an NFL team like anyone else. Case in point, his former ODU teammate in quarterback Taylor Heinicke. "A lot of guys, they go to Florida, LSU and Alabama and you know you say ODU and they're like well where's ODU?", he says. Then Pascal adds, "You is see that kid that just you know that just almost be Tom Brady? Yeah, he went to Old Dominion or Travis (Fulgham). He had five straight games with a touchdown. He went Old Dominion. I can just keep going down the list. It's fun to be able to have that conversation about Old Dominion". And the Monarchs could be just getting started under 2nd year head coach, Ricky Rahne.