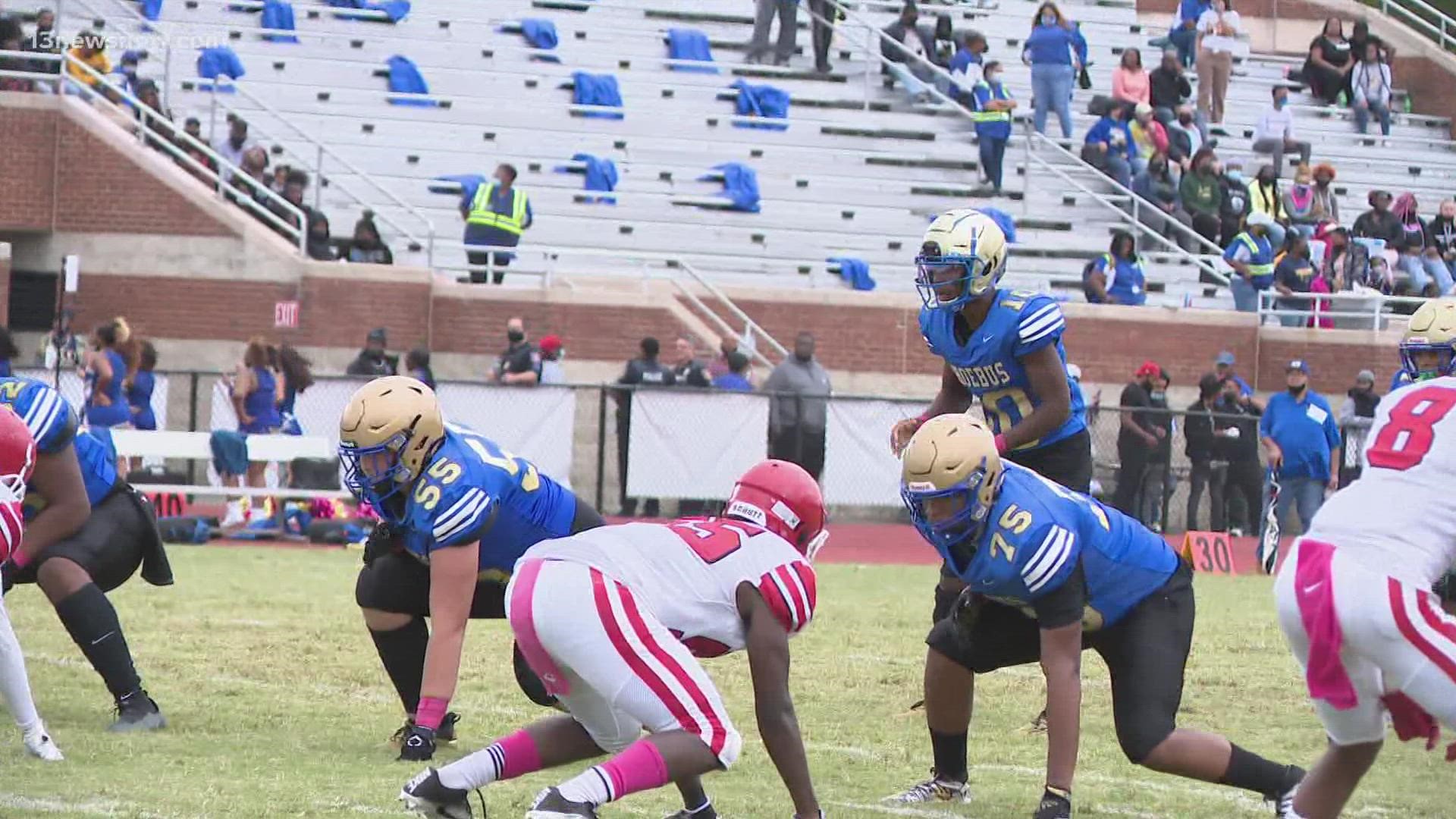 NORFOLK, Va. — The most storied rivalry in Peninsula sports seemed poised to go into halftime all tied up. Knotted at 7 following a pick 6 from Jaquan Montgomery for Hampton and Jalen Mayo's catch and run for Phoebus, under a minute remained in the half as Phoebus held the ball at midfield. The Mayo broke free again. Quarterback Mark Wagner uncorked a ball that seemed to briefly touch the layer of clouds that hung over Darling Stadium all day, and Mayo ran under it and into the end zone to give the Phantoms a 14-7 lead.

That is where the score remained until three and a half minutes remaining in the game. Hampton sat with fourth and goal from the 3. Again, more Mayo. The Phoebus two way player made a tackle at the goal line to secure cross town bragging rights for the Phantoms for at least another year.