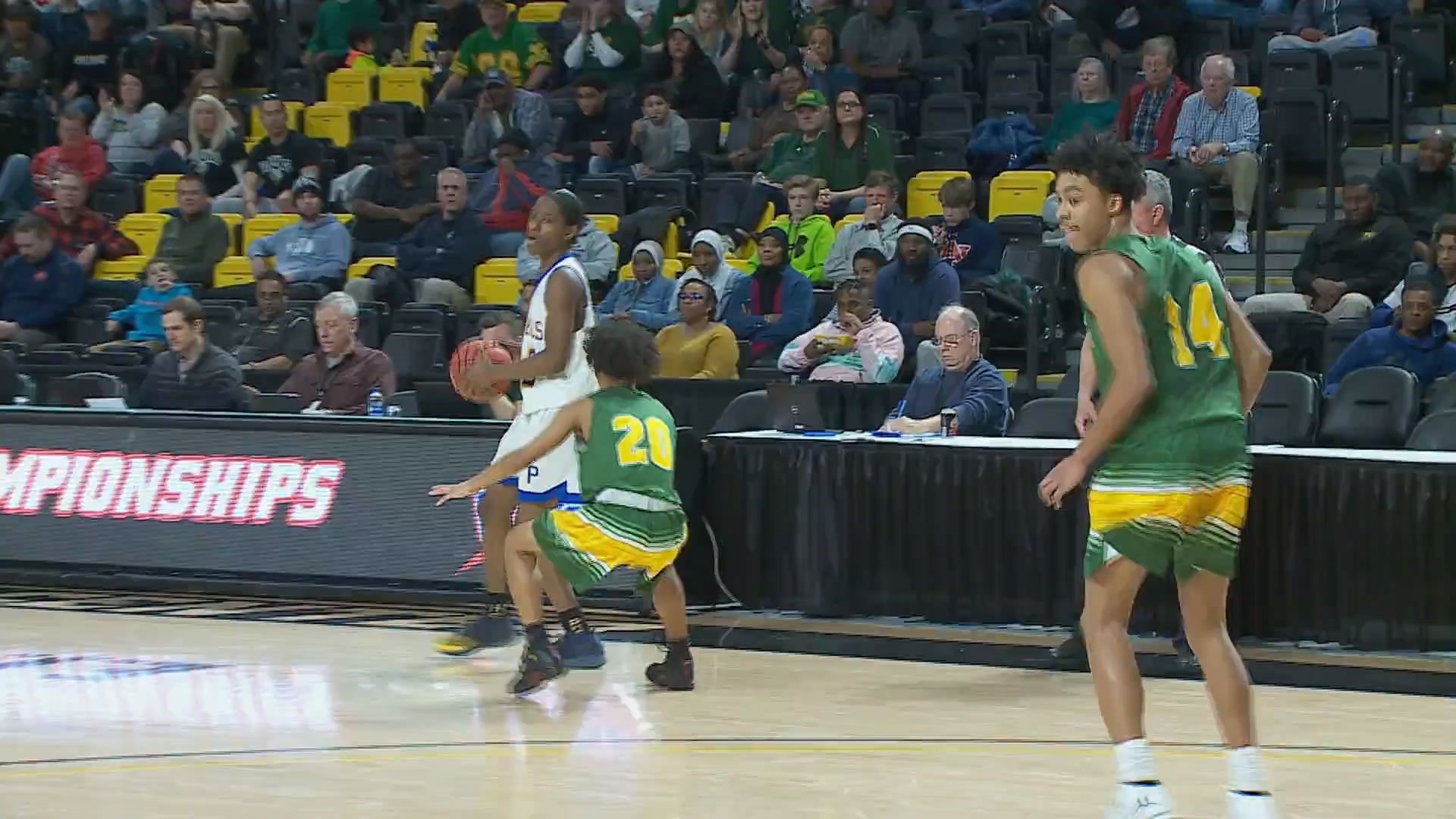 RICHMOND, Va. — Phoebus has all those football championships, but they'll have to wait a little longer to add basketball hardware to their trophy case for the first time. The Phantoms dropped a close one, 60-58 to Northside High in the Class 3 Boys final.

It was the first appearance in a state championship game for Phoebus, who actually had an 11 point lead late in the second half.

By the time there was 2 minutes remaining in the game, the Phantoms were down 7. With a furious rally they tied the game at 58. However, with 3.8 seconds to go, Northside hit the game winning free throws.

Khyree Temple led the way for the Phantoms with 21 points, 6 steals and 2 blocks.