The Phantoms lost to Hopewell in the Class 3 Region Finals 19-6 on Saturday. 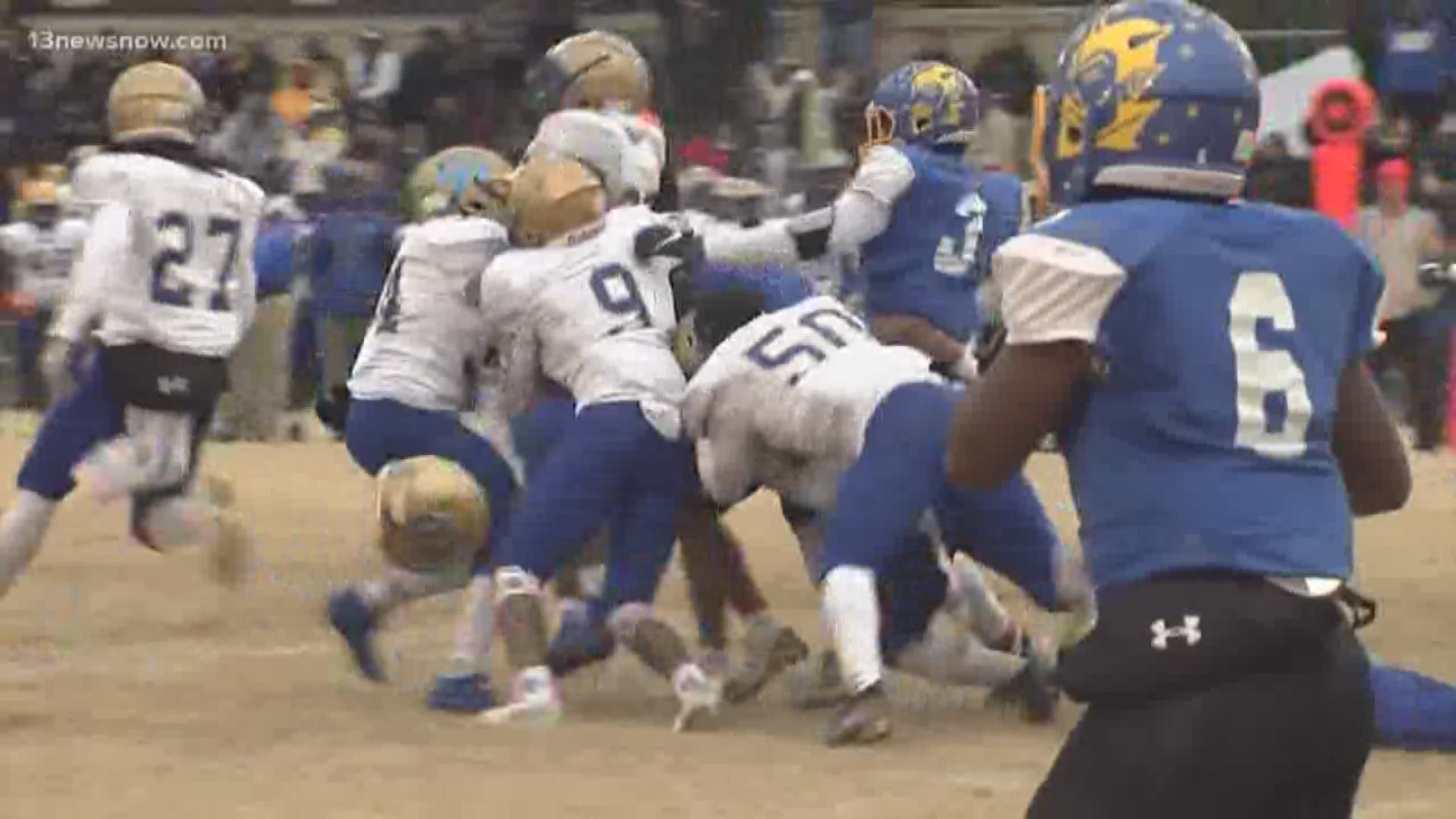 HOPEWELL, Va. — It appeared for most of their Class 3 Region Final against Hopewell, Phoebus was more than holding their own against an offense that was averaging 45 points a game. The Phantoms' bend but don't break philosophy worked to a point, but it would give way to the Blue Devils', TreyVeyon Henderson as his squad racked up 335 yards of total offense and won over Phoebus 19-6 on Saturday.

The Phantoms trailed 13-0 at halftime and rallied to close the gap as Chris Daniels tossed a 33 yard touchdown pass to Devontae White in the 4th quarter. It wasn't enough as their season came to an end as they finish 10-2. The Blue Devils will next face Goochland in next week's state semifinals.