A wild second half rally from Hampton saw them trim a 16-point deficit to one, but the Pirates lost to the Highlanders 81-78. 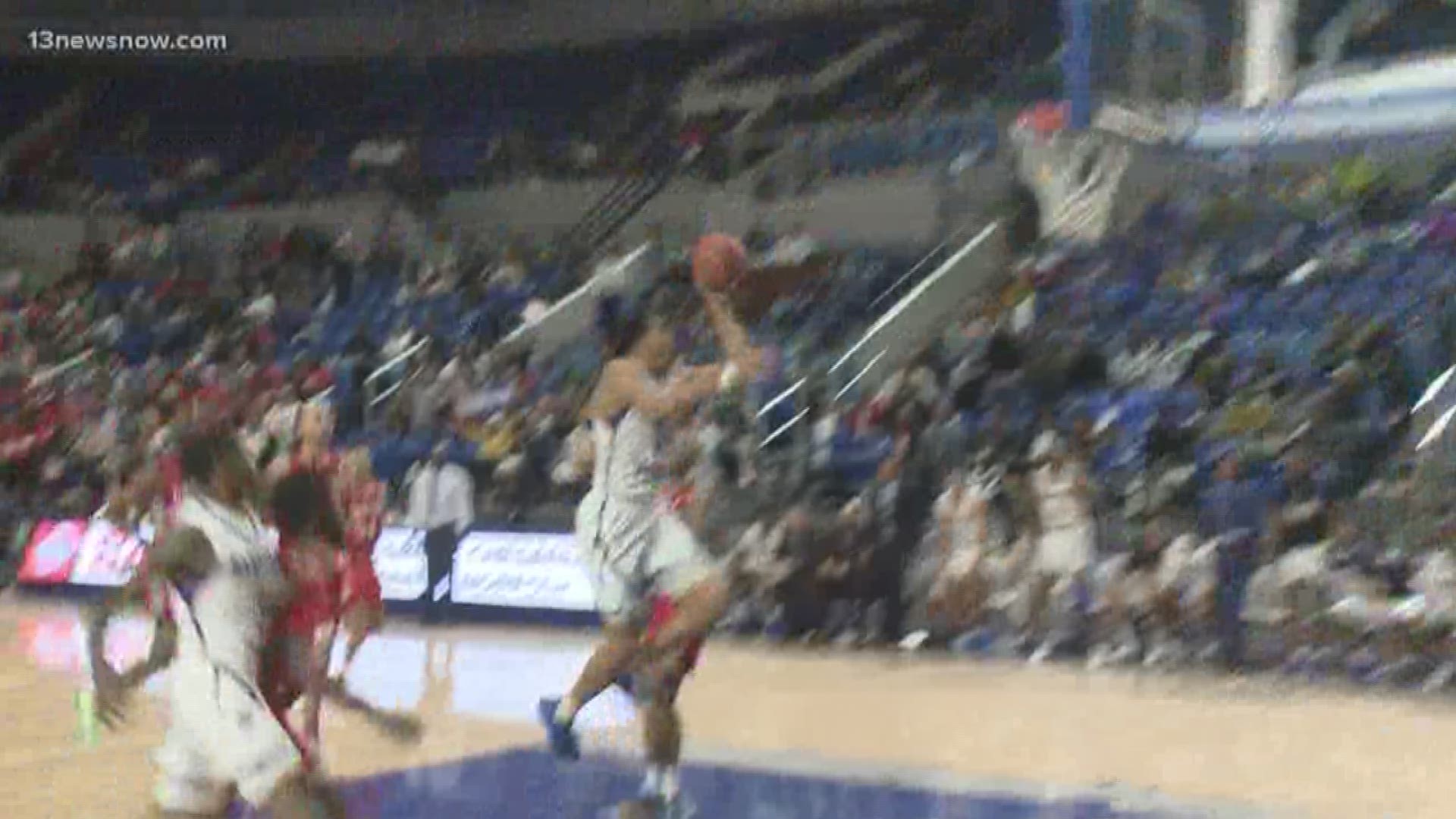 HAMPTON, Va. — A wild second half rally from Hampton saw them trim a 16-point deficit to one, but visiting Radford used a pair of Carlik Jones free throws with seven seconds left to defeat Hampton 81-78 on Thursday night.

After trailing 38-29 at half, a Davion Warren free throw put Hampton on the second half scoreboard trailing 38-30.  Radford scored the next eight points to take a 46-30 lead on a 3-pointer by Jones with 17:27 left.

Those three free throws started a 10-2 run as a layup by Stanley with 2:53 left pulled the Pirates to 76-74.  After a 3-pointer from Donald Hicks with 2:30 left, a jumper by Dondre Griffin and two Marrow free throws pulled Hampton to within a point at 79-78 with 52 seconds left. Hampton had fouls to give and finally got Radford in the bonus when Jones hit a pair with seven seconds.  A last-ditch 3-pointer from Marrow was off allowing Radford to escape.

Stanley paced Hampton with 28 points and six rebounds, while Marrow recorded a double-double of 27 points and 11 rebounds.  Warren just missed joining them in the 20-point club with 18 and seven boards. Hampton closes out the regular season at home for Senior Day on Saturday hosting USC Upstate at 4:30 pm.