Hampton's upset of Iowa State 20 years ago has a special place for the players and the coach who were in it. 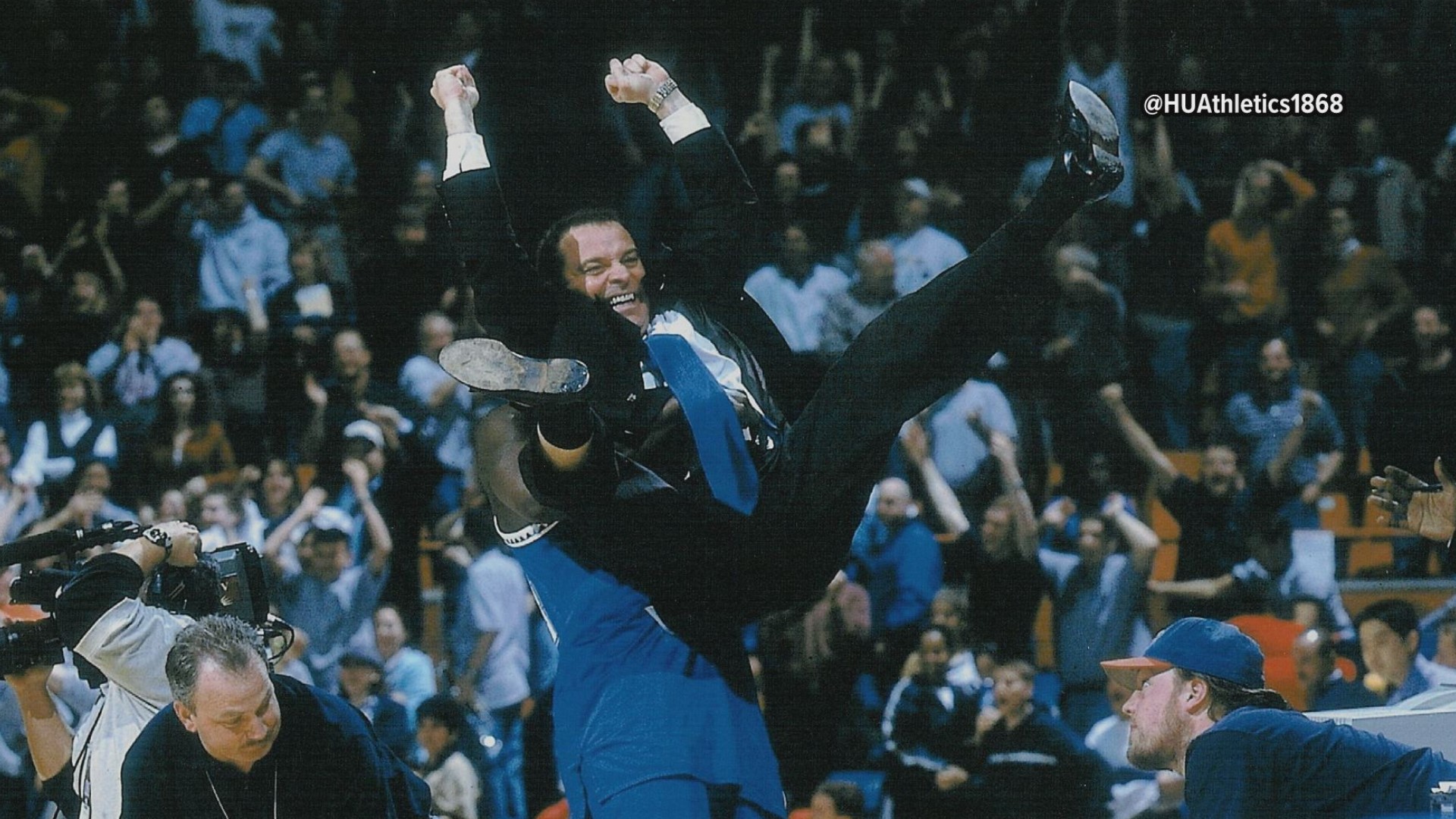 HAMPTON, Va. — It's one of those moments in Hampton Roads history that asks the question, "Where were you when?" Back in 2001, the Hampton Pirates basketball team had an historic win in the NCAA Tournament. By knocking off Iowa State in the first round 58-57, they became, at the time, the fourth 15th seed to topple a 2nd seed. Its since happened nine times which includes Norfolk State's win over Missouri.

Former players like Tarvis Williams, Marseilles Brown and David Johnson can't believe its been 20 years since the game. "The age stuff never bothered me", says Johnson, who's now the girls basketball coach at Indian Land High School in South Carolina, but joked, "Oh it's 20 years ago. We are getting up there!" Steve Merfeld, the head coach of the Pirates from 1997-2002 added, "In some ways it feels like 50 years. In other ways, it feels like yesterday." He's currently the Director Of Player Development for Creighton University men's basketball since 2013. Williams had finished with a game-high 16 points, 13 rebounds and six blocked shots in the win. "I wouldn't have believed it. I didn't realize how impactful that game was to people".

Yet the most memorable moment that still resonates even today come tournament time wasn't Williams game winning shot, but what happened after the buzzer. Johnson, a Norfolk native, wound up lifting his coach in the air with his feet pumping in the air.  "I tripped running in front of him and we kinda bumped each other and I just picked him up", he laughed. Brown, a peninsula native, knew what that feeling was like. He was apart of a then 14th seeded Richmond Spider squad that took down #3 South Carolina in 1998, and had the same feeling before their game with the Cyclones. "The crowd wants us to win", he said of the game. "All we have to do is keep it close." They would do so and became instantly popular not only at the tournament site of Boise, Idaho, but nationally as well.

All are amazed that even two decades later, they're still apart of NCAA Tournament history. "I'm grateful that I was able to live out the dream and play with a group of guys who one mind. One mission." As well as one special moment.