Play Ball: The Challenger Jamboree provides a safe haven on the diamond

After a year away due to coronavirus, the Jake Hardison Memorial Jamboree is back at Azalea Little League. 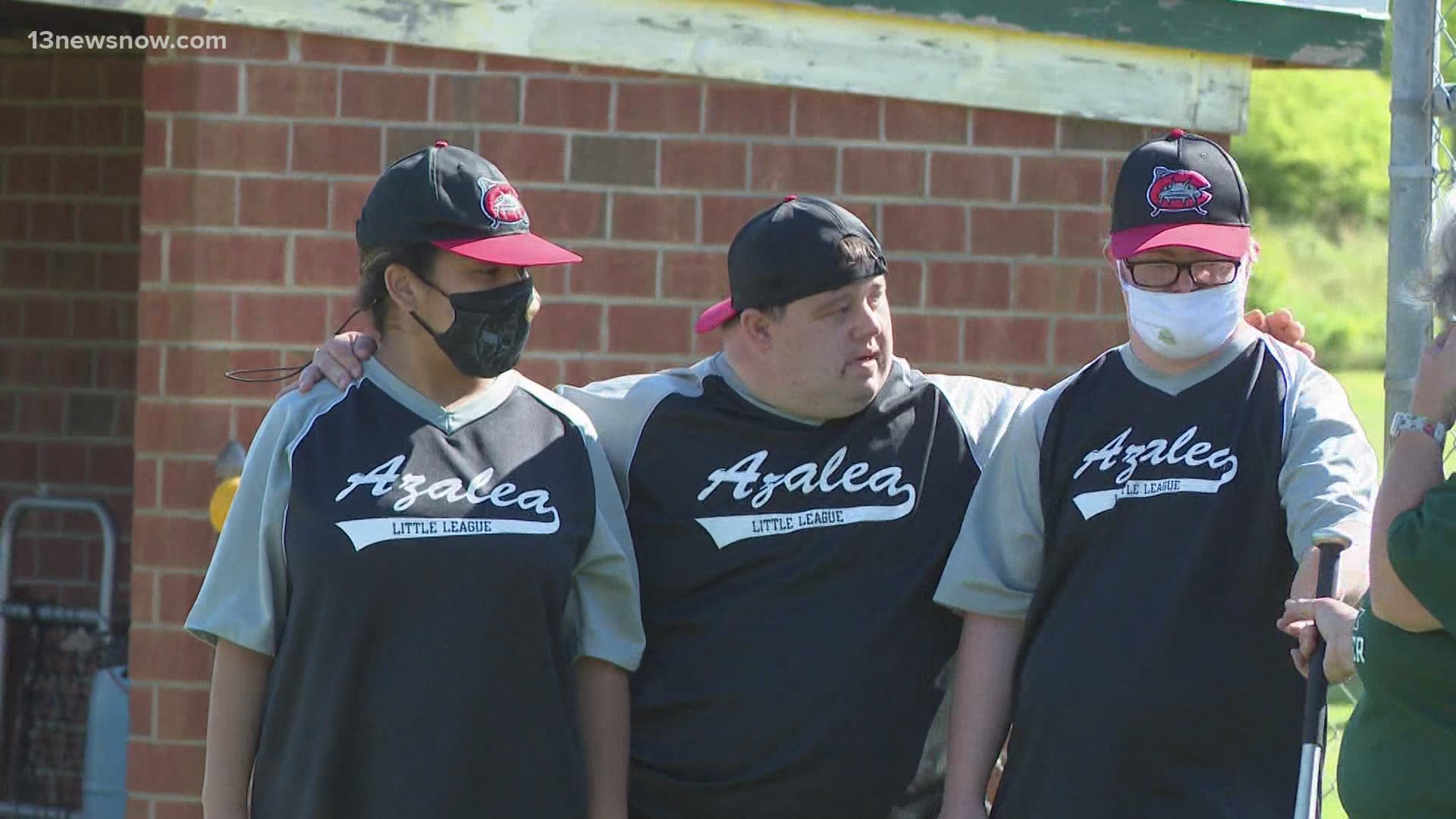 NORFOLK, Va. — Sun is dancing on the Little League fields at Azalea in Norfolk. It's about 3:30 in the afternoon. The Jake Hardison Challenger Jamboree, a tournament for those with physical or intellectual disabilities that prevent them from playing in a traditional league, doesn't start until tomorrow.

That's not why Richie isn't on the field, however. Richie likes baseball, but Richie's favorite activity: singing while swinging on the swing set next to the field.

It goes well with his other favorite activity, dancing, which he'll do plenty of at the Jamboree's opening night dance Friday.

Baseball is more Jason's forte. Richie's brother dons his batting helmet before I even have to ask, eager to show his power. There are no strikes, balls, or outs at the Jamboree.

Nonetheless, Jason's ball sails into left field as if there were a pennant at stake. It's also not enough to keep Jason from sliding, just going under an imaginary tag.

He bows to his teammate who touches home shortly after, a sign of reverence rather than braggadocio.

Reverence is how members of the Jamboree have come to view this weekend.

"The kids get to be themselves and you're not worried about them being judged or anything," says Richie and Jason's mother, Rosa.

When she and her family first moved here, they found a local Challenger team to play for. Challenger is the division of Little League with teams that participate in the Jamboree.

Rosa found a lot more than a baseball team.

"A thousand people, all kids with special needs, and you were just there, and it was one big family, and you didn't have to worry about if your kids was acting up or having a meltdown," she says, with "family" taking the place of "team."

That family missed each other last year after COVID19 canceled the annual event.

Now they're back, with the aforementioned dance Friday night and games all Saturday and Sunday.