The high school created a Hall of Fame type plaque to honor the seniors who, due to the pandemic, couldn't play last season. 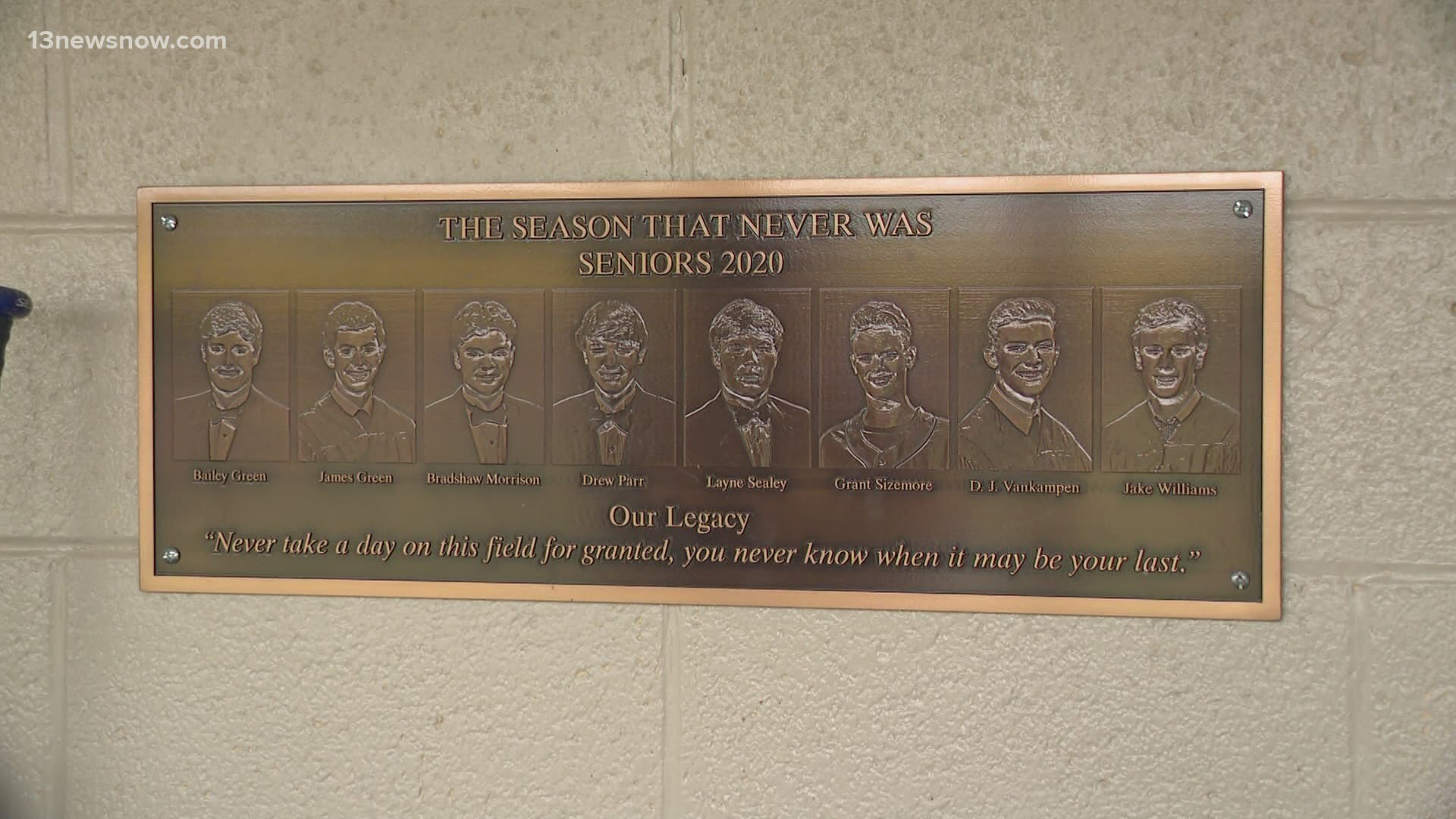 POQUOSON, Va. — A long, long time ago their was a baseball movie classic called "It Happens Every Spring." As it turns out, it didn't happen last spring for all the high school sports because of the pandemic.

At Poquoson High School they weren't about to let the season go unnoticed. Head baseball coach Kenny Cooper says all his other senior classes left a legacy,  "Some seniors it's been championships, some it's been work ethic some it's been a message. Obviously the way last year ended they didn't have an opportunity to leave anything."

So Bennett and the school took care of that. The 8 seniors from last year's team have been immortalized with a Hall of Fame style plaque that now hangs in the home team dugout. Players like Thomas Green were blow away, "I was in disbelief honestly. I think it's so cool being on this field forever." Layne Sealy summed it up this way, "Generation to generation you're going to see kids, they're going to be able to see us on the wall knowing that you never know when your last game is."

Those seniors threw out the ceremonial first pitch for Monday's game. A year after that canceled season, D.J. Vankampen says it still stings,

"It still hurts a lot. I really wish I could have gotten to play that season.  We would have been really good. I bet we would have won states."

The plaque is titled "The Season That Never Was." At the bottom there is this quote, "Never take a day on this field for granted, you never know when it may be your last."

Actually, thanks to that plaque, it will never be the last day for those eight seniors. And those images, Grant Sizemore thinks they dead on, "It looks just like us. It's all our senior pictures just plastered on the wall like they do in the pros and Hall of Fame and all that."