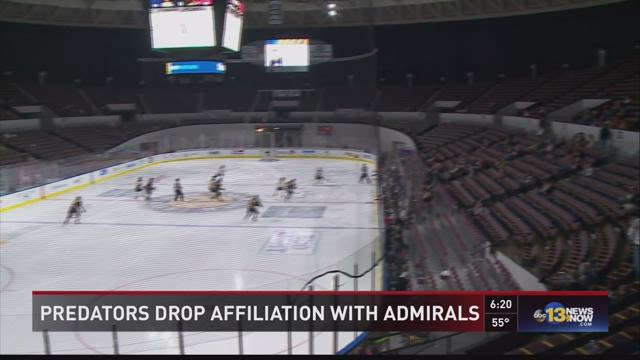 The NHL's Nashville Predators and the Norfolk Admirals no longer have a working agreement. The affiliation between the Predators and Admirals has been terminated seven months after it was established.

In a written statement the Admirals said, "The affiliation change announced today does not effect the normal daily operations of the team." They also said the announcement, "is a sign of the commitment this organization has to do whatever it takes to ensure the team's success here in Hampton Roads."

Fan attendance is under 2,000 for the season. On the ice the Admirals have only won 5 times in 19 games.

It was last week the Admirals fired their team president Michael Santos.