For the first time since the middle of March there was game action as the Bay Rivers District was playing basketball. 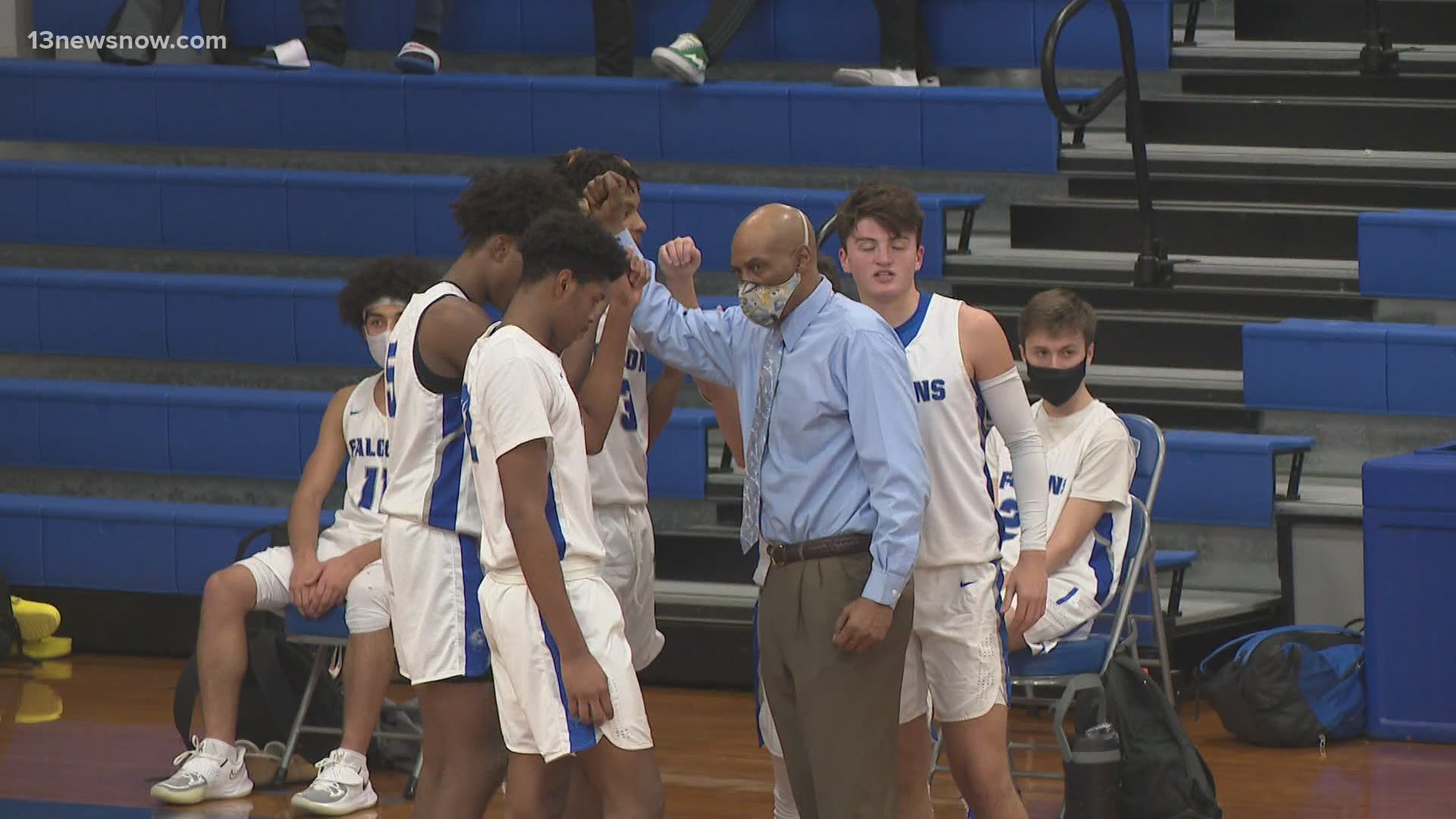 YORK COUNTY, Va. — It's been a long time coming. For the first time since March 12, public high schools in the Hampton Roads area were back with sports competition. The Bay Rivers District had two basketball games on the schedule on Wednesday night.

Extensive safety measures were enforced. A very limited number of the athletes' family members were allowed to attend.

Why was it important to get back to action? Grafton head basketball coach put it this way,  "I think the players, the coaches and parents and everybody, it's kind of looking for normalcy back in their day-to-day lives. Ultimately, I think for the players, they're embracing the opportunity to step back on the court."

York head basketball coach added this, "It's about the kids being able to enjoy themselves, get out and have some kind of social outlet, enjoy the environment, enjoy the atmosphere and be competitive."