Head coach Ricky Rahne has held off on saying is his starting quarterback when they face the Demon Deacons on Friday night. 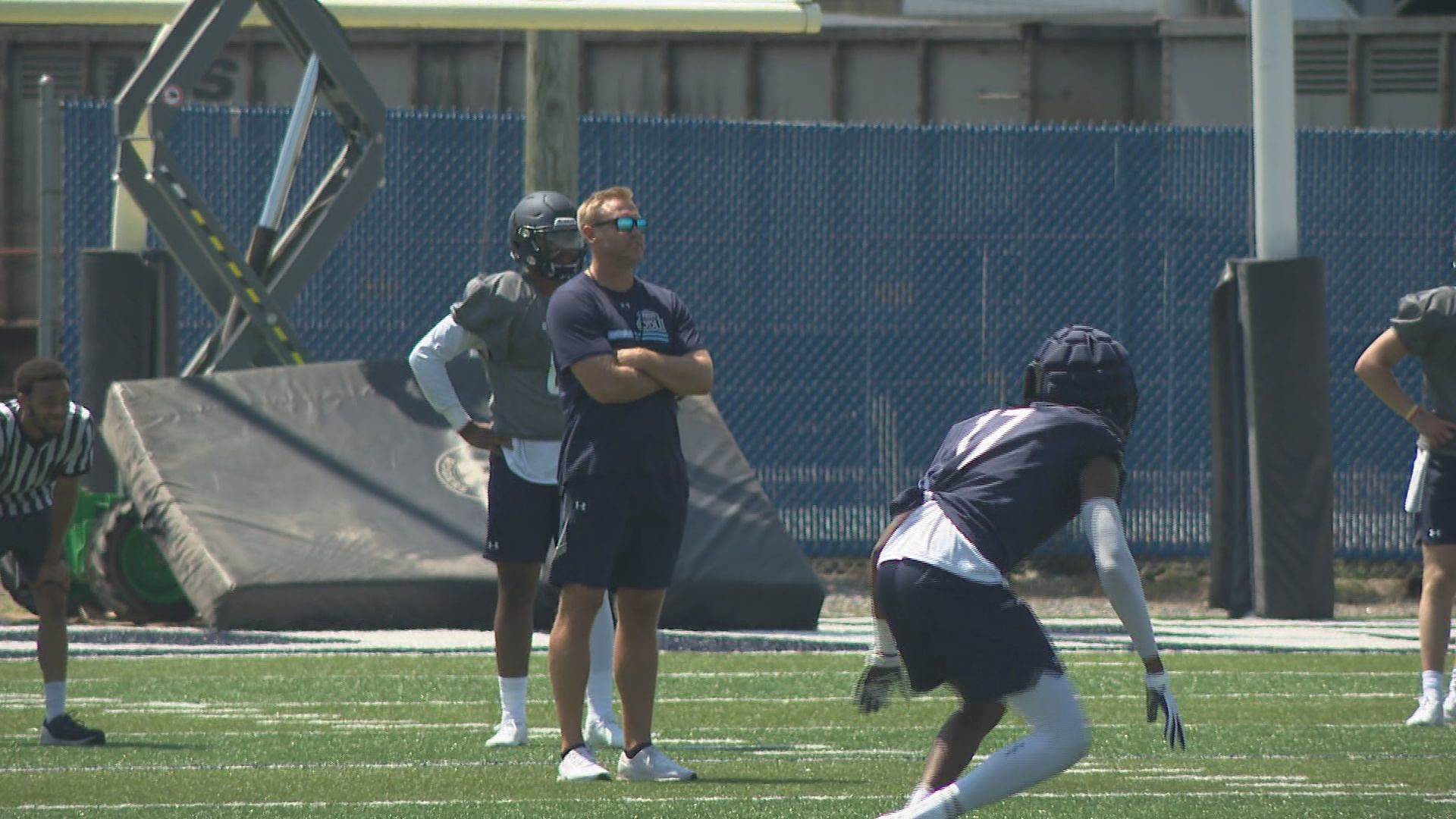 NORFOLK, Va. — Everything will have that new car smell for Old Dominion football when they have their season opener on the road Friday night from Wake Forest. Plenty of new players and returnees for Ricky Rahne who will make his maiden voyage as a head coach. They've had to wait nearly two years due to the pandemic.

Rahne announcing in his first ever weekly press conference on Monday, he has made a decision on his starting quarterback, but won't say who it is yet. It's between senior Stone Smartt, junior transfer, D.J. Mack from Norfolk and redshirt freshman Hayden Wolff. "I thought about coming down here and telling you guys", he said coyly. "Then I thought to myself..naaah, I don't want to."

He says unlike the NFL where there is a preseason, when it comes to college football, you have to hit the ground running. "You better be rip roarin' and ready to go", he says. "Your first game is as important as your 12th."

Rahne also expressed being out of the coaching booth and being on the sidelines for the first time as they guy in charge. "I've had nightmares of one of the officials running into me. So that's probably my biggest fear and anxiety", he joked. "I've been working on my overall vocabulary to eliminate some of the more colorful language so I can speak to the ref in a little bit more respectful manner".