Lafayette's Mike Green broke the game open with a tackle breaking td run with 1:27 left for a 27-13 win over Lord Botetourt and the Class 3 championship. 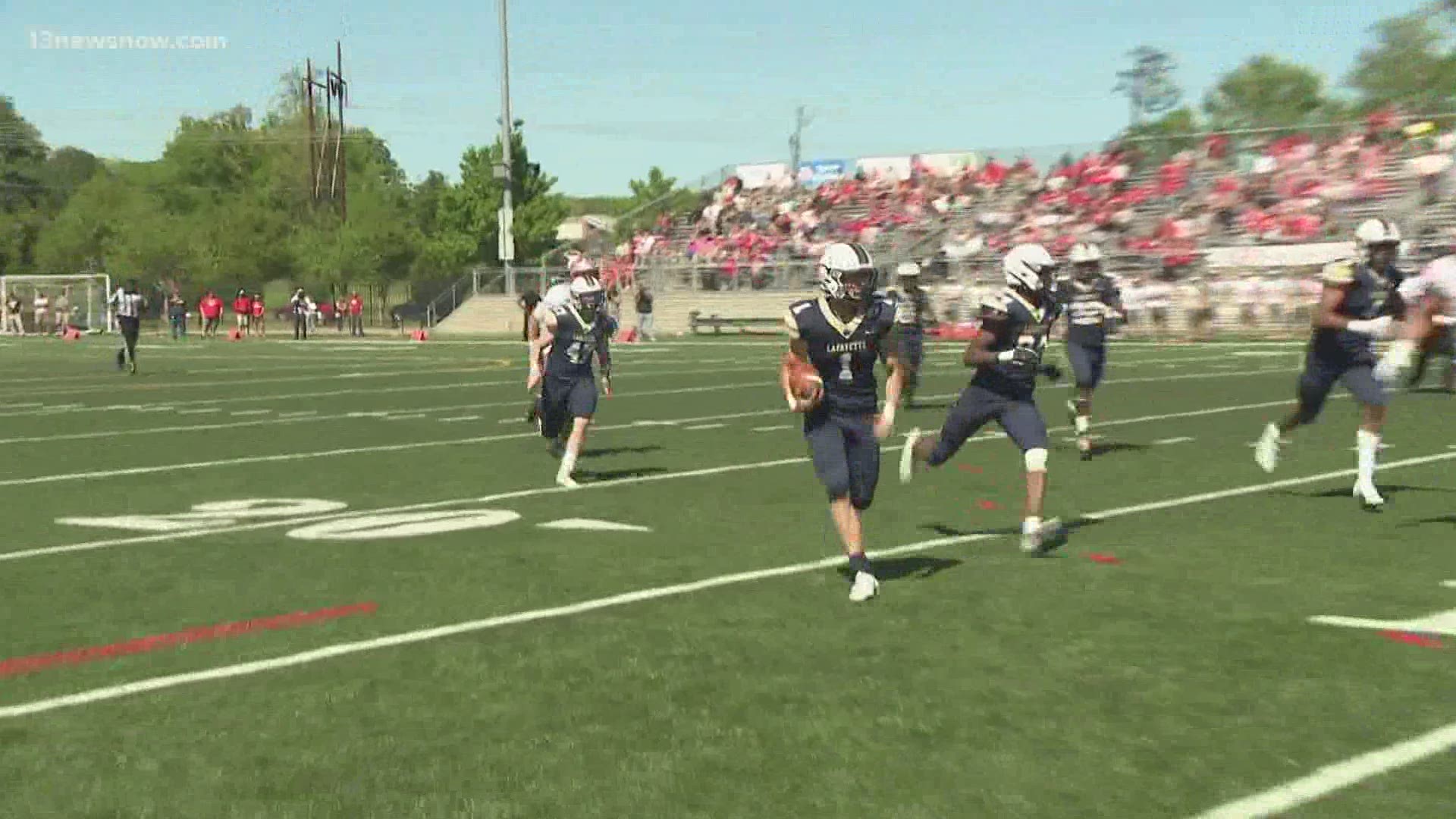 WILLIAMSBURG, Va. — It was a 20 year wait for Lafayette High School to nail down another state title, but it took just 1:27 left in the game to seal the deal. Mike Green busted several tackles that led to an insurance touchdown as the Rams won over Lord Botetourt 27-13 and capture their first Class 3 state championship since 2001. "We were known for going to the playoffs and we never really got past that", Green said after their win. "We've been working for this. I guess it shows out right now."

The Rams (9-0) trailed early to the Cavaliers before battling back from a 13-10 deficit when quarterback, Luke Hanson scored on a 1 yard touchdown to go up 17-13. They would never let the lead go and finish their season unbeaten.