Lafayette responded from a 10 point deficit to top York 35-24. 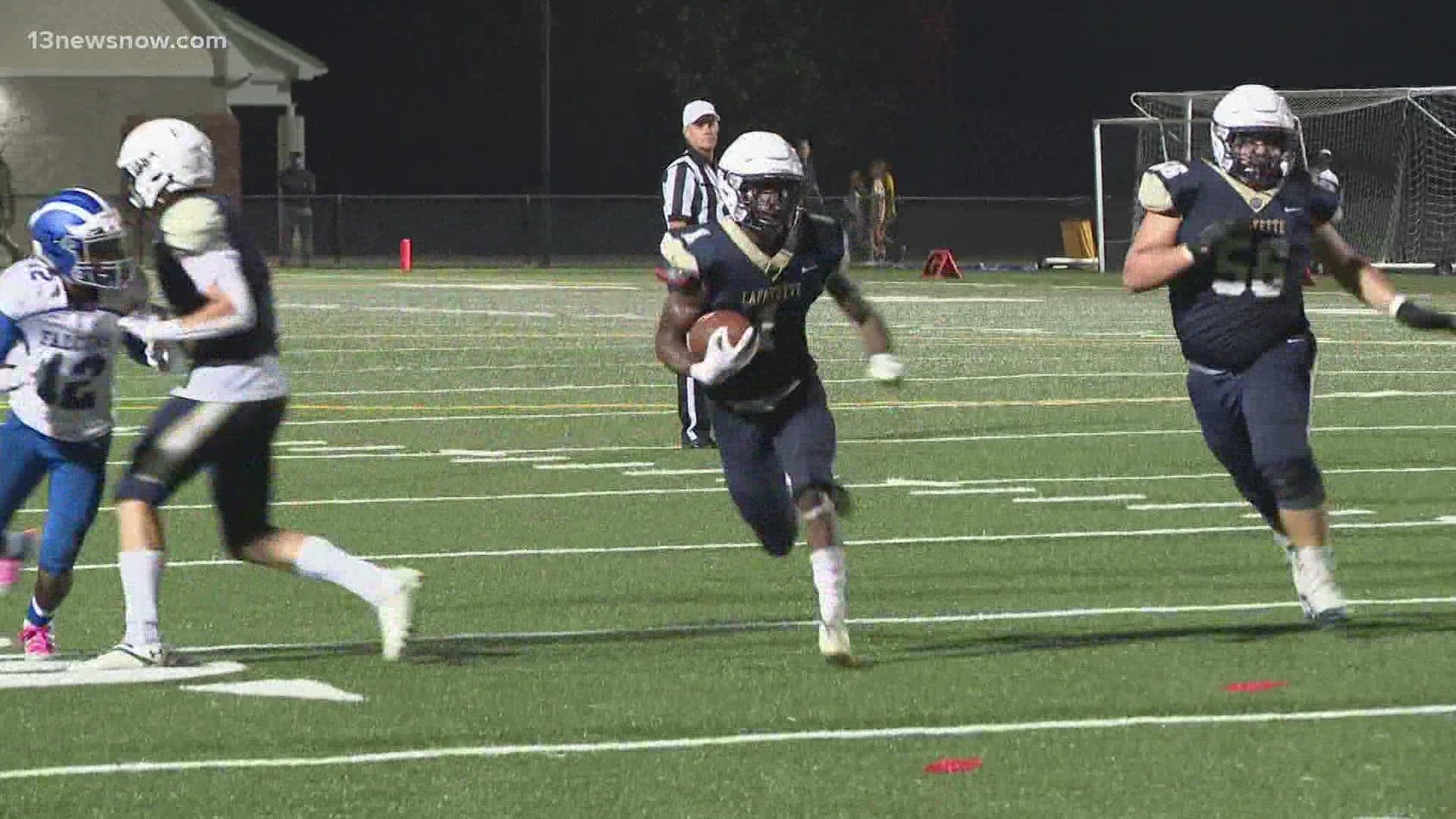 WILLIAMSBURG, Va. — York had been the only team in the Bay Rivers District in the last 8 years to beat Lafayette. The Rams, at the time in 2019, had their 60 game win streak snapped in the district by the Falcons. It appeared on Friday York was about to snap Lafayette's current run of 13 in a row as well, before the Rams rallied.

Despite a 146 rushing yard 3 touchdown game from running back, Jordin Lennon, the Falcons couldn't withstand a 10 point third quarter comeback by the Rams who won 35-24 on Friday night.