The team announced Monday it has hired Jennifer King as a full-time coaching intern. 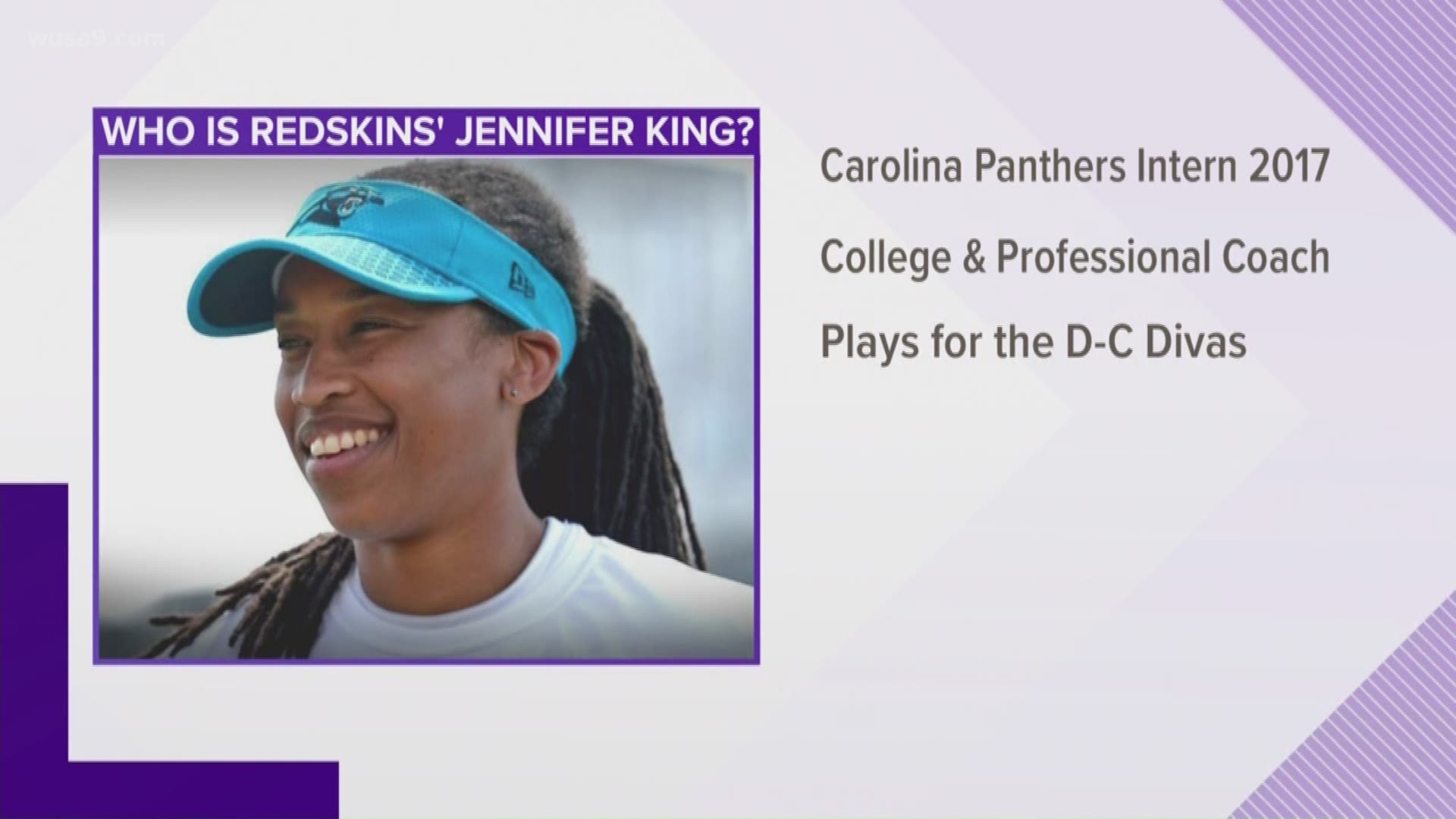 WASHINGTON — The Washington Redskins have hired a new member of the coaching staff, and she's already making history.

Jennifer King will join the team as a full-time coach intern. Though an intern, she becomes the first full-time female black coach in Washington Redskins history and the fourth woman overall in the National Football League (NFL).

“Jennifer is a bright young coach and will be a great addition to our staff,” said Head Coach Ron Rivera. “Her familiarity with my expectations as a coach and my firsthand knowledge of her work ethic and preparation were big factors in bringing her to the Redskins.”

Other full-time female coaches in the NFL include the Tampa Bay Buccaneers assistant defensive line coach Lori Locust and assistant strength and conditioning coach Maral Javadifar, as well as the San Francisco 49ers offensive assistant Katie Sowers. While these ladies are not interns, King still shares in the honor as part of diversifying sports jobs that have been left only to men.

King has worked closely with Redskins staff before -- she previously served as an intern for Carolina Panthers during their 2017 season, under now Redskins coach Ron Rivera. As for specifics with coaching, King will work with the offensive side of the ball.

Before her internship with the Panthers, she was an assistant wide receiver coach for the Arizona Hotshots as well as an offensive assistant for Dartmouth College. Walker reported that King also was on the field, winning three championships in the semi-professional Women's Football Alliance.

Credit: AP
FILE - In this July 29, 2019, file photo, Carolina Panthers coaching intern Jennifer King, left, talks with Elijah Holyfield (33) during practice at the NFL football team's training camp in Spartanburg, S.C. The Washington Redskins have hired Jennifer King as a coaching intern who will work with the offensive staff throughout the season. King most recently worked as an offensive assistant at Dartmouth College. Before that she interned for the Carolina Panthers. (AP Photo/Chuck Burton, File)

RELATED: New XFL kicks off with debut game in DC