Redskins hoping past success with Bears leads to a win now

Washington has won 7 straight against Chicago going back to 2004. 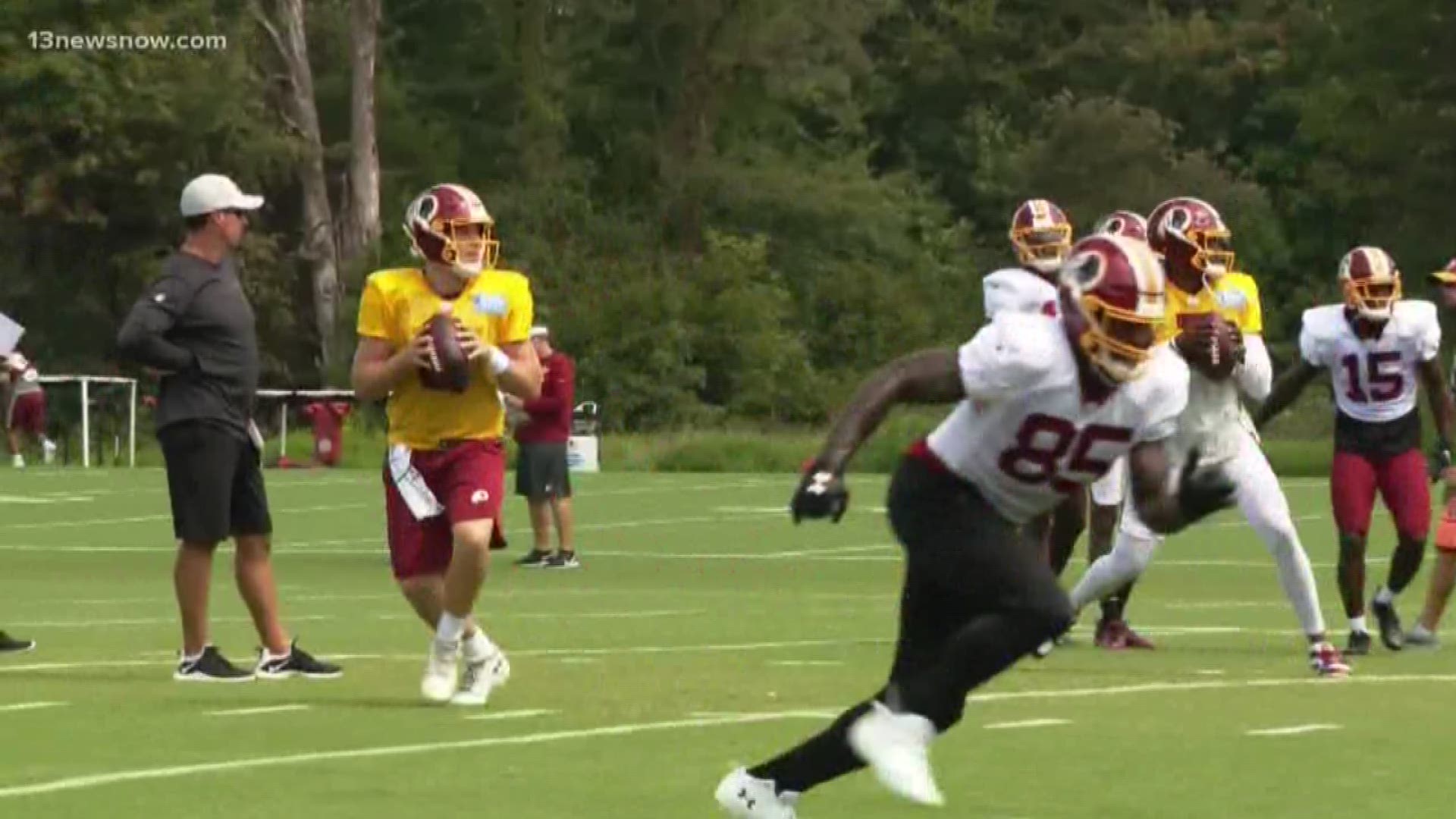 ASHBURN, Va. — The Redskins aren't pushing the panic button just yet and they're hoping some past experiences with the Bears may help them get their first win of the season Monday night at Fed Field. Washington has won seven straight against Chicago dating back to 2004.

Unfortunately this year's team isn't like those that got wins. The injury bug has hit the Redskins at key spots on defense particularly on the line with defensive end, Jonathan Allen out with a sprained MCL. "I feel like every game is critical", says tight end, Vernon Davis. "We're getting that opportunity. It's not too late. Washington is trying to avoid its first 0-3 start since 2013. It would be Mike Shanahan's final season with the team as they finished 3-13. Linebacker, Jon Bostic remains optimistic, "We've got a long way to go".