New way to dress for success on basketball sidelines

Suits are out and polo shirts are in for college basketball coaches. The unwritten rules of dress code have changed in the pandemic. 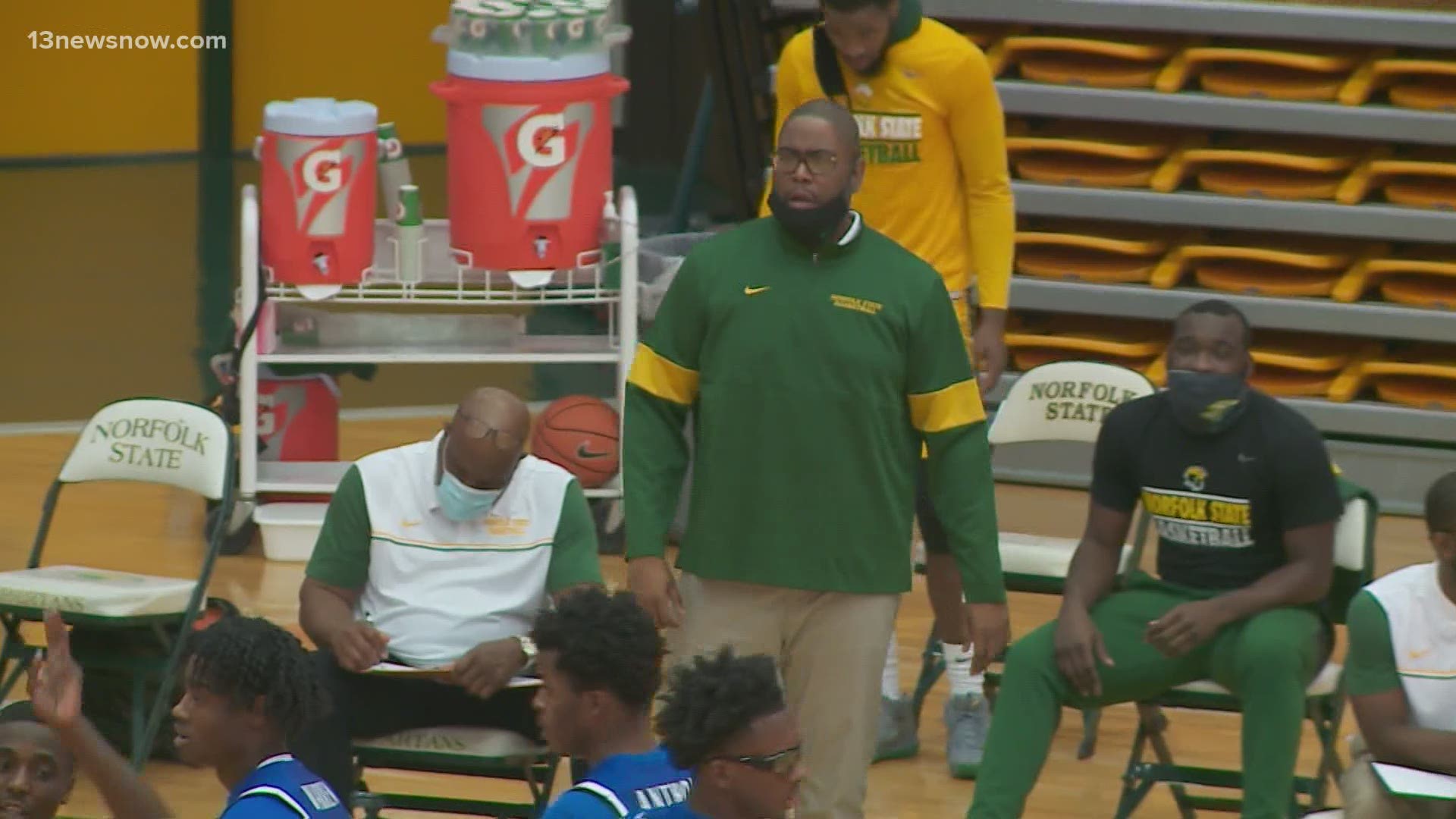 NORFOLK, Va. — College basketball coaches are saving money on the new suit wardrobes for this season. There are a lot more polos in the gameday lineup now.

Back in the fall, the ACC and Big10 chose to relax the dress code for basketball coaches during this season in the middle of the pandemic. Soon after, everybody followed suit, so to speak.

In a recent zoom interview, NSU head coach Robert Jones suggested it may be the new normal, "Some of the coaches who are the powerful players in the game, kind of like not having suits on. Some of them always question why do we wear suits anyway."

Devante Carter plays guard for the Spartans. He takes the practical approach when he says, "I think you should be comfortable, but the rules are what the rules are."

Jones has a closet full of nice stuff, but for now it sounds like he'll be sending the bill for a lot more polos to the athletic director.