Dawson Odums to be Norfolk State's next head football coach

Odums has spent the last 9 years as the head coach at Southern University. 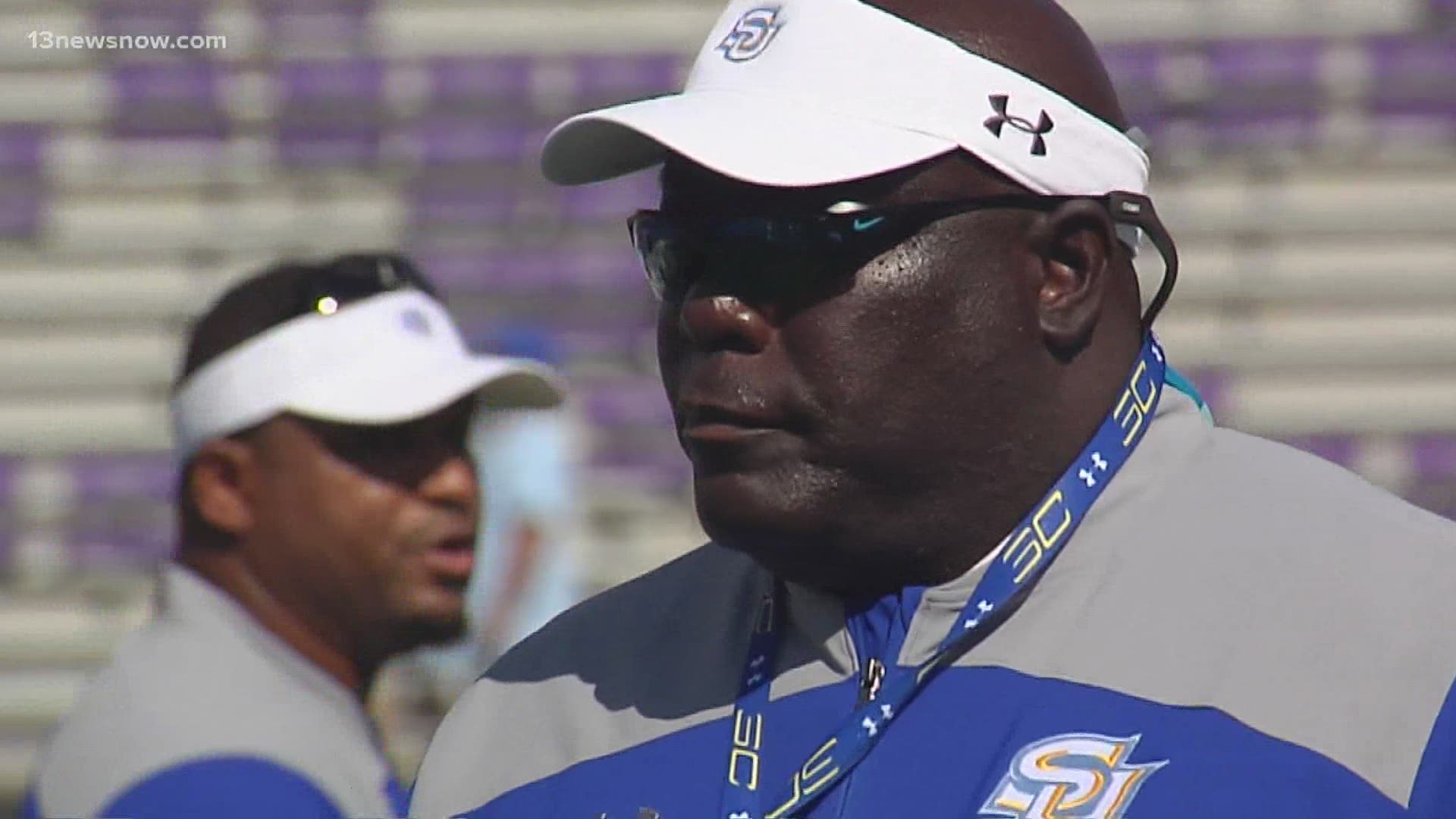 NORFOLK, Va. — After 9 years at Southern University, Dawson Odums will be the next head football coach at Norfolk State University. Southern confirmed the hire in a press release on Tuesday evening.

He has a 63-35 record with the Jaguars and led them to 4 SWAC championship games. Southern won the conference championship under Odums in 2013.

Odums grew up in Shelby, NC and is a North Carolina Central University alum.