Rice powers past ODU women in the paint 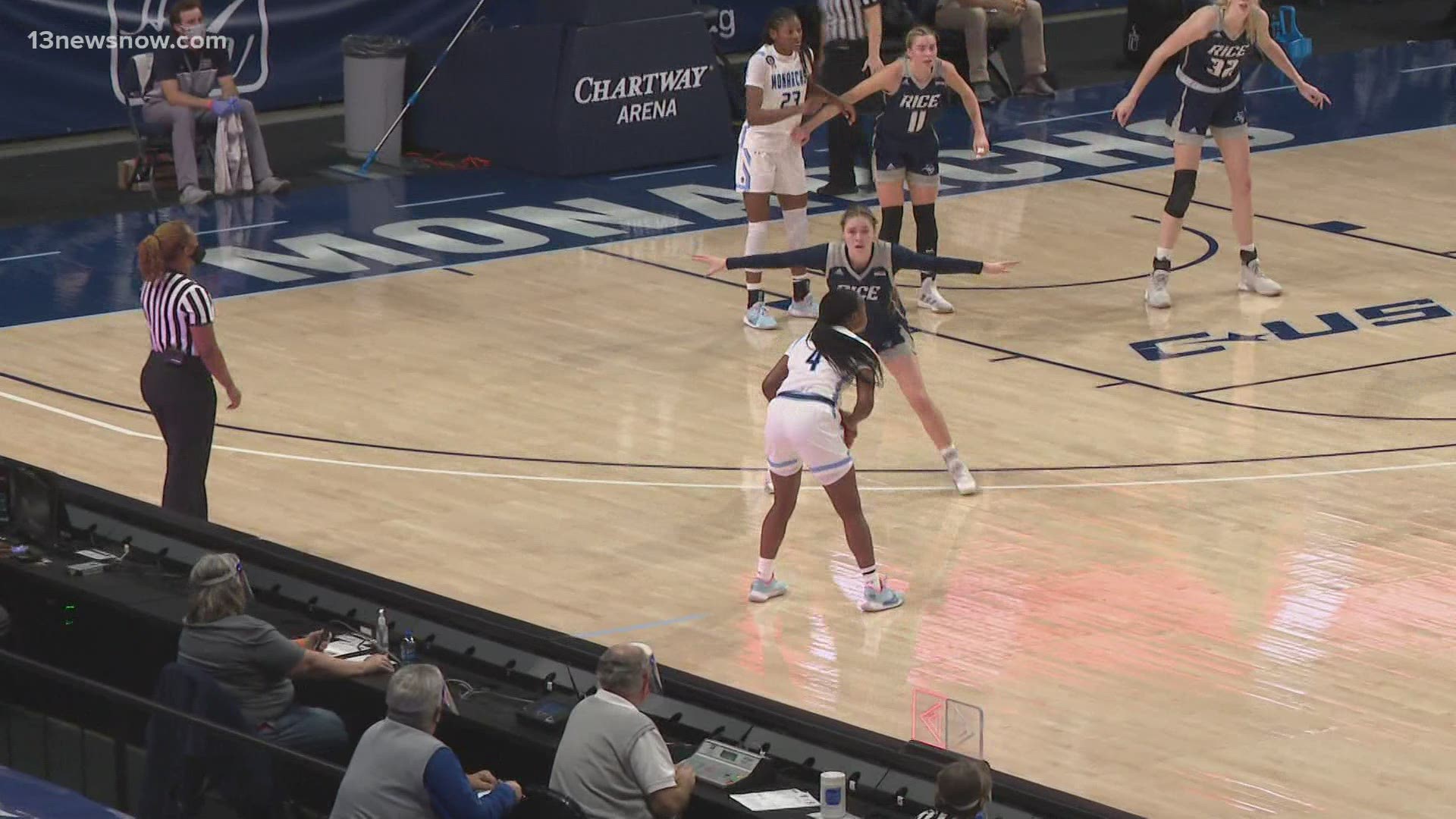 Mulkey scored 21 points by making 10-of-13 shots and had eight rebounds and four assists. Jasmine Smith, a 5-7 guard, added 18 points and made four-of-five 3-point shots.

Rice (9-1, 5-0 C-USA) was the overwhelming preseason favorite to repeat as C-USA regular-season champions. Ranked 40th in the women's basketball NET ratings, the Owls' only loss came to Texas A&M, which was ranked tenth nationally at the time.

Victoria Morris added 12 points and Maggie Robinson 10 for the Monarchs.

ODU had hoped to defeat Rice with defense and superior speed and shooting. But both teams had just four fast-break points and the Owls were red-hot, making 30 of 49 shots (61 percent).

"We got a little gun shy because Mulkey was in the paint deterring a lot of shots and making people think twice," ODU coach DeLisha Milton-Jones said.

"In the first half we had zero transition points. That's unacceptable for us when we are a team full of thoroughbreds. We need to run."

And win on Saturday, she said.

"They have a huge advantage in that they've got someone 6-9 running to the rim. But they're on our court, in our town.

"We have to take advantage of the opportunity in front of us and that's to come away with the win. It has to be gritty and grimy. This is an opportunity to make a statement when you're playing a team like Rice."

This weekend's series is a rematch of Conference USA's dominant programs last season, when the teams split two games.

ODU upset the Owls, 66-59, in overtime before a jacked-up home crowd of 2,732 in February. The Monarchs lost at Rice 73-70 in their last regular-season game and the Owls won the regular-season title.

A much-anticipated rematch in the Conference USA championship game did not occur as, after one day of play, the tournament was canceled because of the pandemic.

Morris said the Monarchs had too many defensive breakdowns to win.

"We gave up 77 points and that's unacceptable," she said.

Asked what needs to change for ODU to win Saturday, she said, "we've got to get better on the defensive end. We can't play at their pace. We just have to play better."