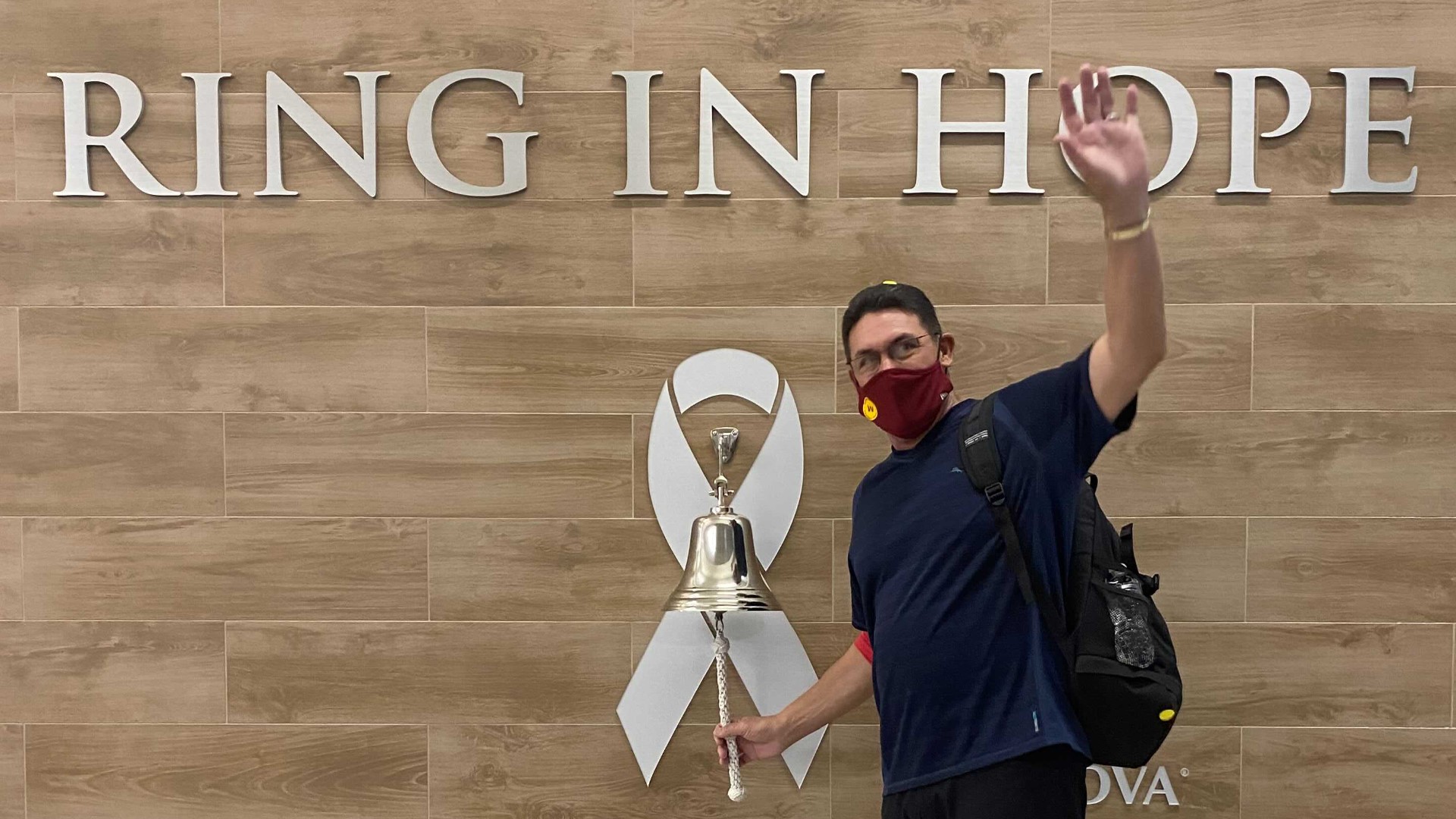 First, his team dominated the Cowboys on Sunday. Then on Monday an even bigger win. Rivera celebrated his last cancer treatment.

As it usually happens, the hospital hallways were lined with nurses, doctors and staff as Rivera walked the walk.

After the cheering, the confetti and well wishes, he celebrated by ringing the bell of hope.

It has been 7 weeks of therapy for his squamous cell carcinoma. He will still have follow up appointments and scans to keep an eye on his progress.

Rivera did not miss one game on the sidelines as Washington's head coach.