Ryan Mountcastle makes his case for the Majors

The highly regarded prospect is on a season long hot streak 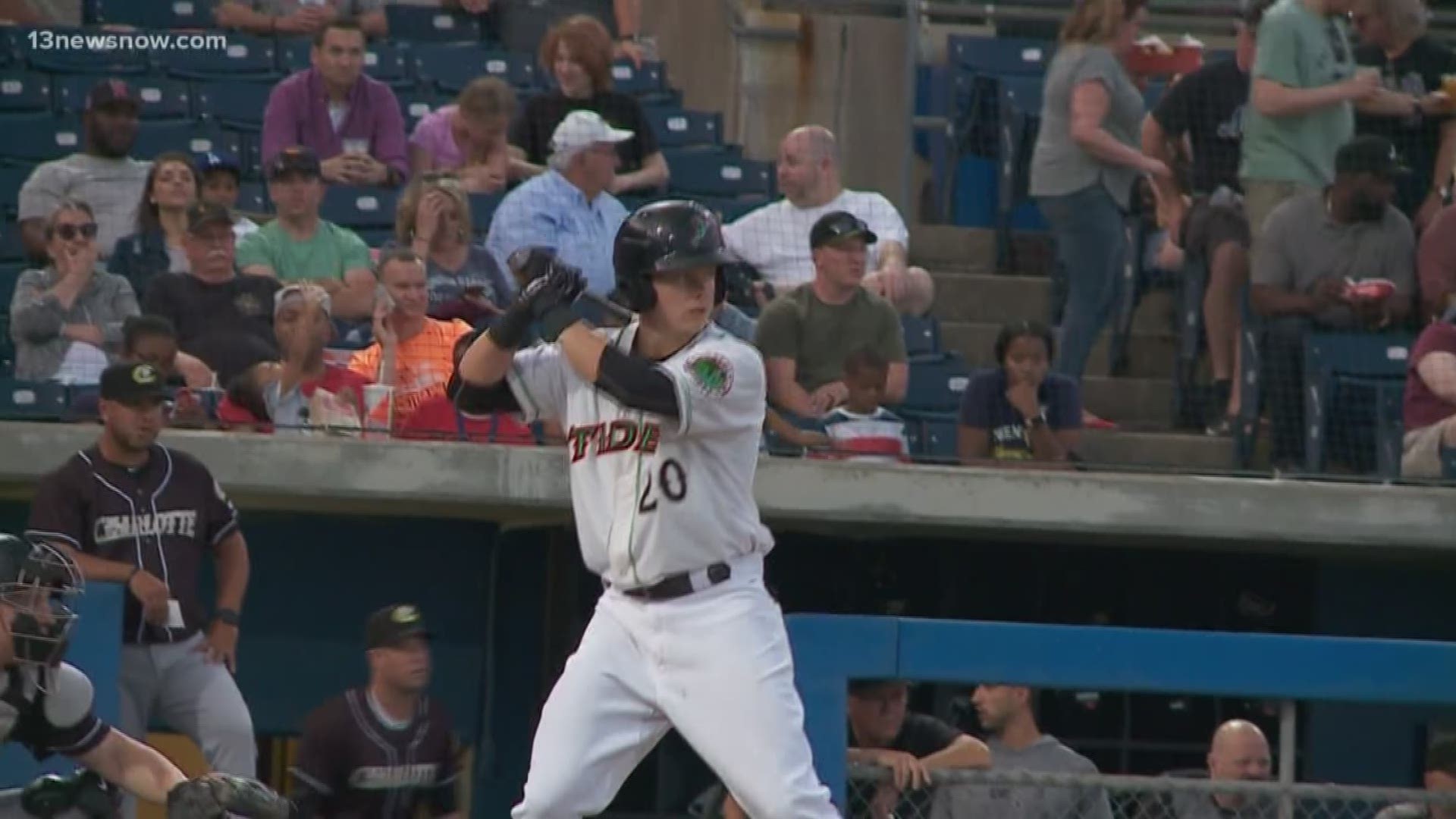 NORFOLK, Virginia — Ryan Mountcastle's first hit in a Norfolk Tides uniform went for an RBI. Roughly a month later and he leads the team in each of the aforementioned categories.

Beginner's luck turned into a hot streak, and is now morphing into a dominant season at the plate. From pitch one Mountcastle has showcase the bat to ball skills that made him a first round pick in the 2015 MLB draft.

Just 22 years old in his first season at the Triple A level, Mountcastle is the second rated prospect in the Orioles organization.

Those Orioles are theoretically set at first base, Mountcastle's position, as they trudge through another disappointing season, but with losses mounting in conjunction with impressive performances from Mountcastle, a callup may come sooner than later.

The one hold up may be in the field, where Mountcastle has hot potato-ed around the infield since being drafted. Switching hot corners this year, Ryan is currently learning the ropes at first, a process he says has gone rather smoothly. It may be all that stands between him and the big leagues.