Sizing up the NFL Draft for the Washington Football Team 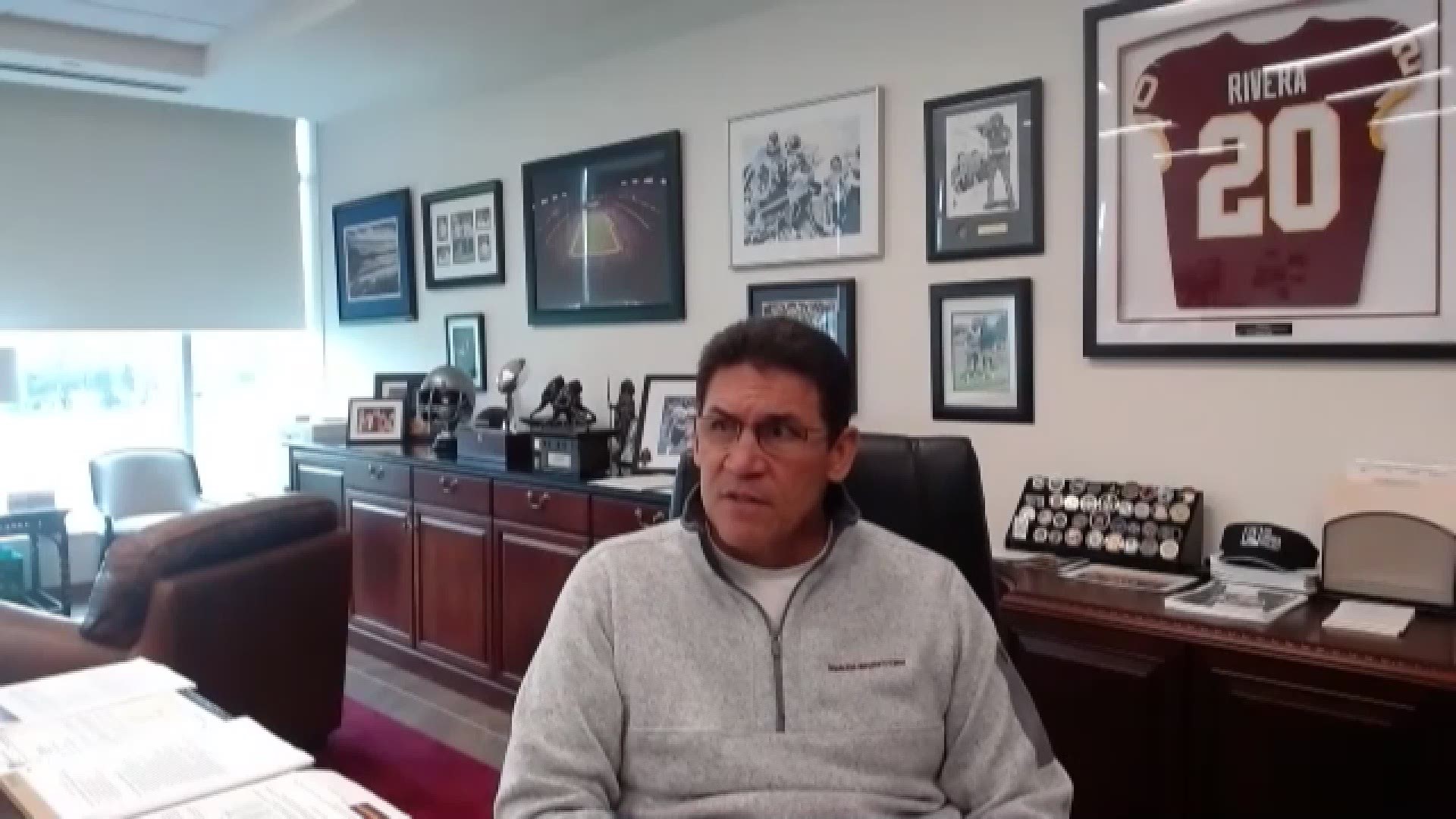 ASHBURN, Va. — In their most recent interviews about the upcoming NFL draft, Washington head coach Ron Rivera and general manager Martin Mayhew discuss what's  important for the team when it's decision time.

Washington addressed some needs through free agency in the off-season. Ryan Fitzpatrick was the most significant pickup. At the very least, he is a short term solution at quarterback.

They also addressed needs at wide receiver and cornerback through free agency. Rivera was impressed by what the front office was able to accomplish, "We've got to really look at drafting the best player available, but always keeping in mind what the true need is. I think we've freed ourselves up because of what they did."

So what does that mean for the 2021 draft? Rivera says that all depends, "As far as the draft is concerned, we're going to react to what happens in front of us."

There are plenty of teams drafting in front of Washington as they have the #19 pick. That's very different from recent years when Washington was picking players very early in the round. General manager Martin Mayhew adds a little perspective on that, "When you're picking a guy in the top 5 or top 10 you're expecting that immediate impact. At nineteen, pretty much everybody you're looking at at that spot, there's going to be something that they need to work on that's pretty significant."

These draft picks are valuable commodities. In times of COVID the only method of interaction with the prospects is through zoom interviews. That leaves Rivera wanting a bit more, "I like to see people in person so I can see everything, not just their facial expressions, but their body posture, their body language, how they react. I think you get more insight into the young people."

The NFL Draft kicks off with the first round on Thursday night, followed by rounds 2-3 on Friday. Saturday covers round 4-7. The entire draft will air on the ABC network which is WVEC, Channel 13 locally.