After transferring from Clemson, the Cox High alum is learning quickly with Hokies football. 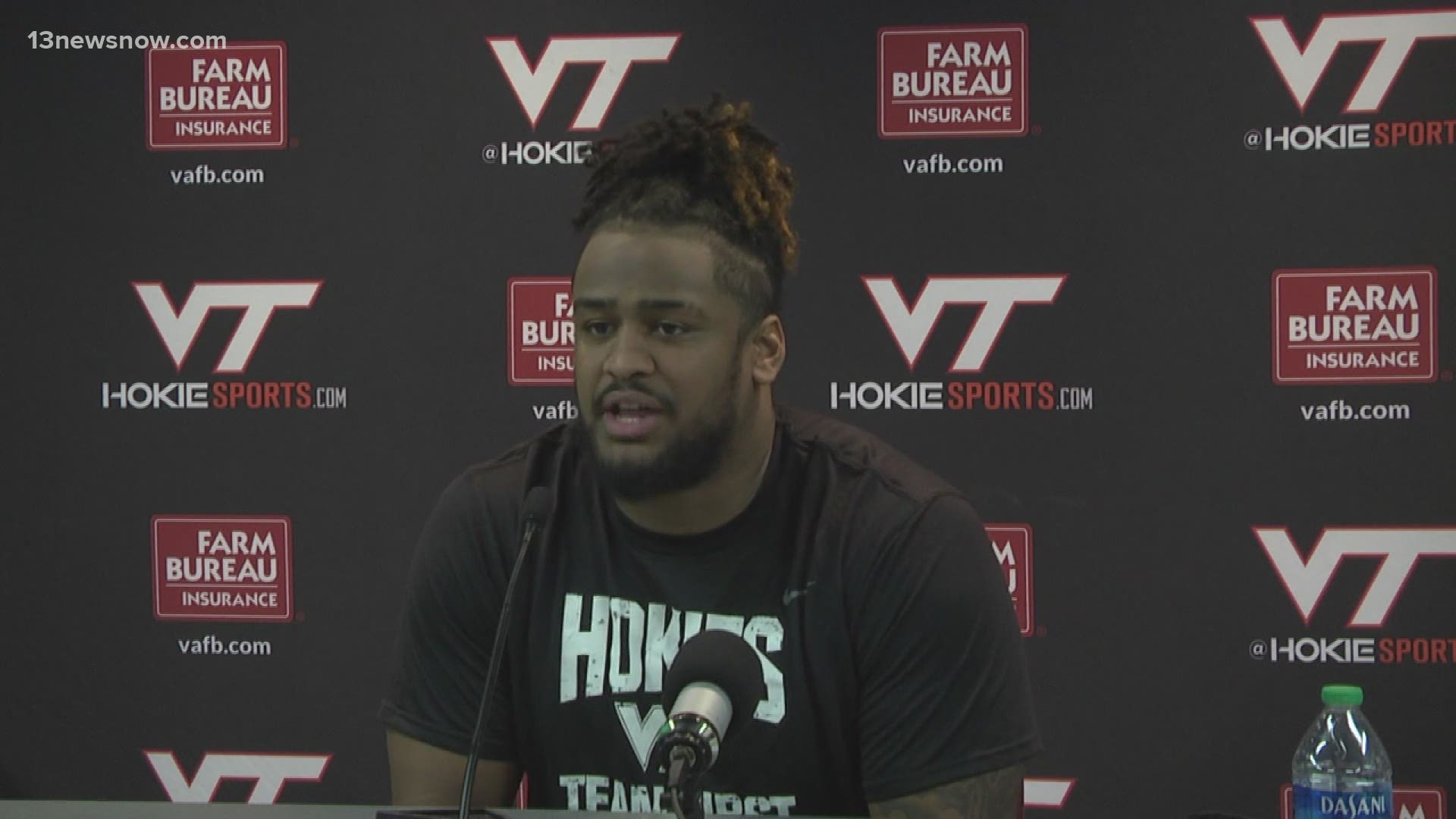 BLACKSBURG, Va. — It's something of a homecoming for Jordan Williams. After starring at Cox High School in Virginia Beach, Williams went on to play on the defensive front for Clemson. This offseason he transferred to Virginia Tech.

Williams says proximity to home was not the most important factor with the move. It was more about the Hokies defensive style, "What really lured me in was that attacking style of defense that they have. It's just guys flying around. It's just guys coming from every which way."

At Cox, Williams was rated as one of the top defensive ends in the country in the Class of 2017. He was on the field for three seasons with Clemson. He played in 38 games and started 3 times with 4 sacks as a Tiger.

Virginia Tech will plug him in at defensive tackle. There's been a lot to learn in spring practice, but Williams feels like he's on top of it, "Things happen really quick. I came in and I was really right in the fire. But I think I adjusted really well. Got to meet a lot of the guys, get comfortable with a lot of the guys. I'm feeling really comfortable. I'm around a group of guys that love to work."

Clemson is obviously one of the top programs in the country. A winning attitude is ingrained in their program and so are work habits. Williams says, "After being there for four years, it's kind of become who I am. All I know is work. All I know is leadership and communication. It's not something I come out to practice and try to focus on. I just come out to practice each day and try to be me."