Spartans clinch at least a share of division title 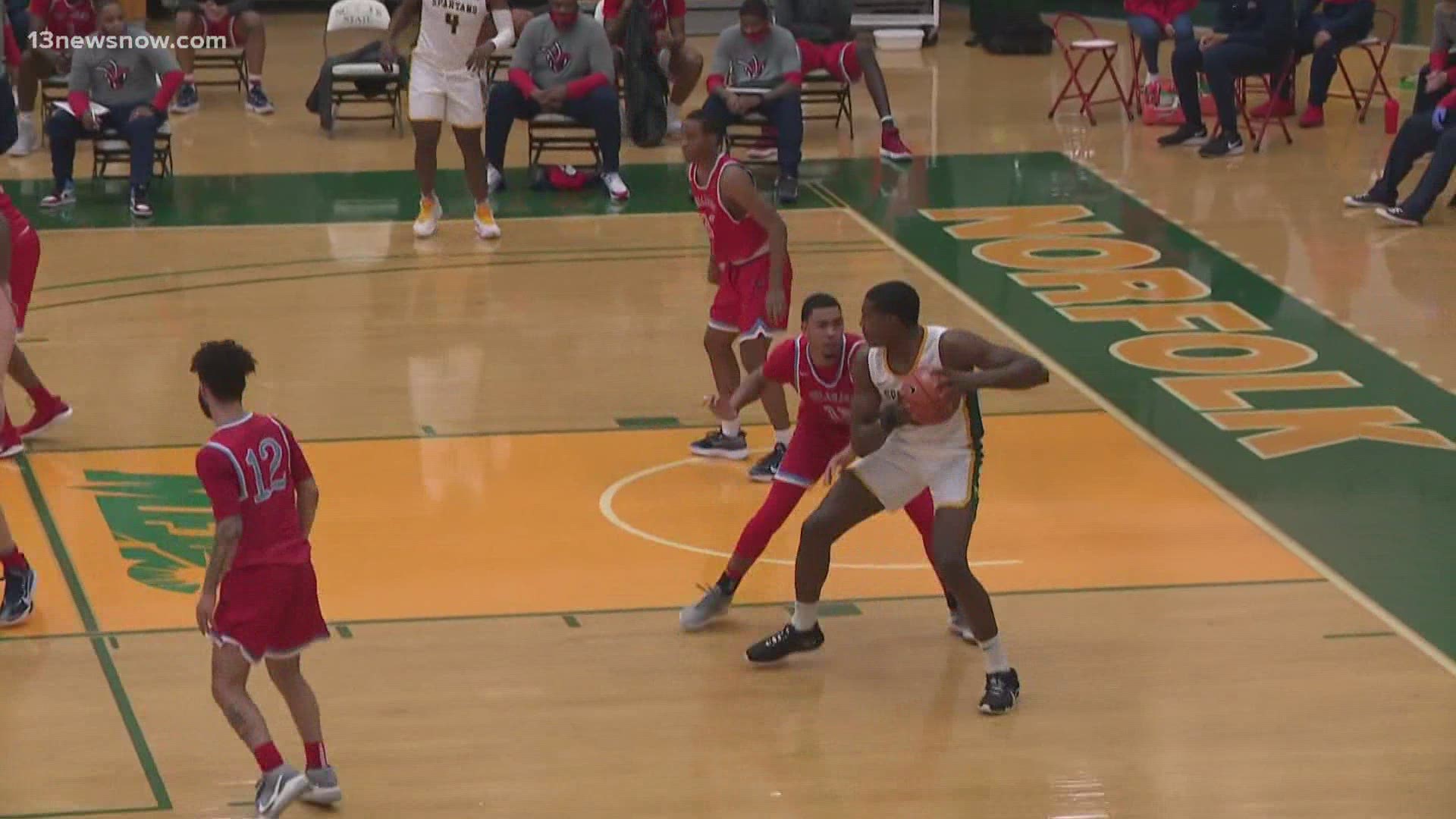 Norfolk State sits on top of the MEAC East division. With an 86-55 blowout over Delaware State, the Spartans clinched at least a share of the regular season division title.

Depending on the outcome of other conference games, the Spartans could own that crown themselves.

The stat that stands out the most in Wednesday night's game was the 28 turnovers NSU forced out of the Hornets.

The Spartans had four players in double figures and Jalen Hawkins led the way with 17.

Norfolk State (13-7, 8-4) has one more out of conference tune up before the start of the MEAC Tournament at Scope the second week of March.