Spartans get App State in 1st round; #1 Gonzaga looming in West Region

The winner will move on to face No. 1 seed Gonzaga in the first round of the tournament. 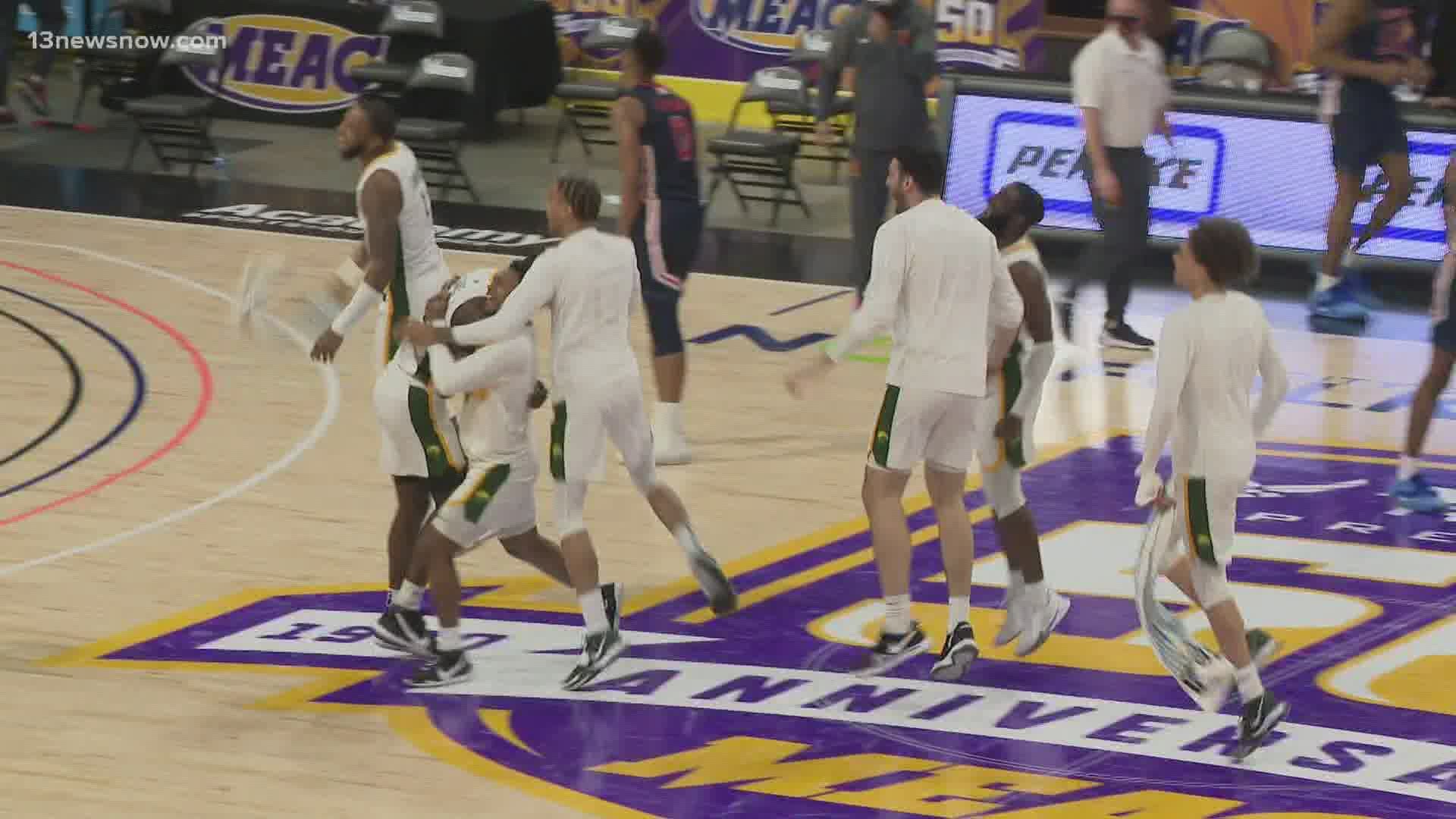 NORFOLK, Va. — On Saturday, the Spartans celebrated their second-ever MEAC title. On Sunday, they found out whom they will play in the 2021 NCAA Tournament.

There you go! @NSU_BBALL taking on Appalachian State on Thursday in the First Four!

Winner takes on No. 1 seed Gonzaga

NSU men's basketball will face Appalachian State on Thursday in the First Four as the Spartans make their second-ever NCAA appearance in their Division I era. The exact time and location for the game between the No. 16 seeds out of the West Region will be announced at a later time.

All of this year's NCAA Tournament games will be played in and around Indianapolis. The First Four games will be broadcast on either truTV or TBS.

The Spartans won the MEAC Championship over Morgan State, 71-63, on Saturday after also claiming a share of the Northern Division title during the regular season. NSU (16-7, 8-4 MEAC) will make its first tournament appearance since 2012, when the No. 15 seed Spartans upset No. 2 seed Missouri in the NCAA Tournament.

The winner will move on to face No. 1 seed Gonzaga in the first round of the tournament. This will mark the first-ever meeting between NSU and Appalachian State.