Spartans have high hopes for the future after NCAA Tourney

Despite the pandemic, NSU made great strides during this season that included its 1st NCAA Tournament appearance in 9 years. 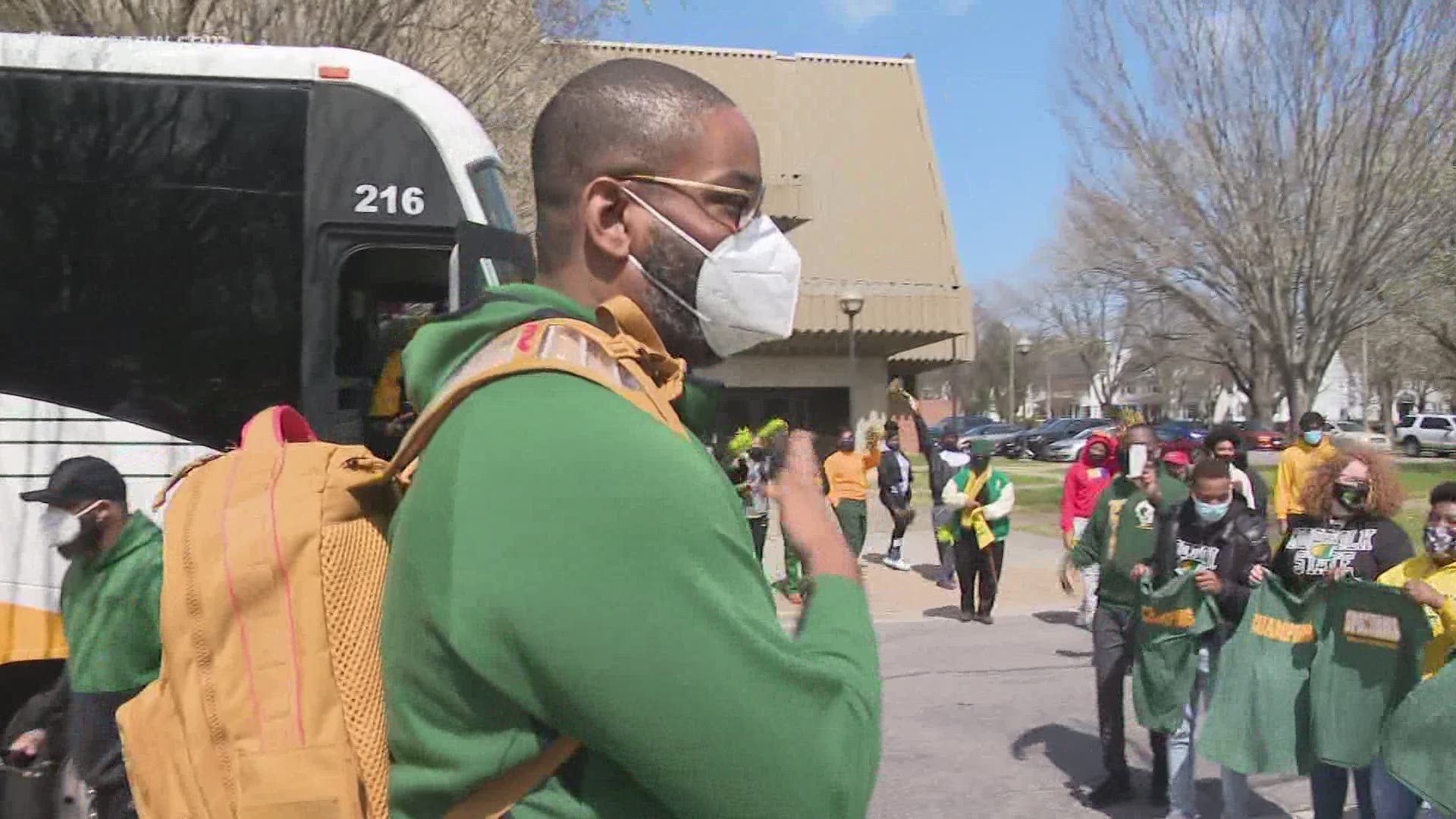 NORFOLK, Va. — No matter how daunting the task was for Norfolk State, they had plenty to be proud of as they arrived back to campus Sunday afternoon. In just their second ever NCAA Tournament appearance out of the MEAC and first in 9 years, the Spartans proved they've got something.

NSU was the lone state school from Virginia of the five on the men's side of the field to register a win at the tournament which head coach, Robert Jones saw on a tweet. "It just shows the quality of this program. A lot of times, it's underrated in the state of Virginia, but we have a pretty good program", he says.

Despite their 98-55 loss to the top seeded Gonzaga in the West Region, NSU at worst loses just seniors off this year's squad that includes guard, Devante Carter from Newport News, so the cupboard is far from bare for the Spartans. As Norfolk native and MEAC Tournament Outstanding Player, Joe Bryant, Jr. put it, "I'm going to be back. All the returners are going to be back so look forward to seeing our faces next year"! For Spartan fans, that would truly be something to behold with the green and gold.