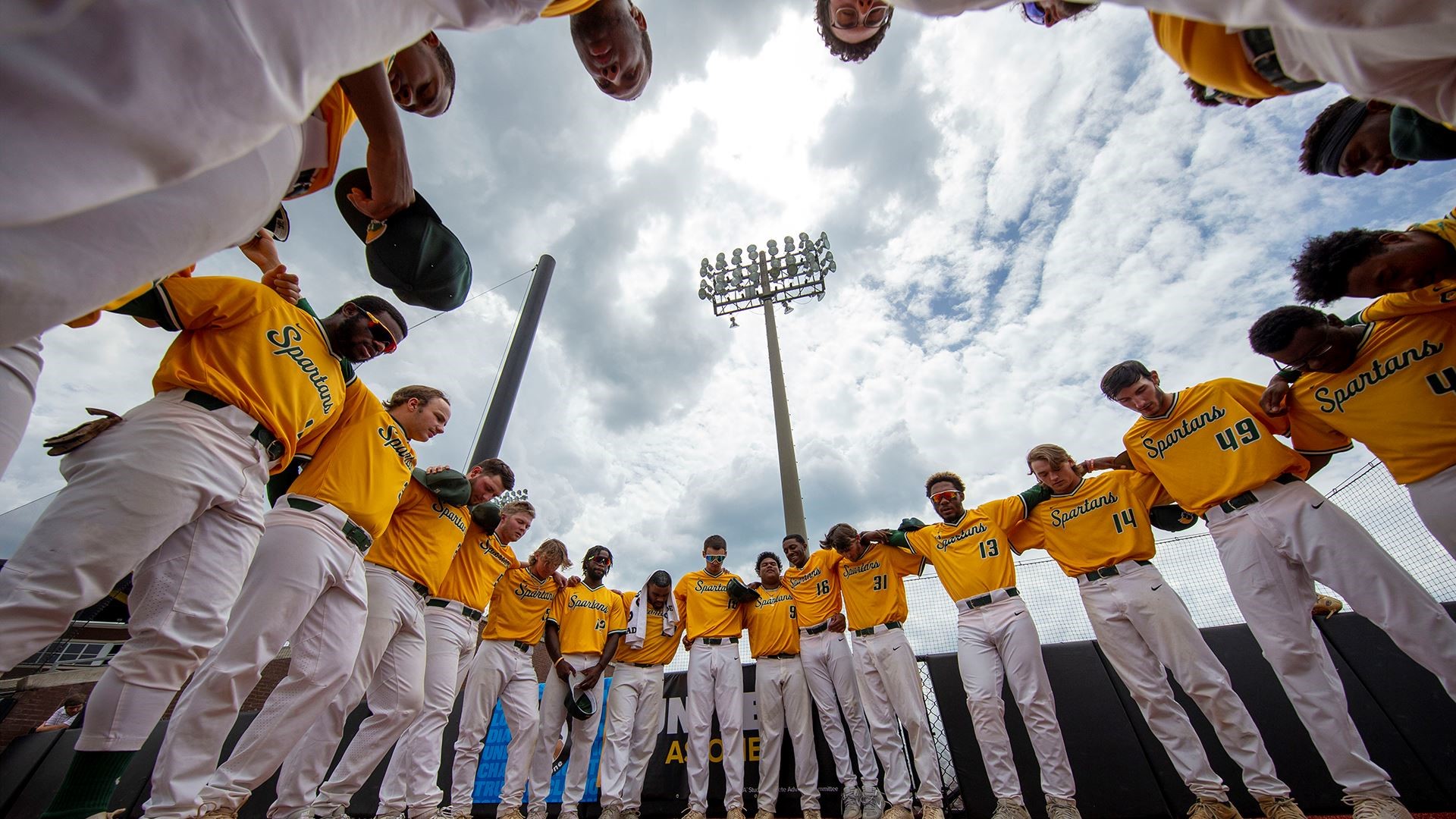 GREENVILLE, N.C. — Maryland hit seven home runs, four in the first four innings, in a 16-0 win over Norfolk State in an elimination game of the Greenville Regional on Saturday afternoon at Clark-LeClair Stadium.

The loss ended a memorable season for the MEAC champion Spartans' season at 25-28.

A disappointing end to a fantastic season. Congrats to the Spartans in an historic year!

"You've got to have some timely hitting, and we had some opportunities early," NSU head coach Keith Shumate said. "We were facing their best arm and we got some guys on base. But in the end, we needed to be able to sustain that once we fell behind and we weren't able to do that."

Bobby Zmarzlak went 4-for-5 and hit two homers for the Terrapins, including a three-run shot in the first to start the scoring. Maxwell Costes hit a three-run homer of his own in a five-run third for the Terrapins (29-17), who remained alive in the regional loser's bracket. Benjamin Cowles, Justin Vought, Troy Schreffler and Randy Bednar all went deep in a six-run fourth.

The Spartans had their chances early, as two men reached base in the first and three in the second, but Maryland starter Sean Burke escaped unscathed both times. That included a pair of strikeouts after NSU loaded the bases with one out in the second.

Zmarzlak added a solo homer in the sixth.

Spartan second baseman Alsander Womack finished with two hits and had four in the regional, bringing his career total to 211 – fifth-most in school history. Another of NSU's 13 seniors, Danny Hosley (7-2), was charged with the loss after surrendering 10 runs in three-plus innings. The John Olerud Two-Way Player of the Year Award finalist did strike out five batters and had another of NSU's five hits. Jacob Council and Adam Collins added the other base hits for the Spartans.

Burke (6-3) got the win for the Terrapins with six scoreless innings and eight strikeouts. Zach Thompson picked up the save by pitching the last three innings.

This loss only momentarily puts a damper on an historic year for NSU baseball. The 2021 Spartans won the first MEAC baseball title in school history and fifth MEAC North crown in the last six full years. NSU won at least 24 games in each of those five seasons, including 25 this year.

"These guys sacrificed unbelievably and made themselves better day in and day out. They came back from a lot of adversity," Shumate said. "It's kind of like your first love. This is the first championship for baseball at NSU in Division I. That's special. This particular group really enjoyed playing with each other. They had fun together, and that's what made it special."