Spartans season comes to an abrupt halt against #1 Zags 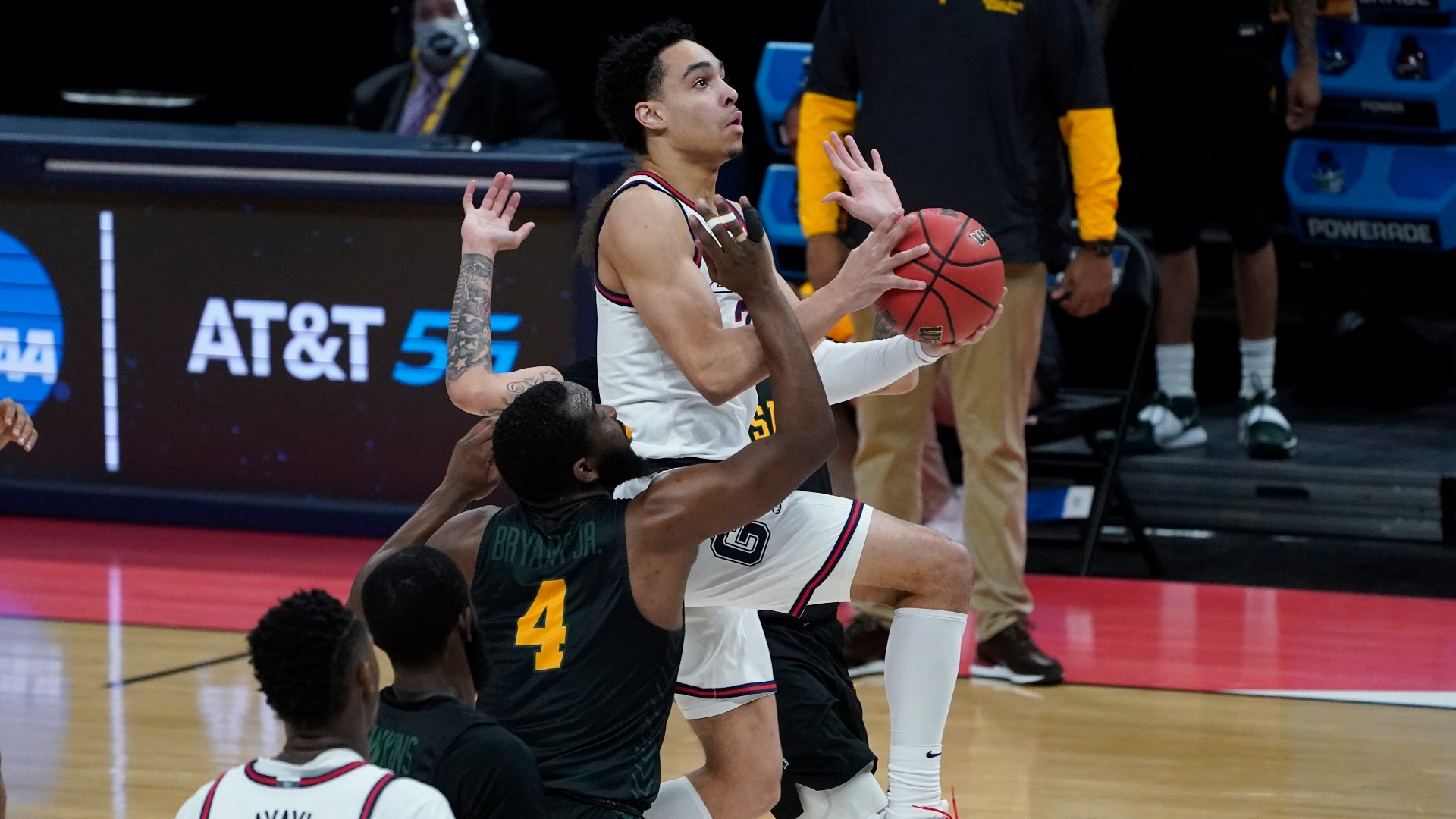 INDIANAPOLIS — Corey Kispert scored 15 of his 23 points by halftime and No. 1 overall seed Gonzaga rolled in its NCAA Tournament opener, beating Norfolk State 98-55 on Saturday night.

Anton Watson had 17 points on 7-for-7 shooting for the Bulldogs (27-0), who shook off a slow few opening minutes and easily handled the 16th-seeded Mid-Eastern Athletic Conference champions.

Spartans have no answers for the #1 Zags

1 / 10
AP
Gonzaga forward Corey Kispert reacts to hitting a basket against Norfolk State during the first half of a men's college basketball game in the first round of the NCAA tournament at Bankers Life Fieldhouse in Indianapolis, Saturday, March 20, 2021. (AP Photo/Paul Sancya)

Next up for the undefeated Zags is Oklahoma in the second round of the West Region.

Gonzaga led by 22 points before the break and kept stretching the lead after halftime, avoiding even a hint of vulnerability to an improbable upset that has befallen only one No. 1 seed in tournament history. It has won 31 straight dating to last season.

The Bulldogs made 16 of 25 shots (64%) after an 0-for-4 start. Kispert knocked down five 3s in the opening half, while Watson offered some immediate interior production off the bench.

Devante Carter and Kyonze Chavis each scored 12 points for the Spartans (17-8), who had won seven straight. The streak included a blown 19-point lead during a 54-53 victory over Appalachian State in Thursday’s First Four.

The program has a notable tournament upset in its history: a win as a 15 seed against No. 2 seed Missouri in 2012. But the Spartans couldn't add an even more improbable upset, falling behind by double digits midway through the first half as the Zags — averaging a national-best 92.1 points — started getting their offense to hum.

“I think that we let the moment get away from us a little bit,” Spartans coach Robert Jones said. “We put the pressure on ourselves instead of the pressure being on them. Because honestly it was no pressure on us, but we played that way.”