Spartans win with a full dose of March Madness 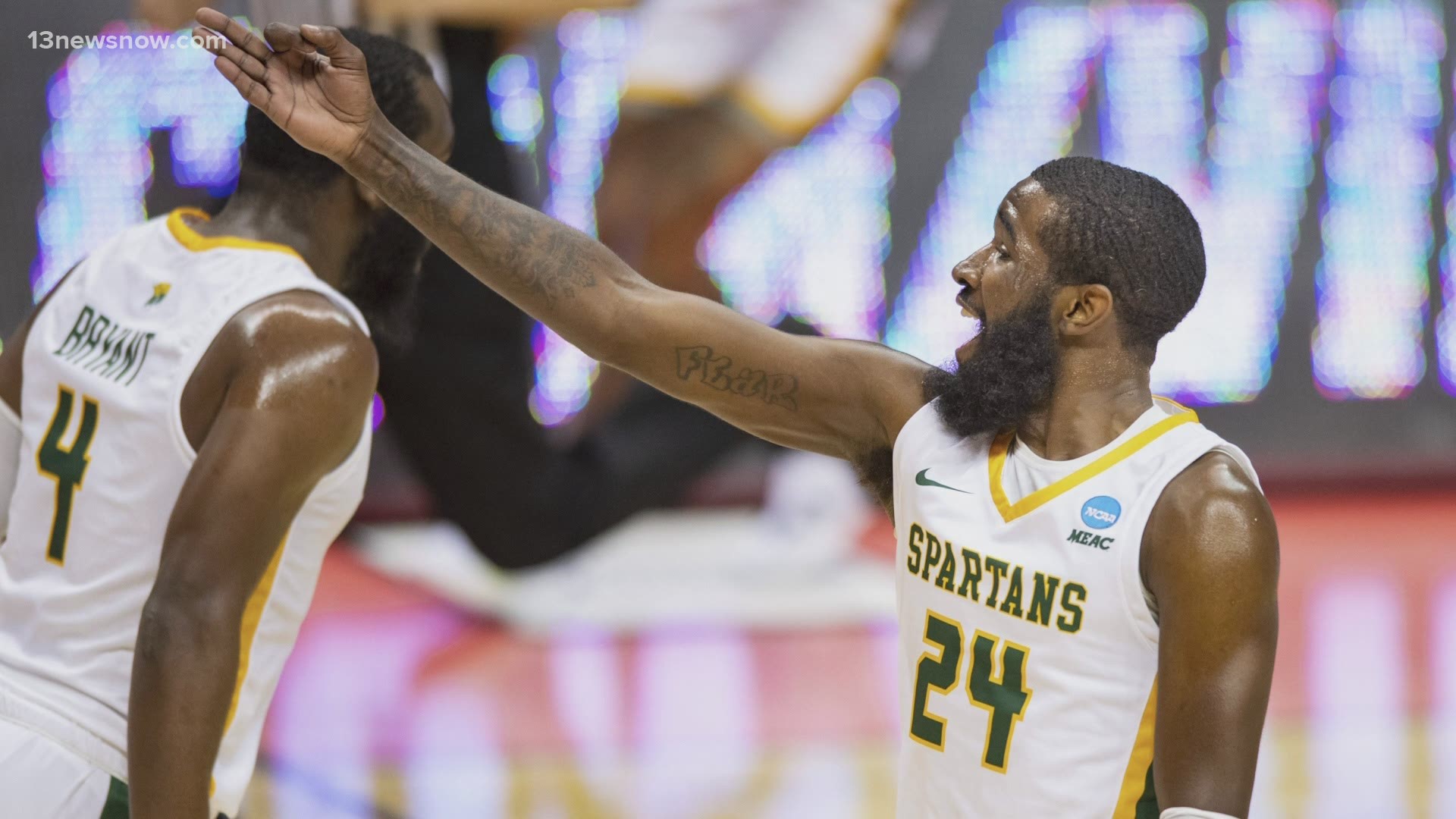 BLOOMINGTON, Ind. — Now that's how you do the March Madness thing. Norfolk State went on a basketball thrill ride in their First Four game. When the ride came to a stop they had a 54-53 win over Appalachian State.

The Spartans came out with major intensity on both ends of the floor from the start. Sparked by Jalen Hawkins, NSU went on a 15-0 first half run and led by 16 at halftime.

Hawkins scored a career high before halftime and finished with 24 points.

Then came the second half. The Spartans lost their touch and their aggressive nature. The Mountaineers went on a 16-0 run themselves and took a 6 point lead.

NSU recovered to outscore Appalachian State 9-2 down the stretch. Devante Carter hit two free throws with 8 seconds to go to give Norfolk State the lead and the win.

Spartans head coach Robert Jones summed it up nicely afterwards, "Wow! What a game. March Madness is back right. Survive and advance and that's exactly what we did."

Next up, it's the number one team in the land. Norfolk State goes up against undefeated Gonzaga Saturday night at 9:40.